The Force Nods Off 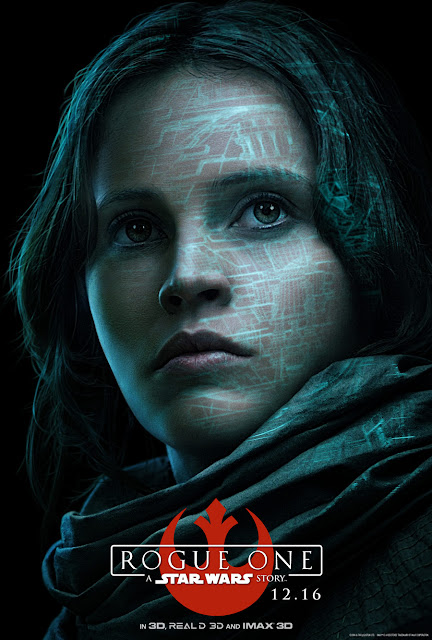 Just got back from seeing Rogue One tonight, and I'm sad to say that it's not nearly as good as it could have been. While it beats any of the Prequels, I'm having a hard time deciding whether it beats out Return of the Jedi or not. Especially when it progresses so slowly that I was actually imagining a much better ending during the actual ending... never a good sign.

The script, to put it bluntly, is an unfocused mess that was obviously rushed out too quickly. We spend way too much time jumping back and forth between half a dozen planets, and talking (talking... talking...) to a lot of characters that the movie didn't need in the first place. In fact, the actors have so much dialog to chew through that about 2/3rds of the scenes sound like they're speed-reading from a teleprompter (especially with Erso's Dad). Two of my 3 kids were nodding off half-way through in boredom.

So many of the characters lack proper emotion, purpose, or logic to their actions. Certain things happen, not because they make any sense, but because they have to in order to move the story along. Other things happen that span multiple planets for no real story reason, except to show off more digital scenery. Oooh! Look! Another Jedi Temple!

The main villain, Krennic, is a whiny douche who is totally overshadowed by two other side-villains that should have been focused on instead. At least Kylo Ren was good for some emo-rage, and General Hux could throw some spittle around. This guy just wilts between odd moments of frustrated shouting.

Oh, and if you were expecting some kind of meaningful link between Ersa and Rey, forget it, because that potential was wasted. Even though Ersa was carrying around a certain special item that could have solidly linked her to a pre-RoTJ Luke in a later movie. The film takes the time to show it and talk about it like it's important, but then never really uses it.

The Empire also needs to find a new data storage vendor, because their data library is ridiculously unusable.

On the positive side, the robot is really funny, and the battles are pretty, even if they're not terribly logical. Vader's 10 minutes of screen time is worth the price of admission all by itself, and some dead/old characters are nicely brought back in their A New Hope form though CGI, and clever re-use of 1970's footage with new voice-overs.

So you know... see it... because it's Star Wars. But don't go out of your way to see it early. Think Thor: The Dark World in terms of expectations.