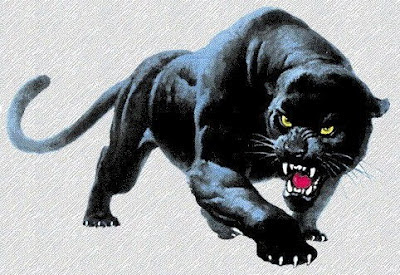 Battlefront's John Paul has promised to 'think about' listened to their fans and compromised on their BF-only models decision for their own tournaments. But whatever comes of that (local money is was right on them switching to a percentage system as GW used to do), they're not relying on this ban alone to help fight off the gains that The Plastic Soldier Company has been making in the 15mm market. Because I noticed today that their latest update includes a new plastic Panther offering of their own. Welcome to the fight Battlefront! Let's take a look at what you have! 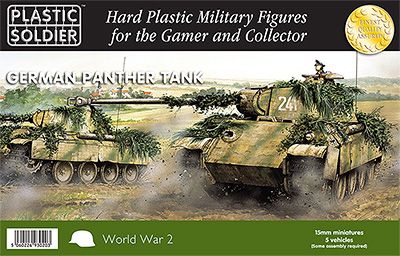 First up, the competition. The Plastic Soldier Company sells a pretty nice Panther sprue with parts for the A, D, and G sub-types either one at a time, or 5 to a box. If you buy them retail, the 5-tank box will cost you $26.

I've seen them assembled (and painted) at the FLGS, and I've been pretty impressed with the quality. Just as I have with my own Panzer III's and IV's that I've bought from them. The detail is crisp, and the parts fit together nicely. The only complaint that I've heard about them is that the tracks are annoying to put together. Since they come in 2 separate pieces that have to be fitted around the wheels. Notice the depth of the detail on the road wheels, and how the drive wheel in the front is a separate piece.

It's the same as the assembly on my own Panzer III's and IV's. There is a seam at the front and the back that breaks the pattern of the treads. And some of my own tanks (not from this kit) have had the 2 halves not quite fit together cleanly. Or have had the seam skewed, such that I have had to shave off some plastic from one side or the other to make them look right. Personally I don't mind that, but a purist might. You will find the occasional dimple too (the worst is on the commander's back), but most of these are subtle and are either in places that you won't notice, or are easy to fill with Liquid Green Stuff.

The sprue itself is well laid out and has the distinctive look of a CAD-modeled sprue whose mold has been digitally machined. It reminds me a lot of Games Workshop's digital plastics work, where there's no wasted space on the sprue at all, and the parts are tightly packed.

Note the 2 tank commanders on the left side, middle. They're EXACTLY the same as the ones on my Panzer III's and IV's.

CAD is nice like that, because if you're pumping out a bunch of similar products, you can save time by re-using parts between models. While you still have the ability to put them anywhere on the sprue that you want. You also get the ability to re-size the same design up or down into a different scale and make other molds for different markets very quickly.

And if you needed any more proof that it's made directly from a CAD model: 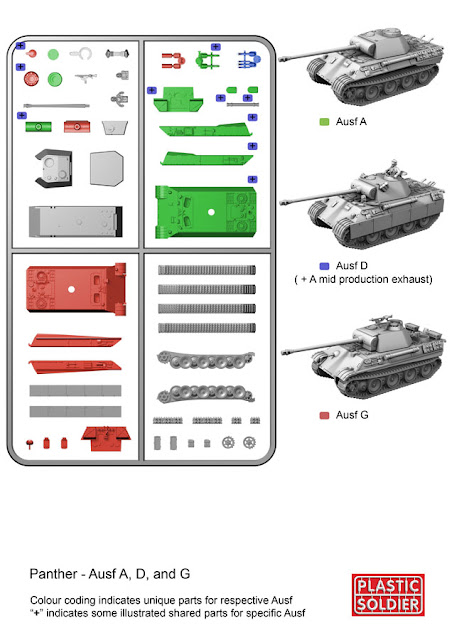 Now let's look at what Battlefront is offering. Their Sprue is priced at $5.00 each, and can be used to build not only the A, D, and G models of Panther, but the Jagdpanther too.

Um... that's not digitally designed. It's obviously been done by hand. In fact it's distinctly old-school in appearance. It looks like every plastic model car sprue that I ever saw growing up. Where they arbitrarily placed parts within standard frame sizes when creating the mold. That can't be efficient.

Maybe there's a sprue missing, but the copy says it's one sprue for $5.00. So what's going... uh oh. The advert/announcement doesn't say 'Plastic Panther Tank', it says 'Plastic Panther Sprue'.

Now I get it. You're supposed to use these plastic parts with Battlefront's EXISTING RESIN KITS! 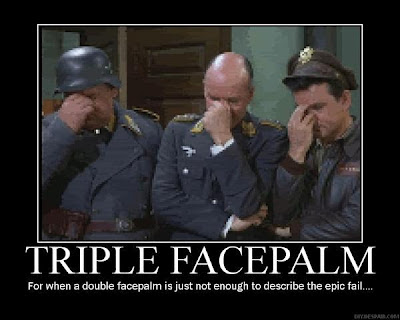 So I'm supposed to buy a Resin Panther or Jagdpanther for $14.00, then buy this kit for another $5.00 to replace the metal components with plastic ones. All so I can pay $19.00 for a single tank that I can use in the 8 BF tournaments next year that I MIGHT want to go to. Because obviously we'd all buy BF models if only there wasn't any metal in them. Oh, except for the pumkin-headed metal commanders. You still have to use them.

Or I can pay just $7 more and get 5 plastic tanks of superior quality from PSC and stick to independent events.

Even if Battlefront uses this new sprue to replace the metal parts in their existing blisters and boxed sets, what will that get the price down to? I'm betting $9.99. But even at $7.00 I'm not going to buy a resin model with crappy plastic glue-ons. Look at those 2-part gun barrels. That seam alone would dive me up a wall every time I looked at the model.

When I started this post I really thought that Battlefront had stepped up it's game (or at least started to) and finally addressed the Plastic Soldier Problem. But now I'm pretty disappointed. Not only in the product itself, but in the (lack of) strategy that it represents.

So here's what I think that Battlefront needs to do: It should buy the Plastic Soldier Company.

Battlefront, you obviously have no plans to go digital in your model creation process, and you REALLY need to. SOON! So the easiest way to get that expertise and experience is to buy it. Because you only have 2-5 years before you have to face the full fury of the 3D design and printing revolution. Which the small boutique plastics manufacturers like PSC are only the leading-most edge of.

Think about the upsides:

Model (on the computer) once, and kick out molds of a model for every single WWII gaming scale. Extreme changes in scale will require some additional details (or their removal), but you can then branch out of 15mm anytime that you please without having to completely re-model everything first.

You can also build up a catalog of parts that can be re-used in any new release. So tank commanders, guns, stowage, and whatnot can be shared amongst multiple models at zero additional sculpting cost per sprue. Which also leads into the next advantage.

2) It Reduces Your Inventory Costs

Right now you're kicking out boxes and blisters that use a lot of standardized parts between them. That means that someone has to go through all that inventory and match up part X with product Y. This costs a lot of labor, and contributes to your quality control problems. Wherein tanks come out of the box with 2 left tracks or other such sorting mistakes.

But with digital, that problem goes away. If a tank shares something with another tank, just digitally drop it onto the sprue before the mold is made. Your new releases are then 1 sprue per product and don't have to be sorted at all. Your quality then goes up, and your labor costs start falling.

3) No More Pumpkin-Heads And Weird Hands

When a hand-sculpted miniature is made, there's not much that you can do later to correct it's proportions. But when you design a miniature digitally, you can re-size and modify the proportions of a model at-will. Look at the tank commander on the PSC sprue above. Or better yet, look at this pic that I took of my PSC PzIV commander: 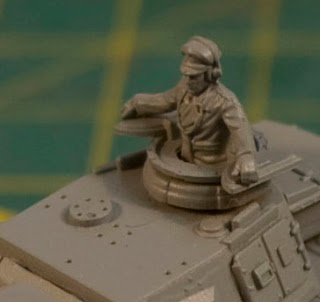 That's more fine detail, and much better proportions, than even the best miniature sculptor can do by hand. And it's going to be the norm for every new plastics manufacturer and garage resin caster that springs up over the next few years. You simply can't keep sculpting your infantry figures by hand, casting them in lead, and compete once PSC and others start producing infantry en-masse.

But wait, they already have. At least for the most common late-war troops.

Sure, you'll still need to go non-plastic for a while on your lower-volume infantry sets. That's where resin (and not metal) can fill in. But you still need to design those miniatures digitally.

4) PSC Has Products That You Can Sell Right Away.

And that's the big thing. Buy them, mark the sets up a few bucks to pay the loan back faster, and you've got a running start into digital production.

I know you guys think of yourselves as the good-GW, and dream of having everything they do. Because many of your top guys started there. But times are changing, new technologies are here, and what worked for GW in the past won't work you (or them) in the future.

They changed over to digital years ago, and have been reaping the manufacturing benefits for a while now. When the 3D printing revolution hits, they already have, on the design and manufacturing end, the technologies and techniques they need to compete using high volume plastics manufacturing to stay cheaper than what a home 3D scanner-printer will be able to reproduce their models for.

From a corporate standpoint, GW may not be able to cut down it's sky-high margins and stay in business, given their management and investor issues. But they do have that design and manufacturing capability. You need it too!
posted by SandWyrm at 8:47 PM