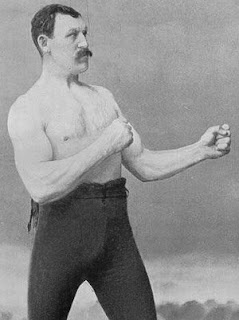 I'm going to be up in Chicago all next week with the family, and Mrs. SandWyrm has promised me a 40K night while we're there. So I figured that I'd head over to the Battle Bunker to meet some new people. I can go either Tuesday (Dec. 2nd) or Wednesday (Dec. 3rd) evening.

Anyone from the Windy City (or thereabouts) want to fight the Tallarn 13th? I'll be bringing the 1750 tourney list I'm currently testing. If you're up for a game, just click on "SandWyrm" over on the right side of the screen and send me an email.

There's been no takers so far, and Mrs. SandWyrm wanted me to pick a day, so I've chosen Wednesday night over at the battle bunker.

Well, I WAS going to Chicago. But my laptop took a hop, skip, and a jump down the stairs today. Which means I can't go traveling and also get my work done until it's fixed. Oh well.
posted by SandWyrm at 1:32 PM 0 comments 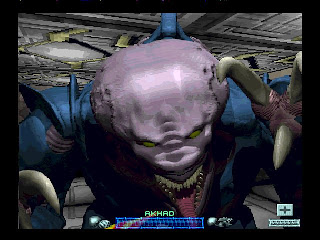 Turnout was good a the South Store yesterday. But nobody was playing 40K! When I got there at 6:30, I saw 3 large games of Mordheim (one with really awesome custom terrain someone had brought in) and a Warmachine game. The regular 40K players had finished playing some MTG and were just hanging out. I'm not sure what's up, but this is the second time in a month that other games have predominated. (more...)

Contemplations On The BoLS Divide 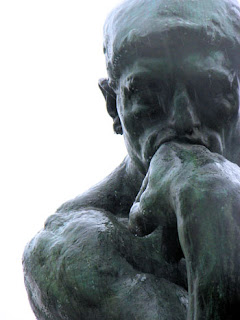 While we're waiting for Farmpunk to post his tourney report, let's think for a bit on this question:

The GW IP bullies are at it again. It seems they didn't like the Aquilla in the logo at Librarium Online.

It's been changed to comply. But this is stupid. The Aquilla dates back to the ancient Romans, and LO's logo looked more like the Aquilla used in several Eastern European state seals than the one in the 40K logo.

There's nothing like alienating the community that buys your products. Morons.  These websites are doing more to help the hobby than GW is. They're even going after sites that use GW images to sell GW products!

Maybe I'll finally make a banner logo for the Back 40K. I'm thinking of the great seal of the United States, with an extra eagle head, holding a paint brush and a pair of dice. Let GW complain about that!

It took some Google-Foo, but I finally did see the logo they were selling on their t-shirts. And it does look like the GW Aquila logo was copied and pasted (artfully) over the rest of their own graphic.

So hand-smack to LO, and apologies to GW.

Battle Report: Tallarn vs. The Death Korps of Krieg 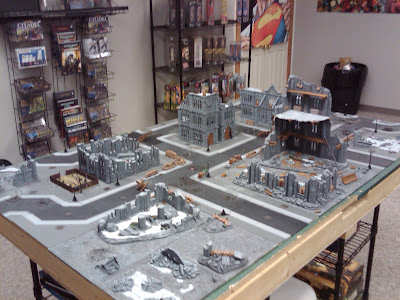 I went down to Blue Moon Games last night for the first round of the escalation league. Where afterwards I picked a fight with the Death Korps over BMG's lovely city table. (more...)

so here we go. a List submitted to us for critique. 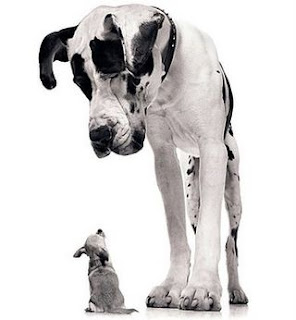 Farmpunk and I headed down to Blue Moon Games in Moorsville to Hook up with BlueMoon for the escalation league he was starting. Turnout was good, and he has 25 people signed up. Though some of those won't be starting until after Christmas.

I wanted to let you all know we're adding to the back40K cast of usual suspects. 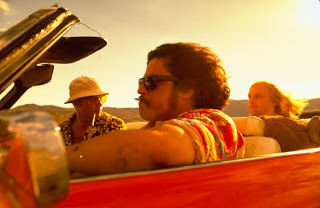 Sandwyrm and I both got asked my BlueMoon to come down to his neck of the woods (Mooresville, IN) Southwest of Indy to take part in an Escalation League.