Napoleon Versus Gandalf Versus Math (or Why Games Workshop Keeps Failing)


Sandwyrm and I have been using the Nottingham Style as short hand for everything we don't like coming out of, well, the game designers in Nottingham.  After Sandwyrm's recent critique of Gates of Antares and a run through of my copy of Warmaster: Ancients. I think I've finally quantified what it is about these game systems that often leave me unsatisfied.  And it all has to do with History. 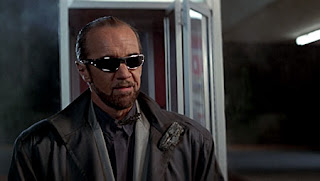 So let's all jump into our phone booths or time machine of choice and travel to the magical time of the 1980s.  There we find a little importer of American role-playing games looking to expand their miniature lines.  A couple of guys who love RPGs and historical games make a little game called Warhammer Fantasy Battles.  While I like to trash GW just as much as the next internet know-it-all,  I think what they did was transcending.

Historical gaming has always been at the root of our hobby, and history carries baggage.  Historical games are trying to recreate something real and tend to venture into the land of simulation.   Designing games is an exercise in abstraction.  Any time you try to abstract how effective armored cavalry charges are, you have to deal with someone bringing up the battle of who-knows-where of 13-something-or-another where they get their rears handed to them by a bunch of dudes with slingshots. This limits the ability to simplify and streamline a rules set.  It leads to rules filled with exceptions and special cases.  And that's just how the games were written.  It was such a standard that even games with no basis in reality like Star Fleet battles have rules that read more like engineering textbooks. 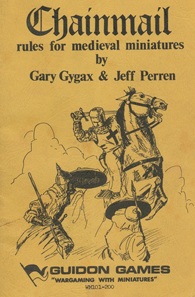 Thankfully, Tolkien wrote The Hobbit and Gary Gygax invented role playing games.  Now you had a popular genre less based in reality that attracted a new type of gamer into the mix.  Even D&D grew out of a historical game, but when your characters are throwing around fireballs and riding dragons you can start bending reality to fit the abstractions.  This is something that I think could have only grown from the fantasy genre.  Sci-fi attracts toi many engineers that are unphased by technical manuals masquerading as games.

In software engineering terms, Warhammer merged the D&D branch back into the main line.  Now you have the potential for a table top war game where abstraction wins over reality.  You can write a rule that seems unrealistic and just roll with it cause, literally, a wizard did it.  That was big, but war-gaming was still tethered to it's roots.  While well abstracted, the core mechanics still came from an attempt to simulate something real.

Then, another transcending moment happened in the early 1990s.  A math PhD created Magic the Gathering.  What's important about magic isn't that it's collectible or that it's a card game.  It's that Magic is pure abstraction; a combination of mechanics and mathematics.  Magic cards might as well have pony pictures on them.  The setting, lore, and art is just a veneer.  This would just have been a footnote in the history miniature gaming if Privateer Press hadn't did what GW did two decades before.  They merged back into mainline.  This time with the lessons learned form 10 years of CCG gaming.

Why did Warmachine catch on when so many other attempts to slay the GW beast failed?  I don't just think it was because late 3rd and 4th edition 40K were weak.  I think it was because at that point most gamers had come into the hobby playing CCGs first.  They didn't cut their teeth on Advanced Squad Leader or even Advanced Dungeon and Dragons.  Warmachine was a miniature game for people who played Magic and D&D 3rd Edition by guys who played Magic and D&D 3rd Edition.

Based on this I propose the following two definitions:

A sub set of tabletop war-games created from an infusion of RPG mechanical abstractions onto a core of historical simulation.  A Nottingham rules system will tend to be built form a core rule and many ancillary exception rules that break the core rule. Exceptions can trigger simultaneously requiring players to calculate many factors to resolve all mechanics.  The game is complicated.

A sub set of tabletop war-games that begin as a core abstract game.  And abstract core rules system often represent a precedence of operation that define how ancillary rules function.  Rules tend to operate as a stack where each operation logically leads to the next.  The game is complex.


One thing I want to make clear.  Just by being one school or the other, does not make a game inherently better or worse.   If a Nottingham game is sufficiently streamlined or you can parse the verbosity of the rules, they can be great games.  Conversely, abstract clear to understand rules can just straight up stink for a variety of reason (cough, cough, Relic Knights).  For the most part, rules are just the transport medium for a game.  You can take many different roads to the same destination.

There are some definite advantages and disadvantages though.  See, a Nottingham game lays everything out up front.  The core rule-book is the bulk of the rules.  When you add to the game, you are taking a small input and running it through a very complicated algorithm.  With enough time and data you can predict what happens, but often it's more time and data than you usually have.

How often did a 40K codex subtly change the meta?  Wasn't it usually pretty binary?  Either it blew everything previous away, or it was completely skip-able.  You dumped the new codex into the machine and out popped a thumbs up or down.  If you wanted to subtly change the game, you'd have to re-write whole sections of the core rules.  This is why guys like Stelek said 40K had no meta.  You could add to the system, but the system never changed.  There might be new top codex every 3 months, but the rest of the game gets to sit there and go stale.

Abstract games put very little of the rules into the core.  They are pretty much a skeleton filled in by the various units in the system.  A unit will modify the core rules, then another unit may come through and modify it again.  They system may even go recursive.  This type or rule system is very easy to grasp at first.  Often because you only have to deal with parts of it in isolation.  You can buy an X-Wing starter and play the game without ever needing to know the rules for cloaking or medium ships. X-wing lets me play with 5 pages of rules.  Buy a Flames of War starter and there's 200 pages of rules to read before putting a model on the table.  Abstract games scale to your level of commitment.

This is why X-Wing and Warmachine have a meta.  Do something as subtle as give a ship the ability to do an action before a maneuver in X-Wing and watch how it changes what lists people bring and how they play them.  Though you probably got to a point playing one of those games where it went from fun to exhausting and you can't really pinpoint why.

Unfortunately, because of their complex nature, an abstract game can eventual collapse under it's own weight.  There gets to be too many special rules, and you can no longer adequately predict or test the system.   This happened with Mk 1 Warmachine due to off turn interrupts that had to be fixed by creating a whole new edition.  Even then the core rules barely changed.  It was the special rules that were purged and re-implemented.  It almost happened with X-Wing but was averted when cloaking was nerfed.  In the end, a Nottingham game gets a new edition when it becomes stale,  an abstract game get a new edition when it goes super-nova.

Magic get's around the complex cascade failure issue by cycling sets every year.  Keeping constraints on the possible growth of an abstract game keeps it fresh and healthy.  Games like Warmachine and X-Wing should adopt this approach.

So why is this a GW fail article?  Other than them being the biggest purveyor of the Nottingham approach(and add some click-bait)?  Their games are failing to deliver in a market full of ostensibly simpler games.  Age of Sigmar is GW trying to do abstract, and just not getting it.  They think it's about writing less rules, but they are still making a Nottingham game.  You can't make a poem by deleting chapters from a novel. They end up excising the parts of the game that actually make it work.  They then try to substitute random for complex and it fails every time.

It also doesn't help in that the community doesn't know how to ask for what it wants.  We say simple when we mean abstract.  We talk about skirmish vs mass battle, but those aren't adequately descriptive terms.  Our tastes and opinions are very instinctual when it comes to games we like and don't like.  The market is rewarding abstract games. And while you can make good Nottingham style games, you're going to be more successful with something like X-Wing.  An adaptable grow-able game is a much easier sell.  And the people that use magic as their gaming touch stone is growing at the same time the Advanced Squad Leader grognards are retiring out.

posted by CaulynDarr at 3:17 PM