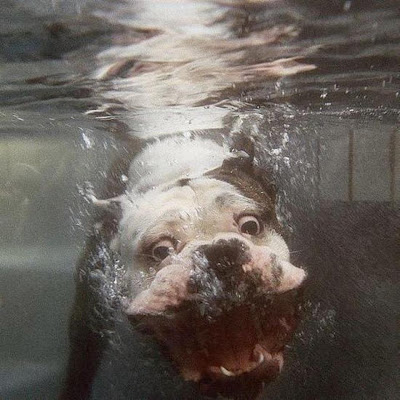 There's been a lot of speculation this year about what's up with GW's sudden explosion of new products. Some folks thought that GW had finally woken up and seen the money that they were leaving on the table. Some others thought that GW must be setting itself up for a sale (or Kirby's retirement); by pumping its numbers up as high as possible. But I took a different view... That GW was just doing what it had to do to prop up flagging sales after the general disappointment of 6th Edition. Turns out, looking at their just-released financial report, I was right. 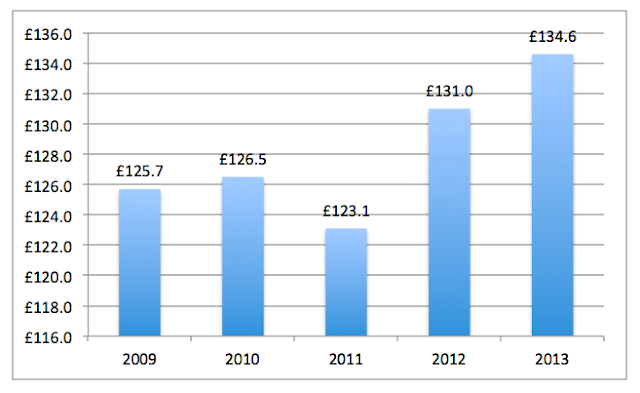 Total revenue went up 2.7%. Which is much less impressive than the 6.4% jump we saw in last year's report. Growth is growth though, certainly. It beats a poke in the eye with a sharp stick, after all.

But let's see what happens when we inflation-adjust the 2009-2011 numbers using the Bank of England Inflation Calculator. Since 2013 numbers aren't available yet, I assumed that the 2013 rate will be the same as the (official) 2012 rate of 3.2%. 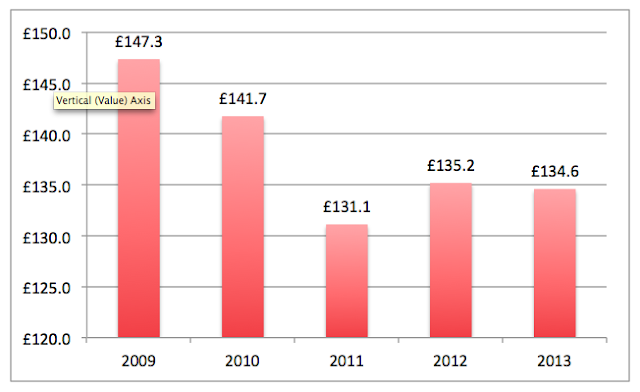 The picture looks much less rosy then. Instead of a mild increase, we get a slight loss in revenue. Notice how high the (inflation adjusted) revenues were in 2009 though. That's not a positive long-term trend. 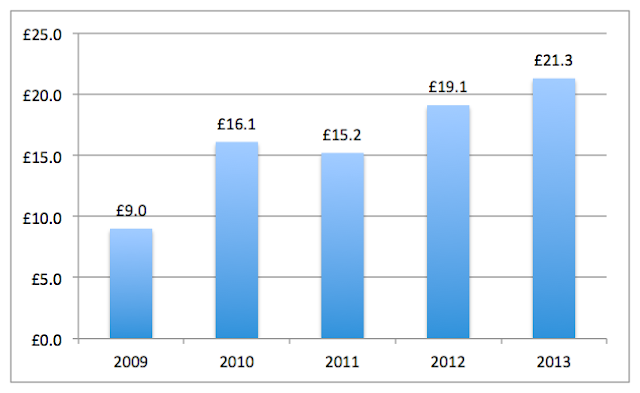 A 1.1% increase in profit isn't much to write home about. But at least the trend is positive. They may have pulled in much more revenue in 2009, but GW is making more than double the profit now.

Let's look at the Inflation-Adjusted numbers: 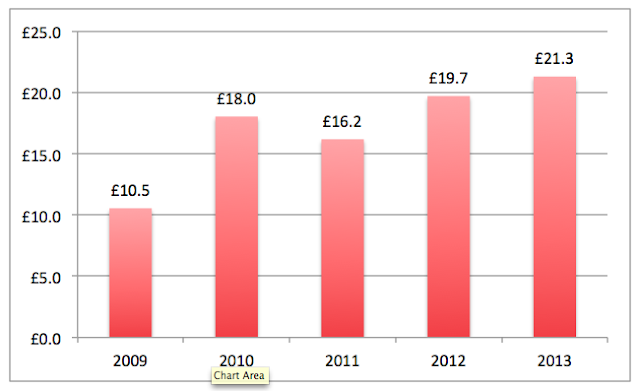 The numbers are a bit closer, but the overall trend is still positive.

Note however, that the 2013 increase came amidst a very large (71%) drop in video game royalties. While GW's non-royalty profits made up the difference with a pretty good (29%) rise.

But What About Sales?

So what kind of boost did GW see in sales from all these new codices, digital books, and whatnot that they've been pushing out?

Here's what (GW Chairman/CEO) Tom Kirby had to say about it:

"That small increase in sales (3% or so) is a mix of strong performance in our more hobby oriented Forge World and Black Library businesses (our ‘Other businesses’) and the North American region and less good performances in Continental Europe and the UK."

So Forge World and the Black Library are doing good. The rest of the empire... not so much. About what I expected, honestly.

Kirby mentions in his commentary that gross margins are in the 70-75% range. Wow. Apple would kill for that kind of margin. So why aren't you outperforming Apple Kirby?

If you do the math from his comments on royalties, the Fantasy Flight Games licenses were worth £180K this year. That seems a bit... small. But the same math says that FFG paid them £420K last year. Hmnnn... It's not just the video game royalties that are down this year. Though they get blamed for the decrease.

They're building a new online store. Oh goody! How about a new community website instead? The current store is fine guys!

Somebody on the board is really worried about sales growth (as they should be). Kirby spends an inordinate amount of time talking about how they're all for sales growth. Yeah... ok.

In case you were worried that GW's factory would burn down, rest assured. They're covered (with insurance) and "...could be back into full scale production within 12 months.". Um... ok. Who was worried about that again?


"Recessions. Our customers are, on the whole, middle class and well placed in times of economic hardship. We cannot pretend that recessions (or booms) have no effect at all, but because we are a niche hobby they have less of an effect than for mass marketers. So long as we retain tight controls of our costs we can ride occasional rough weather."

This is actually pretty important. Kirby isn't directly blaming the recession (yet) for the lack of sales growth (again someone must be breathing down his neck). But he is admitting for the first time that most of GW's customers are middle class (non-elites), and that their business isn't as recession-proof, and inelastic in demand, as he has maintained in the past. Yay! 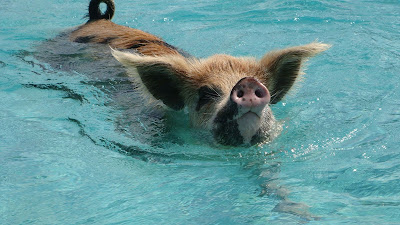 From a financial standpoint, GW is doing fine. At least in the short term. They've got challenges aplenty, but they've managed to do what they need to do to keep their numbers out of the dumper and generally where their investors will expect. Slightly up, but not exceptional. All things considered, it's something of a financial feat, and really shows where Kirby's true talents lie. I'm impressed.

Problem is, GW should be doing better (and somebody knows it). Profits are up, but just barely, and sales are essentially flat. Which means that all of the new product they've been pushing out is NOT adding significantly to their bottom line. The inescapable conclusion is that they're losing customers to widespread dissatisfaction with 6th Edition 40K and 8th Edition Fantasy (duh!). (Edit: And The new Hobbit/WoTR release) Which has been made up for with additional higher priced goods for those that remain loyal. Which is why every new book has a collector's edition and 2-3 expensive supplements now. Plus a large must-have model.

Where do they go from here?

Kirby is anxious now to grow sales (because they've seen a large drop in customers), and that's a good thing. In addition to the non-price-increase this year, we've seen some small price decreases and customer-favorable re-boxings in the last few months. Which is GW dipping its toe in the water of lowering prices generally. Be patient everyone, it's hard for them. :)

I predict that their current product saturation tactics will stop giving them the numbers boosts they need around the beginning of 2014. When we'll see an honest-to-goodness across the board price reduction (and soft-cover books reappearing). If things continue to get worse after that, we may even start to see some shakeups at the design studio (and upper management). With leaks and White Dwarf 'exclusives' on the brand new game editions that they have in the works.

Which is all good for us, as players, even if it's an uncomfortable place for GW to be.

Edit: Stelek has his thoughts up, and he caught some important things that I missed...