This Is What A Healthy Game Community Looks Like 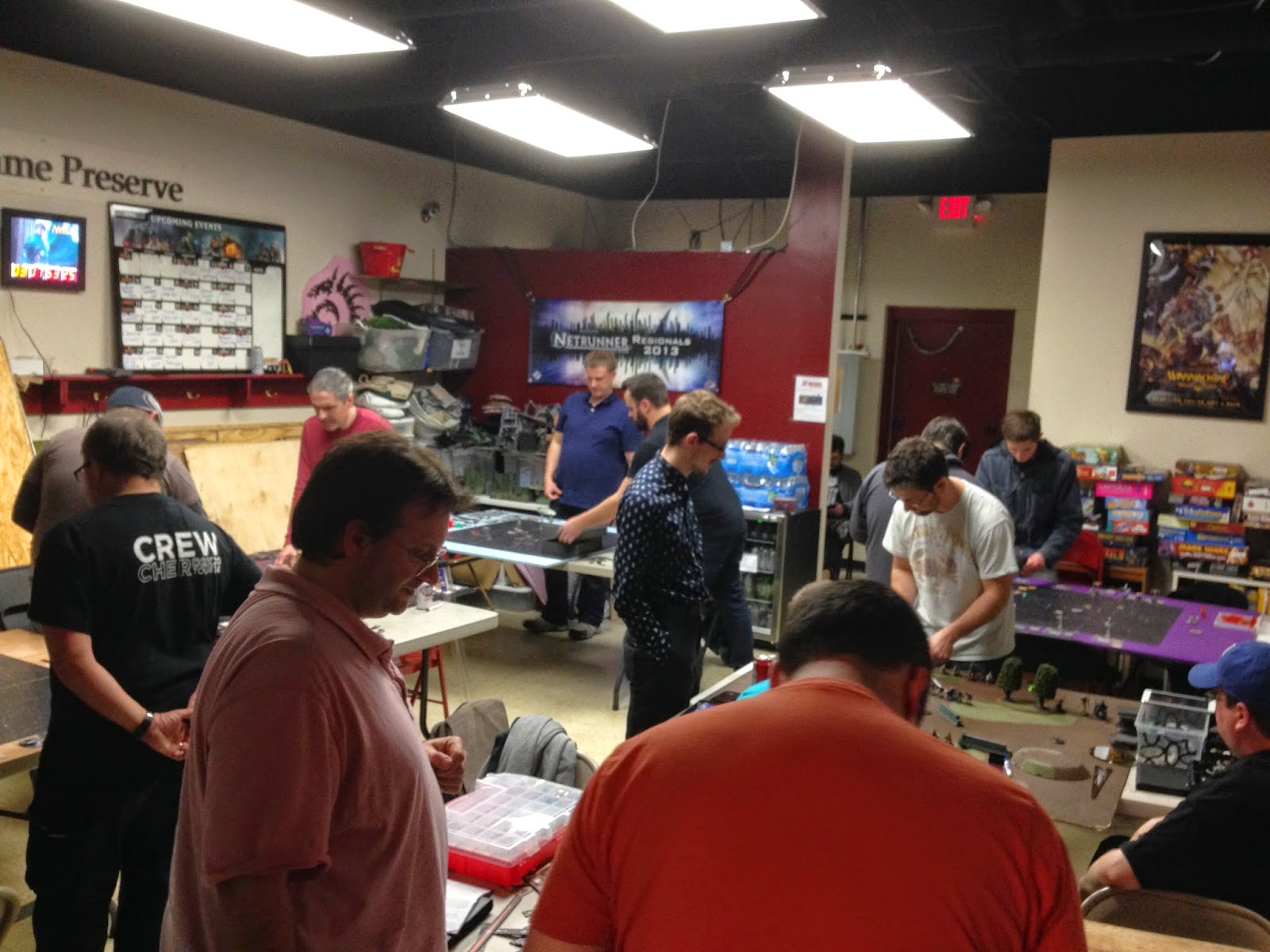 Thursday is the official X-Wing night at the North Store, but Farmpunk and I usually game on Wednesdays (or the odd Monday) because of our wives' schedules. Well, I got a rare chance to go out this past Thursday night, and this is what I saw. Five simultaneous games of X-Wing, and one game of Warmachine being played in a packed room. Seriously, I haven't seen the game room this stuffed with players since the heydays of 5th Edition 40K. It was glorious.

Fair, well-written games create communities of players that seek each other out for an enjoyable time. Poorly written, sloppy systems fracture the playerbase into artificial 'sides'.  Encouraging what once was a vibrant community to fall apart into little sub-groups that distrust each other. Causing those players to shun the stores. Which here in the USA, are the primary place that people meet to play wargames.

All I heard in the store was laughing. There were no rules arguments. No douchebaggery. Guys with out-of-the-box models were able to enjoy themselves with guys who had repainted their ships. Amazingly, I only recognized a couple of guys from the old 40K days. The rest just might be... GASP!... new players!

As I was leaving, I was handed a form to fill out to join the gang. Evidently FFG supports them, and I was told that if I signed up I'd be eligible for free stuff. I was kind of stunned at that. Support? From the company that makes the game? Really? I mean, I've seen the D&D guys talking about that kind of thing, but... wow!

Played a Tie Bomber list against Chris, a cool guy who knew what he was doing. I lost, but didn't mind that at all. Felt just like the good old days from 2-3 years back. :)