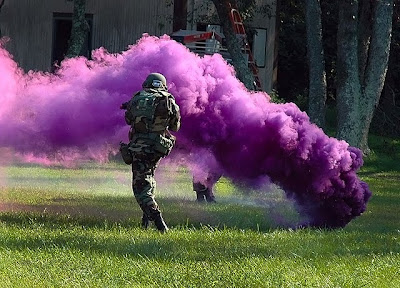 It doesn't take much to mark an objective in a 40K game. Poker chips, washers, dice, and GF9/GW store-bought markers all work great for showing where you have to go. But every once in a while, you'll run across someone who goes to the extra trouble of making their markers themed to their army. I'd always wanted to do this myself, but when half of your army is unpainted, it's hard to find the time to make custom markers.

Once my IG got to the point of being mostly finished though, I started thinking about making some themed markers. The final kick in the pants that got me going on them was Adepticon. Since the rules packet stipulated that you had to bring 3 of your own to the tourney. As a result of this last minute discovery, I ended up throwing together 3 markers the day before I left. The people I played all love them, so I've been working on 2 more to finish out the set.

I'll go through each of them in detail. 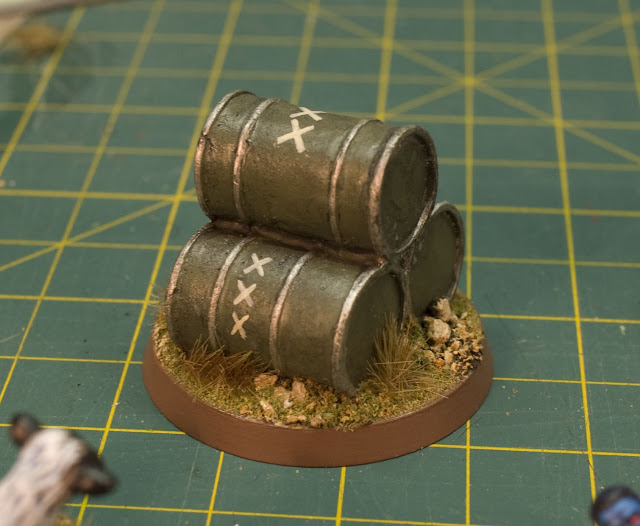 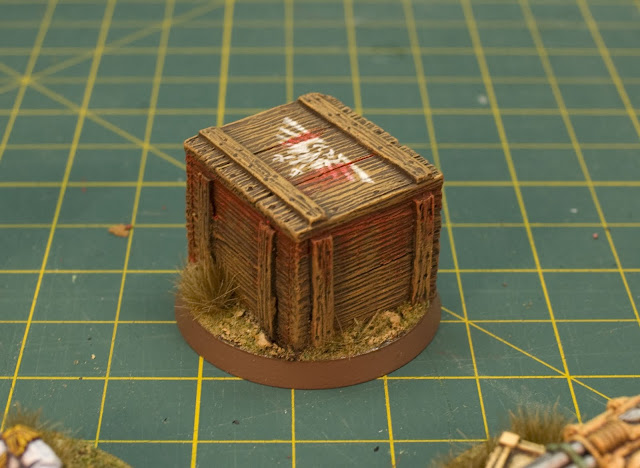 The box is from another Pegasus hobbies kit. Repainted and washed with Blood Red before being based. 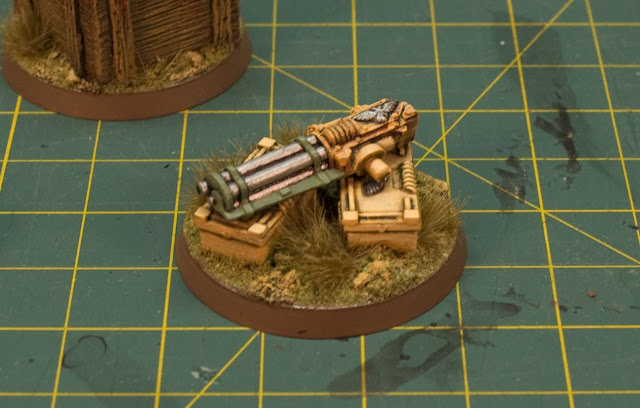 Rummaging through my bits box, I came across a painted metal assault cannon that used to go on one of my old 2nd Edition Sentinels. The Guard want their assault cannons back! 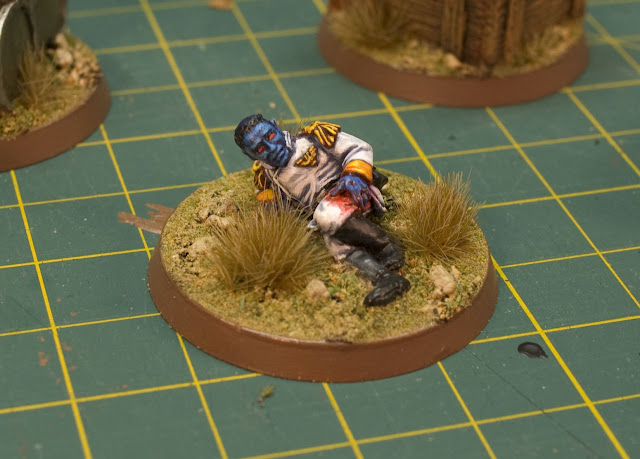 Sure, there's lots of old 2nd Edition metal IG casualty figures out there that you can buy off of eBay (or in this case trade GeekProtem for). But I've always wondered... Why would a huge, uncaring organization like the Imperial Guard give a rat's arse about a lone, wounded guardsman?

So I got the idea of painting this wounded Mordian like a naval officer or maybe converting him into a wounded Titan Pilot. But then it hit me: Why not paint him up like Grand Admiral Thrawn from the Star Wars comics and novels?

"Filthy Xenos scum! It's well worth risking an entire company of Guard to bring such a vile heretic to justice!"

After painting him, I also think that the (mid-90's) sculpt looks quite a bit like Barack Obama. I knew he was in league with daemons! ;) 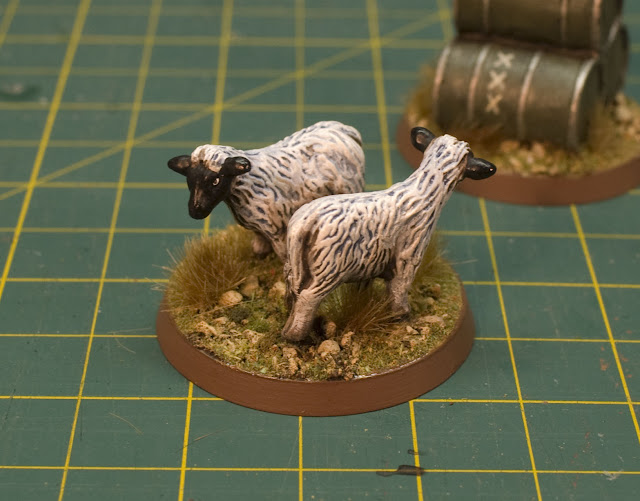 (According to Chambers, their safe word is "Ice Cream".)

The models came off the back of a kid's farm truck toy that I found for sale at a pumpkin farm.

As For Other ideas...
Here's some more ideas for objective markers that you could make:

Anybody have any more?
posted by SandWyrm at 2:07 PM