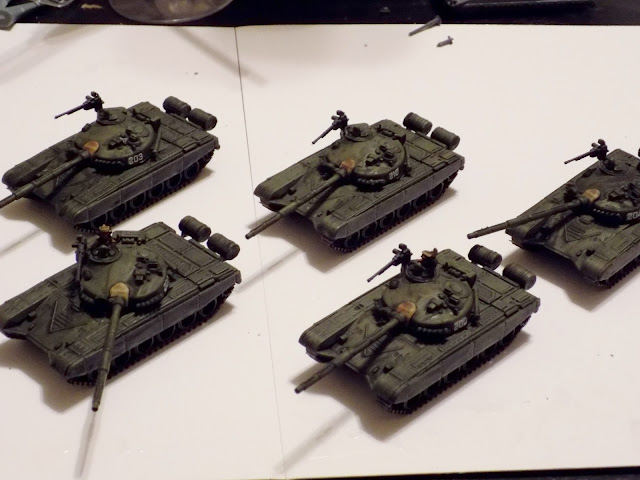 I finished painting up my first batch of T-72.  I thought I'd show off some of the new Team Yankee models.  Sorry the pictures are a little dark.  I got a new camera for Christmas, and I'm still figuring out the settings.


The T-72 kit is very nice.  Good detail and builds quick and solid.  The self defense MG is pretty delicate, but the sprue includes a spare.  My biggest complaint is that the main gun's sprue attachment points are on the top instead of the bottom of the barrel. 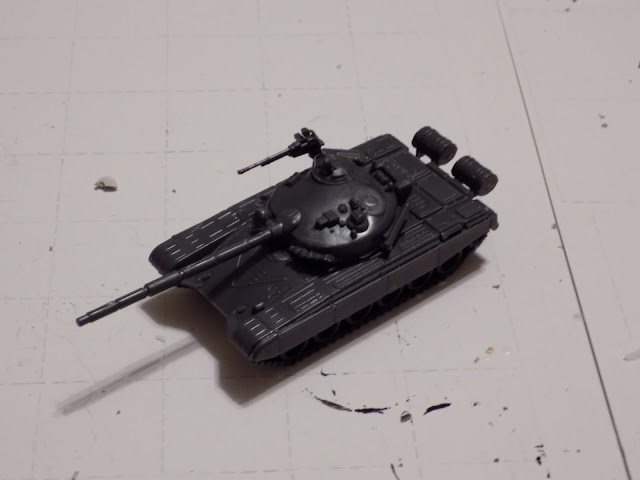 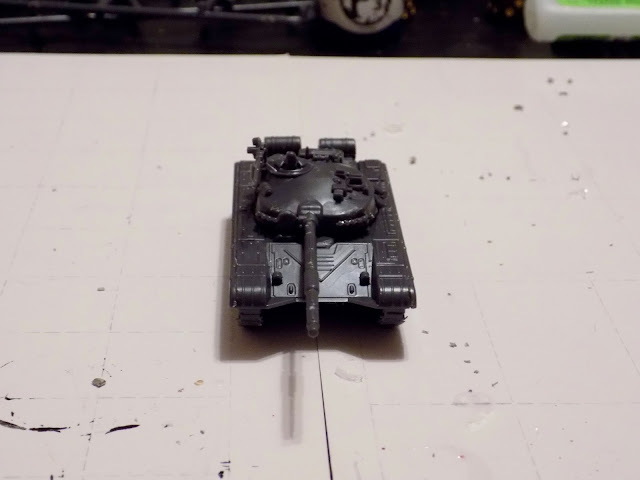 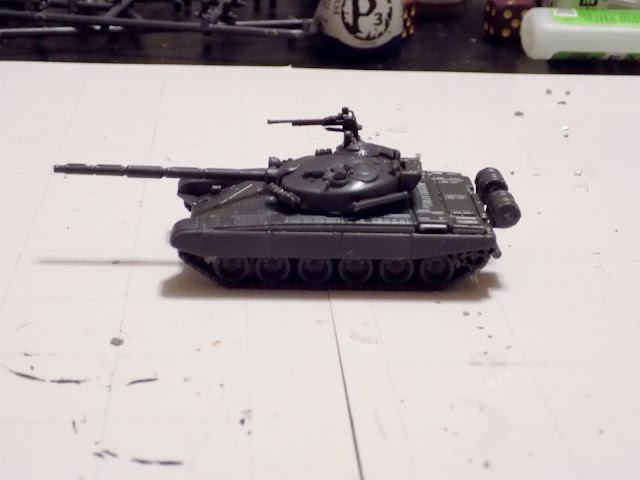 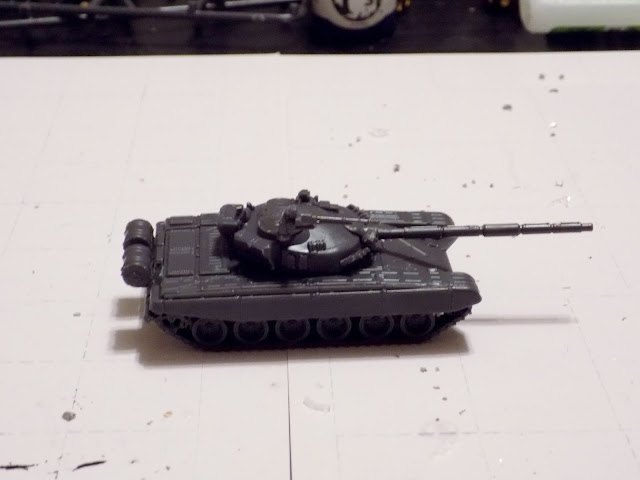 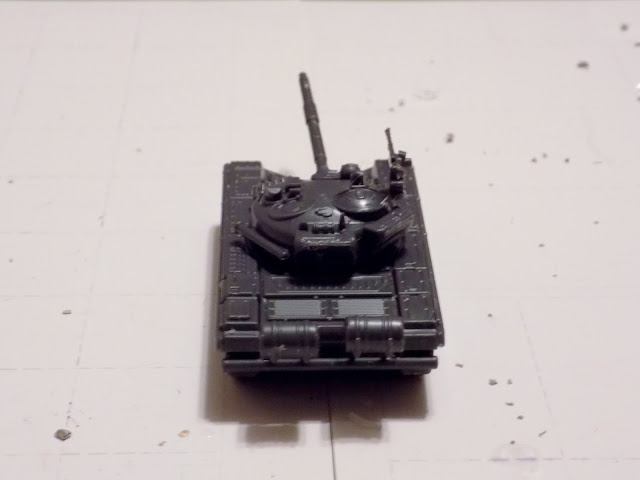 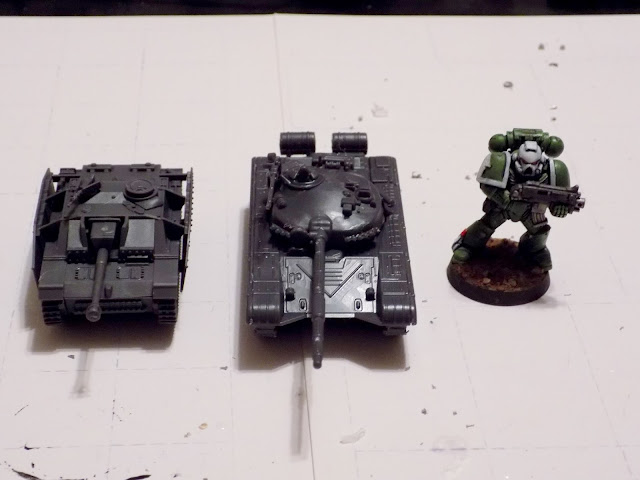 The T-72 is comparable to the size of the bigger late war Flames tanks.  But the Hind is ridiculously huge at 15mm. 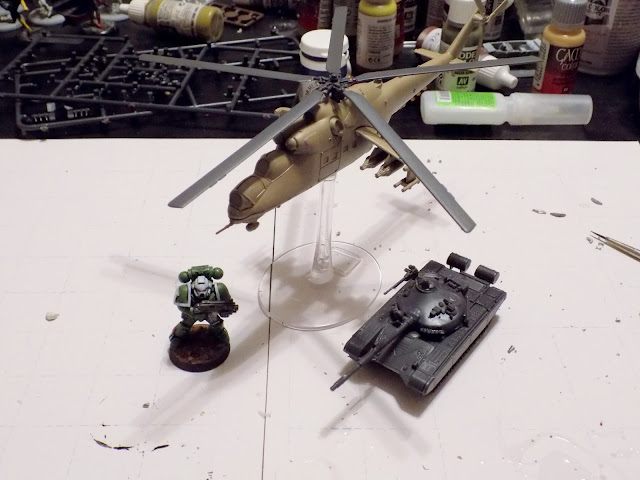 The detail on the kit is decent, but the model is cut up strangely in a few places.  Especially around the cockpit.  The front canopy doesn't fit well, and mine had some kind of casting issue that made it very difficult to assemble properly.  When finished, it's got some gaps that need to be filled.  Plus those rotor blades are not long for this world.

It's so close to being a good model.  The kit was designed so it can be assembled gear up or down.  Had they focused on just having a gear up only model, and then put the effort into having a solid or even a clear cockpit, it would have hit the mark better. 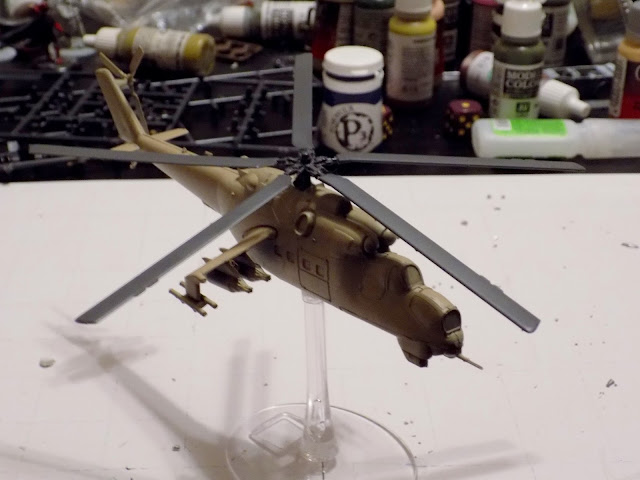 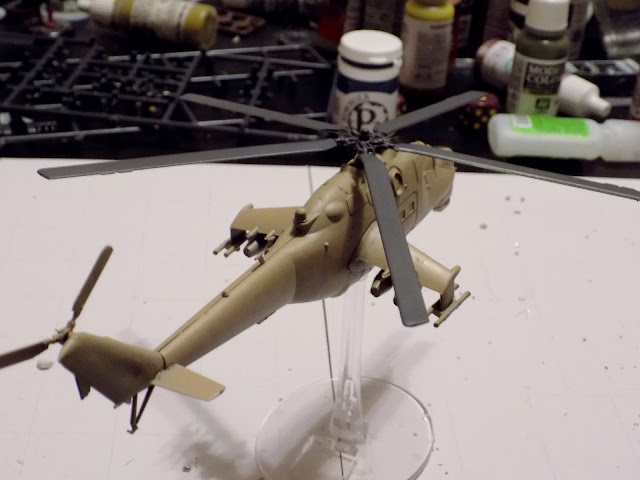 I also wanted to point out some additional size issues with the Hind.  Battlefront is releasing the ground attack jets in 1/144 resin.  As you can see compared to an Academy 1/144 Su-25, the Hind is a monster.  It's also has about an 8 inch rotor blade diameter and the Hind's unit coherency is only 6 inches. 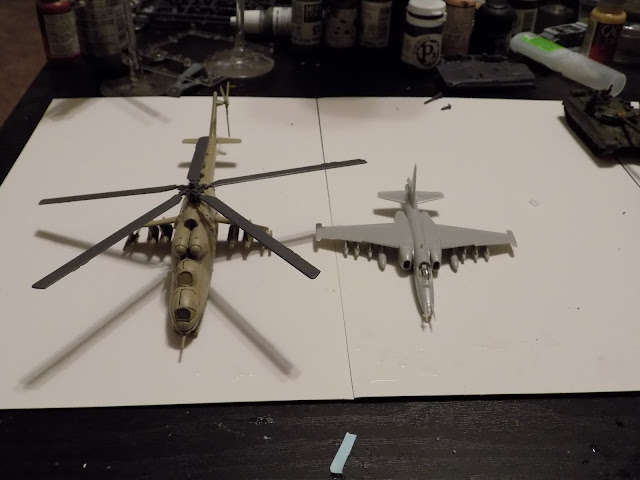 The BMP kit's is phenomenal though.  I've never seen a gaming plastic miniature that is tooled so precisely.  The fit of the model rivals something I would expect from Tamiya or Bandai.  Battlefront may still need to work on their aircraft model engineering, but they've just about mastered the art of plastic armored vehicles in 15mm. 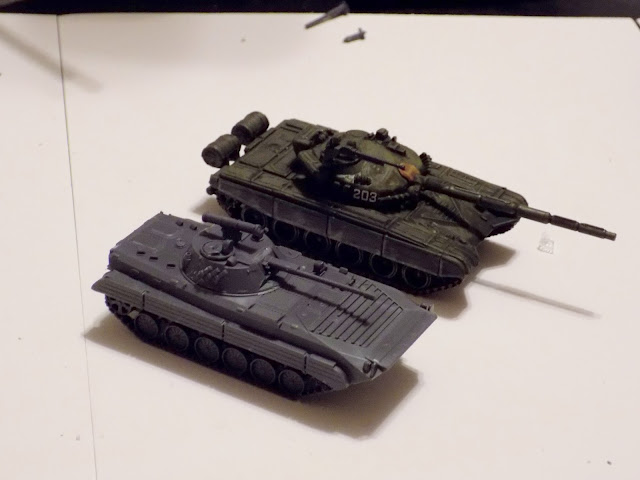 And some more painted T-72s to finish things out. 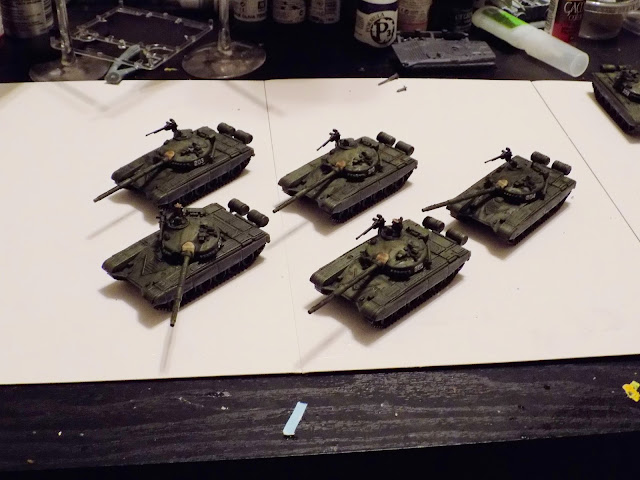 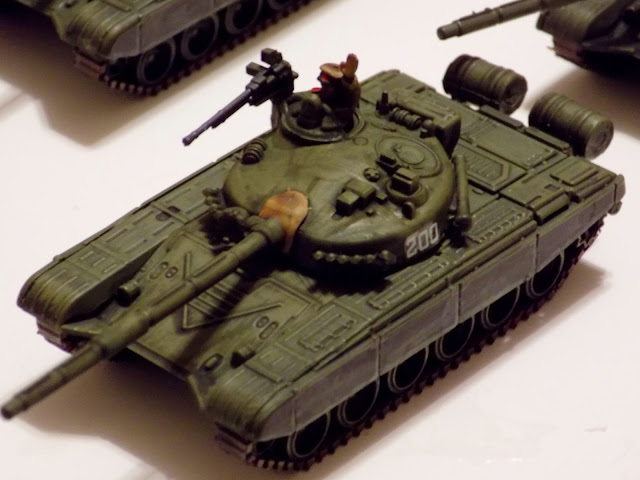 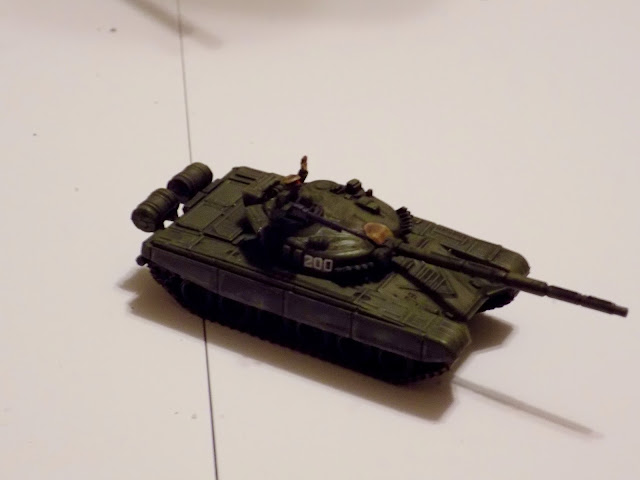 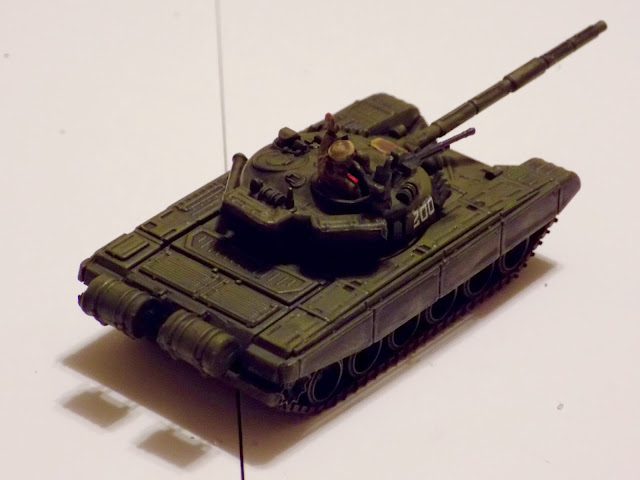 posted by CaulynDarr at 7:55 PM