Rock On Hydra! Rock On! 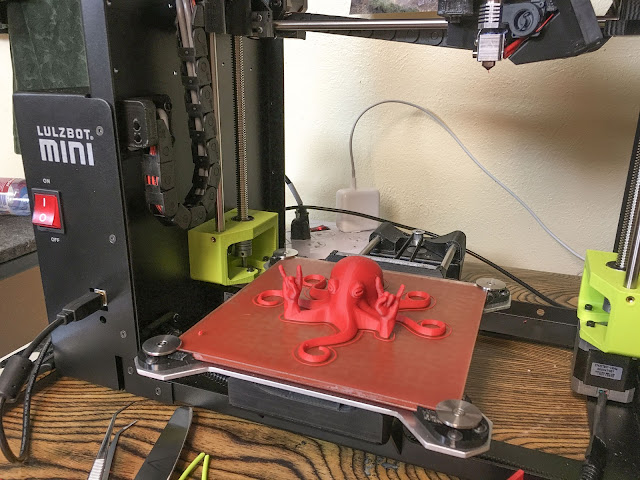 This is the new filament printer that I'll be using to print up terrain models that I either make myself, or buy from PrintableScenery.com  (the company that's running the Apocalypse Ruins KickStarter).

I bought the LulzBot based on a tip from my friend Dave White, who runs a 3D printed toy company, and it's performing quite well. 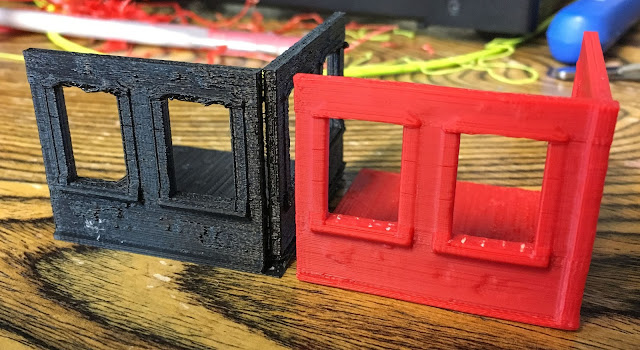 I'm still in learn-the-thing mode, but it's printing this Printable Scenery Stalingrad building module more than a bit nicer (right) than the Robo3D (left) at the FLGS in terms of surface smoothness.

Note that the missing corner and droopy windows of the Robo3D print aren't the fault of the Robo3D, but of a defective STL model that had overlapping geometry and non-printing supports, which had to be fixed by Matt over at Printable Scenery. He was awesome though, and once I pointed out the problems in his model he had it fixed in less than 12 hours. Go Matt!

My biggest problem in printing terrain though, is going to be the begging of my kids to print other cool stuff instead.

Right now I'm printing out a 6" tall Ant Man model for them (We'll see how it turns out), and they're begging me to print up a suit of armor for our cat to wear.

How can I possibly say no? 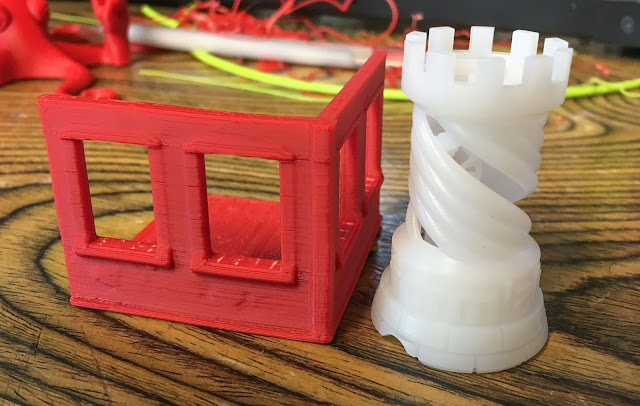 Like I said, I'll be printing scenery with this thing mostly, and maybe the odd pinewood derby car. But the real treat will be when my other 3D printer arrives, because it's a high-resolution DLP resin printer. To the right above is a sample model from a competitor to the MoonRay printer I've ordered. and the MoonRay should be both faster, and capable of a much higher resolution. Note the detailed staircase and spiral ladder inside.

Anyhow, I'm all-in on this technology now. As I feel that it has finally reached a tipping point in terms of prosumer capabilities.