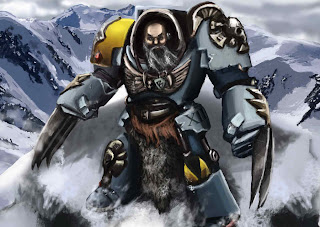 As Grey Knights continue to increase as a strong army, do the Space Wolves have what it takes to beat the Grey Knights?

As I play both Grey Knights and Space Wolves this is a conundrum to me.  I am more polished with my space wolves but want to play my Grey Knights more because of all the cool tricks and power weapons the grey knights posses.  But after I play them in a tournament I miss the flexibility of my space wolves and say...."Man I wish I had my space wolves"  Ala the Final Round of Ardz boys! My space wolves would have done much better in almost all the rounds.

Anyways how do Space Wolves beat grey knights? I have played against grey knights 6 times with my space wolves and gotten smashed once in the final game of the Nova Invitational by Nick Navanti.  All the other games I have won with 1 loss by a tertiary objective and 33 victory points!! I lost this last game because I was too conservative and had the game in the bag.  Argh!!!!!!

Before we get into tactics there are 4 basic types of grey knights lists I have seen and played against that are strong builds:

Draigowing - Very strong list with a giant rock bigger than my thunderwolves that depend on the ability of the paladin's to survive in cover and decimate everything.

All 4 of these normally come with psyflemen dreads and either strike squads or other components to make them stronger.

How have I lost with my grey knights?  Massive shooting before I could get to my opponent.

How have I beat other grey knight players with space wolves? 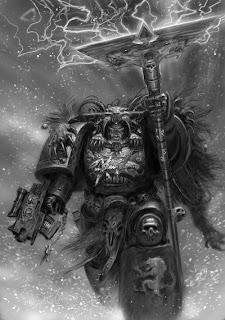 So Psychic defense is vital to your success in defeating grey knight armies that depend on them which is 3 out of 4 above.  The best abilities the grey knights posses is their ability to boost their units to do more than they already can.
Grey knights can:
Might of titan: Make any model a monstrous creature when assaulting vehicles and walkers
Hammerhand: Can make a unit add up to +4 to their strength in close combat! (And they have power wpns)
Shrouding: Provide a 3+ cover save to multiple units to increase survivability.
Warp Quake:  Ensure large areas of the table are mishaps for deepstrikes.
Force Weapon: Turn all of their weapons into force weapons.
Psyker henchman: Up to strength 10 ap 2 large blasts
Purifiers-Cleansing Flame-wounds models on a 4+ before combat starts.

These powers can be shut down by great psychic defense.  The best defense in Njal in runic power armor in a Rhino within 24".  On a 3+ he shuts down all psychic powers.  This is better than a psychic hood as there is no roll off, and therefore a tie goes to the caster scenario.  You simply shut down the power.  Njal is expensive, but gives you a much needed boost against grey knights and every time I have played him against grey knights I have won.  A runepriest is also a good choice, but you only cancel the powers on a 4+.

In addition to Njal or Rune priests, you can add wolftail talismans to your HQ's for only 5 points each.  What do these do?  If a psychic power is successfully cast against a unit with a wolftail talisman, the psychic power is nullified on a 5+.  Yes that is right!! So you effectively get a 3+ or 4+ save to cancel the casting of the power by your runepriest, and a 5+ to nullify the power if you fail with the runic weapon.

So yes the runic weapon is a weapon all by itself against Grey Knights. 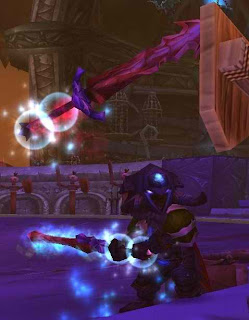 Tactic #2-Removing Grey Knights Psychic protection. (Aegis and Reinforced Aegis)
The Aegis of a Grey Knight reduces the leadership of the caster by -1 when targeting a Grey Knight Unit.  If a dreadnought is within 12" of the target grey knight unit the leadership is reduced by -4.
By removing dreadnoughts within 12" you can use psychic powers such as Jaws of the World wolf, Murderous hurricane, Living Lightning, etc against them.  Jaws is the best way to remove paladins, librarians, techmarines, and regular grey knights by passing their armor and involuntary saves.  You effectively remove every 3rd marine model that has an initiative of 4.  Very much worth shooting this down the line of a paladins!
Tactic #3-Reduce the amount of power weapons in smaller squads then assault.  Only assault after you have reduced the number of grey knights left in the unit.  Most grey knight players will not remove the psycannons leaving models left that do not have power weapons. If you can reduce even 1 model out of a combat squad of 5 you dramatically increase your ability to survive.
Example: 5 man Purifier squad-1 psycannon and 4 power weapon halberds.  If you kill 1 model before assaulting and then assault with 8 Grey Hunters.
The Purifiers can cast cleansing flame which will wound 3 or 4, which would mean you would loose 1 model statistically.  The purifiers then would have 3 halberds or 6 attacks at initiative 6 scoring 3 hits and 1 or 2 wounds.  He would then have 2 attacks at initiative 4 which would not cause a lost wound.  So at this point you have at the higher average, lost 3 at initiative 6. you then have 14 attacks at initiative 4 resulting in 7 hits 3 or 4 wounds and 1 or 2 lost grey knights. If he removes the power weapon then you have the advantage of numbers by having 5 models to his 3.
If this was a strike squad you were assaulting the numbers are highly in your favor as they only have 1 attack each.  That being said, pay attention to strike squads vs purifiers.
More to come!! ﻿
posted by Spaguatyrine at 6:30 PM