A Voice From The Shadows Black Library released a supplement for Warhammer that brings one of the Fantasy Daemon Princes into the 41st millennium.

More After the Jump

Black Library has released their first offer for Advent, the dataslate for Be'lakor the first of all daemon princes.  Not sure what it says about the BL that they chose to mark the start of the Christmas season by publishing the rules for a Fiend.  I am just glad that they are on the other side of the pond, you know just in case.

For the cost of a happy meal you get Be'lakor's history, rules and my favorite an nice piece of fluff involving the Relectors.  For those who are not already aware Be'lakor is the first daemon prince, hence the lack of armor - but more on that later.  Be'lakor, or as it's friends call it Bell, is also unique that he/she/it is the only daemon price championed by all four of the ruinous powers.   This makes her the only Undivided DP available on the table top, a great option if you care for that kind of thing.

Right...
So, for the real reason that you bothered to follow the link, his rules.  I only picked up the 40k side of the offering so sorry square basers you will have to look else where.  To start out he costs 350 points to bring to the party and takes up a HQ slot in either of the chaos flavors.  His/Its/Her profile is that of the stander DP from either book with +1 Ld.  Which ties in nicely with his/its/her Mastery Level 3.  Staying on Physic powers Be'lakor is also unique (to my knowledge) in that you do not roll on the tables but rather she knows all of the powers from the telepathy discipline.  With shriek, invisibility, puppet master and hallucination a given every game my mind is already dreaming up all of the possibilities.  Of course this also means that you are also guaranteed to get terrify and dominate which allows you to build an army around messing with your opponents leadership.  I am not sure if this will be a sleeper hit or not, that will be for time and the big brains to figure out, but it is an interesting option .


Moving on its warlord trait drops all LD by 1 when testing for fear, not bad but not great.  Now only if there was a way to ensure that fear tests could be taken against any army....
Any way Bell has been blessed with a boatload of special rules; in addtion to being a FMC she has Daemon, Eternal Warrior, Fearless, Shadowform, Lord of Torment and a unique greater eatherblade that grants armourbane and fleshbane to it's wielder.
The first thing that stands out for me is that we finally get a stock DP with EW.   Which is doubly nice seeing as one gift he didn't get is warp-forged armor.  To offset the lack of 3+ Be'lakor has a rule called Shadow Form which grants it a 4++ and  the shrouded rule.  Moving right along the last unique special rule is Lord of Torment which says that if any OP4 failed a moral test (of any kind) in the previous turn Bell gets to gentrate an additional d3 warp charges. 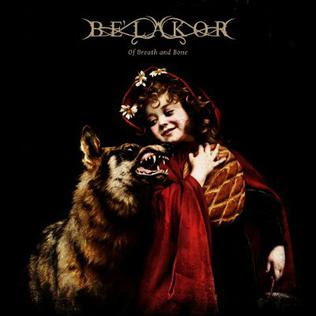 While not cheap I think that, at least at first blush, they have gotten the points right this time.  Let us leave off the fact that it passes dangerous terrain tests twice and just assume that this is a hold over from his fantasy incarnation.  yea that didn't happen and the play testing/ proof reading didn't fail.
Moving on I think there is quite a bit of potential for synergy with this model.  Maybe even enough to turn fear/ moral in more than an after thought,  As an initial thought I am leaning towards a primary guard list allied in with one of the flavors of chaos shows lots of promise.  It would be nice to stay fully with in the chaos books but I am not sure if there is enough there to make a Ld list work.  Failing that there is always the option of just flying over and hitting things with your magic stick.

I guess that would work as well.