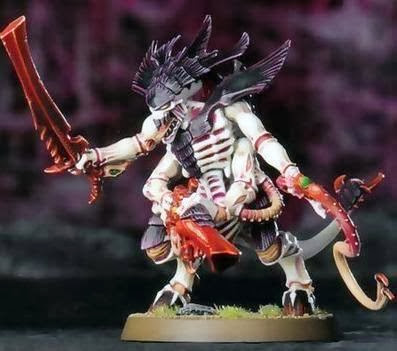 ++May the Emperor Protect++

So we have the new Tyranid prime, most likely a plastic clamshell. And then these new warrior kits who look almost the exact same, but the knees are different on some. 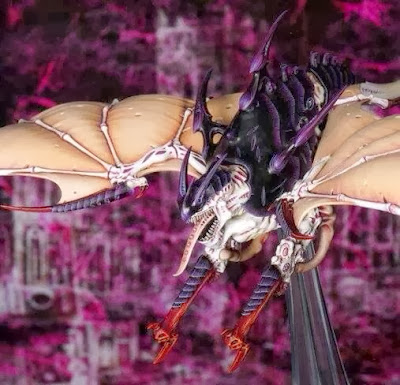 Here is the Harpy finally, I'm digging the slicked back spikes. It looks like it will be of decent size comparing to the flight stand. 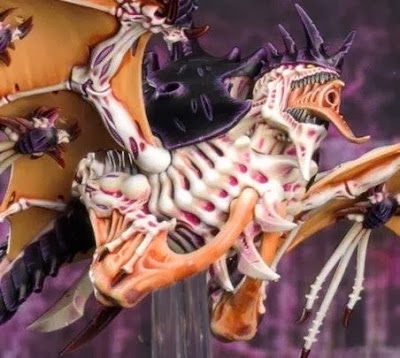 Then we have the second flier options, rumored to be called the Crone. Looks like it has a Throat mounted cannon, hoping a high rate of fire considering it has two ammo feeds going into it. Also appears to have remora like sporemine missiles of some kind. 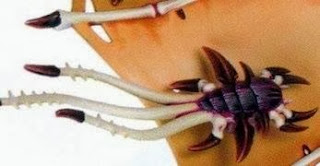 Hopefully these aren't like the Dark angel missiles and they can actually hurt fliers. 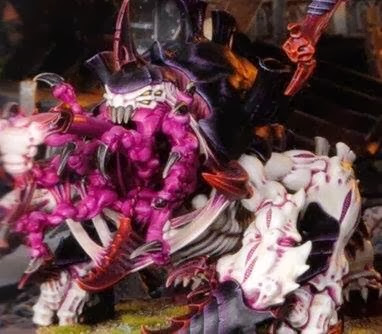 Here is one of the rumored big bugs. That mouth looks like it will put the mawlock to shame. Could be the transport if it carries them inside, not sure if it could really fit 20 stealers in there though. This was probably what was getting confused with the grappling flier rumor we had. 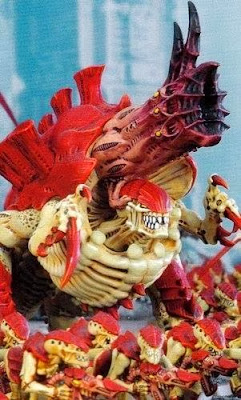 Lastly we have the second build of the big bug kit. Looks like a huge artillery piece. Honestly this is my least favorite of them, as it has nothing special. It looks kind of plain. Besides that, isn't this what the tyranofex is supposed to be? Is this going to outshine it or will their roles be changed to make this sell? 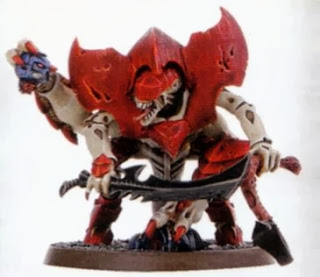 This last one is a mystery to me, looks like a cool conversion using the new hiveguard kit. It could be the new Tyrant guard models, which would be sweet, or maybe it is a Arjac like special character. 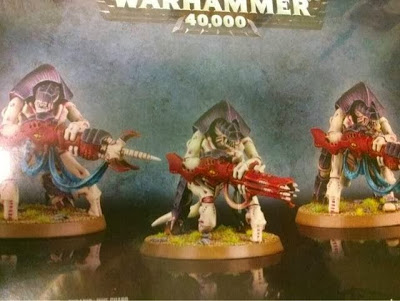 Can't really tell if it fits in here or not. could just be an awesome conversion found on the webs. Still looks awesome.