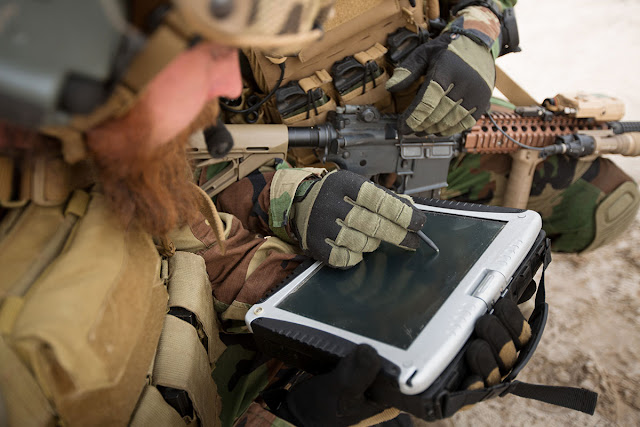 Since I now have my 8th Edition hardcover in hand, I'm going to start going through it and posting my thoughts on this new version of 40K. What I like, what I don't, and what I just find interesting.

We'll start with the Introduction and Core Rules.

During 6th and 7th Editions, GW was really cranking out the books as fast as it possibly could. As a result, the quality of the writing and graphic design really suffered. Some of the eBooks, like the one for Kill Team, were almost laughable. Looking like they'd been spit out of Microsoft Word or something. 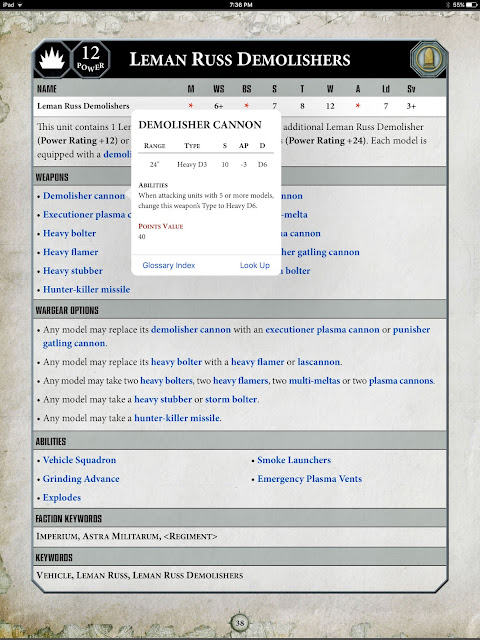 Not anymore. The graphic design is solid, the illustrations plentiful, and not only are the eBook versions of the army Indexes cheaper than the printed ones, but they are much easier to use thanks to the proper use of iBook glossary entries. Just touch a weapon or other keyword, and the definition pops right up. As opposed to the softcovers, which have to list EVERYTHING out in each entry.

All you have to do with the iBooks is swipe left or right to skim through the unit entries, and then touch whatever you need to know. Easy! Nice job GW! 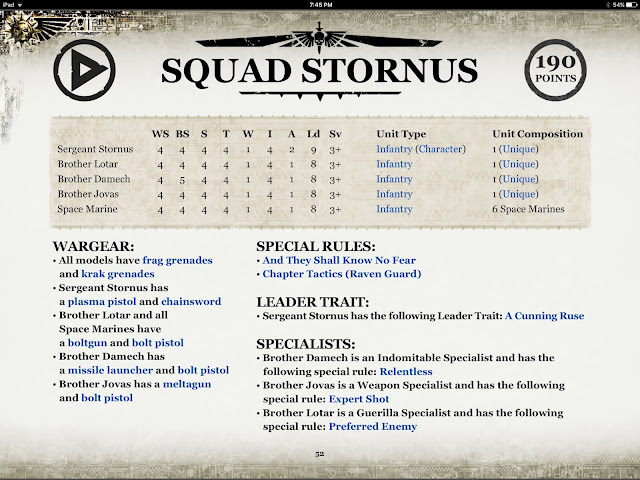 They even cleaned up the digital Kill Team book to be much more professional looking. It's so nice when a company starts taking its product production seriously again. It's like I'm watching Apple start to recover after Steve Jobs returned to the company.

Overall, the rules writing is 1000% improved over ALL previous editions. There are some things that I think are missing, and some concepts that I don't think will work the way GW intended them to. But I was (almost) never confused by the wording of a rule, or scratching my head at its meaning. This in itself is a minor miracle.

About all I can complain about here is the continued use of the silly new "copyrightable" names that GW came up with for all its factions. But I guess we're stuck with them. Now that GW feels "safe" legally, at least they're not wasting management attention on legal BS anymore. That's a plus.

Let's go through the differences in how 8th will play compared to 5th, which was the last 40K edition that I gave a toss about. 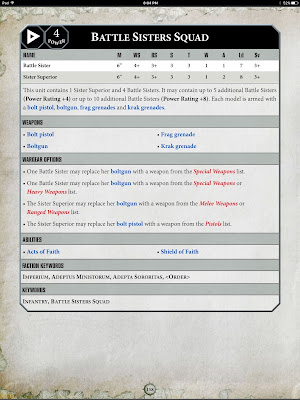 Every unit in the game now has a data sheet that defines all of its options and special abilities in one place. This is pretty nice, especially with the digital indexes. Index cards will be coming in each box of miniatures in the future.

Now... See that "power" number in the upper-left hand corner? That's the "averaged" cost of the unit (min + max options divided by 2 and reduced by some factor) for casual play. It doesn't matter what options you take for this Battle Sisters squad, they will always cost 4 "power". This is fine for casual play, and makes it easy to just throw down some minis for a particular power level. Players I've talked to say 75 points is roughly equal to 1500 or so points in previous editions.

OK. But what about competitive play?

The good news? There is a more traditional "points" system available. But the bad news is that it's... well it's a bit of a pain to use.

An army that's built using one of the force organization charts, and precise point values, is called a "Battle Forged" army. But the points values are not anywhere on the data sheets. Rather, they're in a series of tables in the back of each Index book. 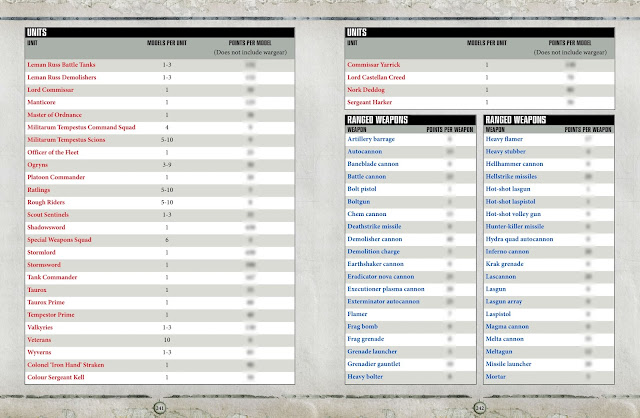 So Buy a unit... Add up the points for each of its models, weapons, etc. Or build a spreadsheet to do it for you. Is it balanced? Who knows? Supposedly these point values will be updated every year.

Some of the weapons have a cost of zero, meaning... I guess... that their cost has already been factored into the price of the models or something. I see a LOT of potential for confusion here, and I would NOT want to be the guy at Nova or Adepticon that has to vet everyone's lists before the event.

Hopefully we'll see a "Battle Forged" app appear soon, or a reliable 3rd party option. I guess GW figures that us competitive types are big boys who can handle this needless level of complexity. Why it all couldn't just be included as a box at the bottom of the unit cards, or a pop-up in the digital Indexes, I don't know.

Maybe we should count ourselves lucky to have this option at all. Battlefront, after all, took it away from Mid-War games in Flames of War. Where you HAVE to use their version of GW's "Power Levels" instead of a more precise pointing system.

These cards do contain an innovative feature: Sets of Faction/Unit keywords that special rules can specifically apply to. It's a nice addition.

Every unit has a movement value, and that's how far you can move each model on a "Move" order. An "Advance" order adds a +D6 to this movement, and keeps it from shooting later. Why it wasn't just called "Running" is a mystery to me.

Terrain does not, by default, affect your movement speed. Moving vertically is measured vertically, and coherency is 2" horizontal, and 6" vertically.

It's notable that units can "Fall Back" out of combat. Meaning that unless you surround them, your enemy's bubble-wrap units will be able to exit combat and shoot at you again. (EDIT: Only if you're a flier.)

I was never a big user of psykers, but this phase seems to be massively toned-down in importance. Any psyker within 24" of a "manifested" power can attempt to block it. Does that mean 24" from the casting Psyker, or 24" inches from whatever the power was cast on? This is one of the few ambiguous wordings that should have been more precisely defined.

I'm still not a fan of having to roll to cast a power though. Kings of War's "it just works" system was much better, and if there's any rolling to be done, it should be firmly on the dispel side. Perils of the Warp also needs to go. It doesn't really fit in with how the rest of 8th seems to shy away from the traditional LOLsy extreme results for random high/low rolls.

But hey... Overall it's better than it was. 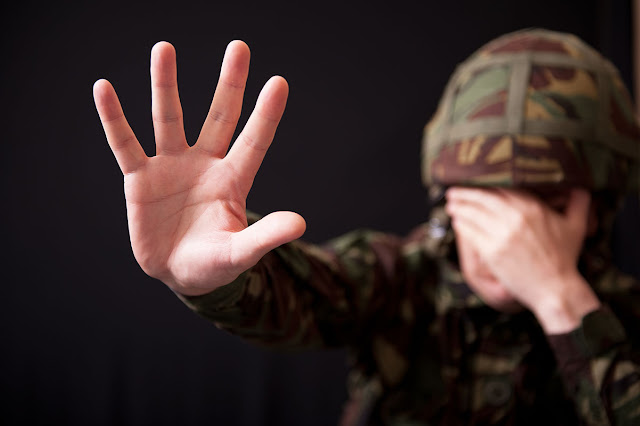 There is one HUGE thing missing from this section. How do I determine if a unit is visible? There is no method for this described at all. Cue pre-game negotiations on using true Line of Sight vs. more abstract systems.

The rest of the section is pretty simple. You have a to-hit score on your unit card, and if your target is in cover, you get a one-point penalty.

Assault Weapons – You get to shoot after running.
Heavy Weapons – You have a -1 to shoot after moving (even for vehicles).
Rapid Fire Weapons – Double shots within half range.
Grenades – One model per turn can throw these in a unit.
Pistol – You can fire these at units that you're engaged with in melee. Which is nice.

There are no templates anymore. So the only real reason to spread out is to keep from getting instantly surrounded in melee. I'm not crazy about this, but at least the alternatives they came up with are fast. Unlike... cough... Antares. 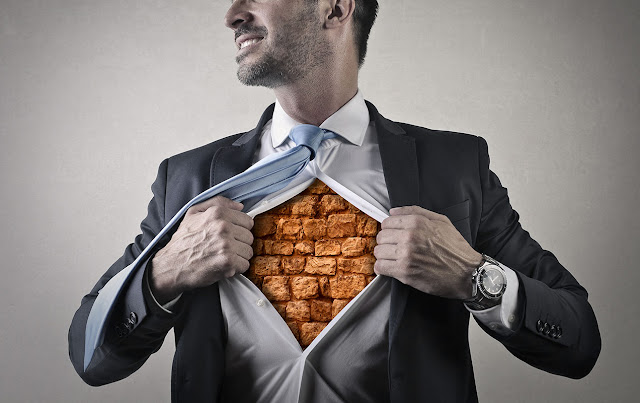 The defending player removes whatever models they like as casualties.

I really think that there should be some mechanism in place to let the attacker pick 1-2 of the casualties. Melee uses the same system, and so there is no way to pick out models with special weapons, power klaws, leaders, etc. Rolling 2D6 and allowing the attacker a pick for each 5+ would have been a very easy fix.

There are some important changes to how vehicles, and especially transports work. The biggest is that transports, once they lose all their wounds, only explode on a 6+. And that when they do explode, you roll a die for each model, and each 1+ kills a model chosen by its owning player.

So... That Chimera full of Guardsmen probably won't blow up, and if it does, the guys inside are just as likely to survive as a Marine was in 5th Edition. Plus, units aren't pinned for being blown out of their transports anymore.

Hello Chimera-Spam! We missed you so!

Yep. Charging gets its own phase. "Overwatch" is automatic now. Whatever unit(s) you charge get to shoot at their full rate of fire, and hit on 6's.

I'm not sure that I like that design decision in general, but as a Guard player I'll enjoy the heck out of it. Note that this edition, despite the pistol boost in melee, is not very friendly to assault-centric forces. 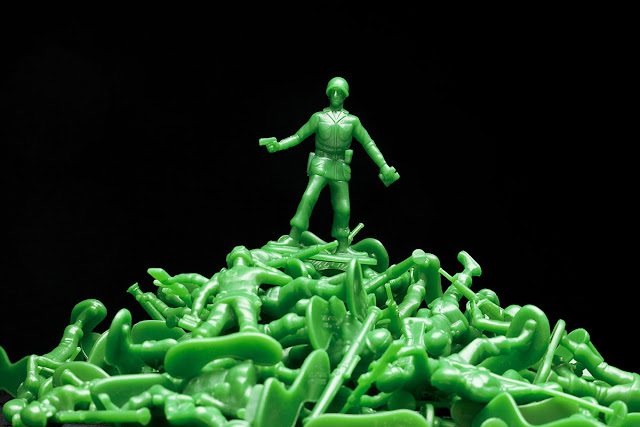 This phase gets some very interesting changes.

First the current player attacks, one at a time, with each of his units that charged.

Then, the current player picks an already-engaged unit to attack with. The other player then picks one of their units to attack with, and this selection alternates until all engaged units have fought.

Each unit, when selected to fight, gets to consolidate 3", perform its attacks, and then consolidate another 3".

I really like this... Except for one very important problem. The defender is still picking all of the killed models. Added together with the results from shooting, this means that there's no way to push-though a combat. Or to fall back from one once you're surrounded. Which, with 6" of movement from 20+ Ork Boyz, you will be. Unless you spread out your defending unit so that they can't be fully surrounded in the same turn that they're charged. But I don't know yet how well that will actually work.

Even just requiring that models within 1" of the attacking unit be removed first would go a long way towards making combat a more fluid, dynamic affair. As it is now, two blobs (because there are no templates anymore) will rush into each other and just beat one another to a pulp. To me that's not ideal.

Thank you GW! There are only 3 of these now, and none of them are clearly superior to the others. Though some armies will prefer certain traits.

With this edition, GW is clearly doing its best to try and accommodate all styles of play. Just how well this works out for them remains to be seen. I have my doubts, but they've at least got the balls to try something new.

So... We have not one, not two, but three separate mission sections. "Only War" is for the pure casual players. Then there's Narrative Play, which is more like how Flames of War does its missions. With fixed deployments and rules for each scenario. Then there's "Matched Play", in which you roll up a mission and a separate deployment, like in 5th Edition. Except that there are now six missions and six deployments.

Then, in the Advanced Rules, there are "Tactical Objectives" which seem like a mutation of the extra objective systems used at big tournaments like the NOVA Open. Mike Brandt did just fess up to being on the beta test team. Did you dream this up Mike?

Anyhow... "Only War" has three scenarios where you place the objectives anyplace you want. The the attacker splits the table in half (how is not precisely specified) and you fight.

There's a mention in one mission that you really should put a building or something tall in the middle of the table. But there is nothing in any of the 3 tiers of missions that mentions anything about minimum table coverage, ample LoS-blocking terrain, etc. 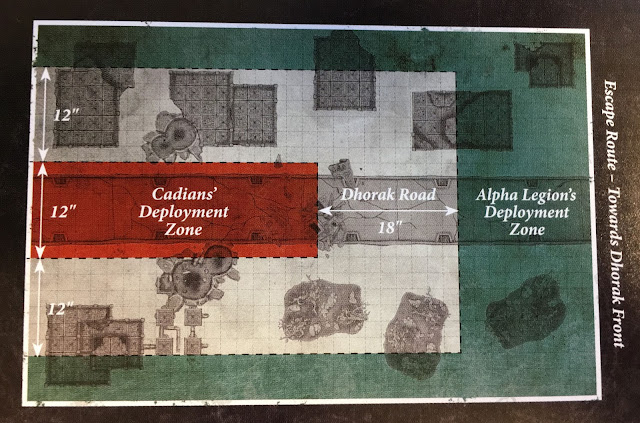 One of the Narrative Missions – "Ambush at Dhorak Pass" does have a deployment diagram with a lot of buildings on it, but that's it. All of the other diagrams are bare of any scenery.