And Now For Something a Little Different... 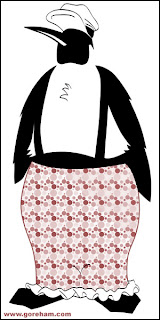 Ever get tired of playing the same 3 missions from the 40K rulebook in your pickup games? Yeah, so do I. But GW won't have their new 40K mission book out until next March. In the meantime, here's a solution I found recently. It's a free fan-created missions book.

I haven't played any missions from the book yet, but they do look promising. Instead of the 3x3 matrix in the 40K rulebook that gives you 9 possible mission/deployment combinations, the DLT book gives you a 6x6 matrix that will allow for 36 possible combinations of mission/deployment. Plus another table of game modifiers. Plus a set of custom scenarios for each 40K army. Cool!

And these aren't bad missons either. They're very polished looking and have just enough restraint to keep them from going over the top. Check it out!
posted by SandWyrm at 10:58 PM