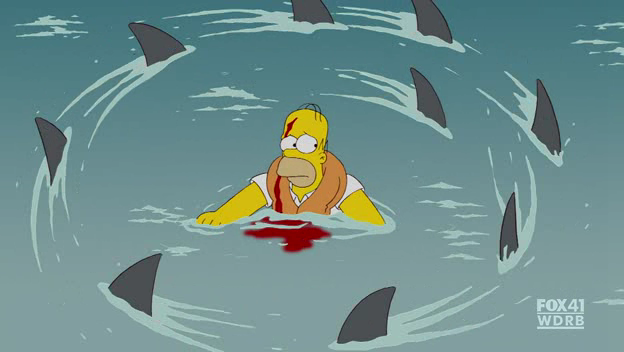 The Chapterhouse vs. Games Workshop case is getting interesting again. Settlement negotiations have broken down, GW's top lawyer has just left the company, and a new high-profile law firm is circling the case. All indications are that CH is intending to appeal, and turn this case into a landmark IP decision with broad-reaching effects on more than just our little hobby industry.

If you recall, the jury verdict came last July. Where roughly 2/3rds of GW's IP infringement claims against Chapterhouse were thrown out. For the remaining 1/3 of GW's claims, Chapterhouse was ordered to pay a pretty paltry (given the money spent by both sides on the case) $20,000 in damages.

This decision was seen by most as a slap in the face to GW. Technically, they won the case. But in the process they arguably lost more in terms of IP protection than they managed to preserve. Plus Chapterhouse was still in business, and they'd been represented pro bono (free), while GW supposedly racked up northwards of $1M in legal fees.

Fast-forward a couple of months, and word is that GW and CH are having trouble agreeing on the details of the final settlement.

Then Gill Stevenson, GW's head of their legal department, left their employment at the beginning of this month after 14 years with the company. Not quite two months after 'winning' the big case. Interesting...

Then, in the back-and-forth of the recent court briefing, Chapterhouse announces that it has added some new lawyers to its team. Who all belong to a very BIG legal firm...

WilmerHale is the very same firm that represented Apple in the recent Apple vs. Samsung IP infringement cases. The sharks don't get much bigger (or more expensive) than that. But now they're doing pro bono (free) work for Chapterhouse? This is like Michael Jordan showing up at a high school basketball game to 'help out'. For free.

So What's This Add Up To?

Chapterhouse has already 'won' the case in every important sense. The judgement against them was tiny, most of GW's allegations were overturned, and we all now have a much clearer idea of where the legal lines lie in regards to GW's IP. In that sense, CH should just pay its $20K penalty and move on. That's what would make the most sense for them as a business.

But Chapterhouse was only able to defend itself in this case because it was able to secure free legal representation through the help of the Electronic Frontier Foundation and its partner firms. This help was available because the ELF has certain political goals in regards to IP law, and they saw the case as an opportunity to advance that agenda. Much as an organization like the NRA or the ACLU will lend their support to cases they believe in. With the goal of winning important legal precedents that favor the activities of their members.

As such, the ELF and its partner firms are settling in for round two, with the goal of making an example of GW. To exactly what end isn't clear yet, but they obviously have goals that go well beyond the comparatively tiny niche of miniature wargaming, and they think they can win this case completely. The higher they can take the fight, the better. My bet is that they want to help set up some favorable legal precedents in advance of the future legal fights over 3D printing.

In that sense, GW has stumbled drunkenly into a bear trap.

In many ways, they're the perfect target for some big fish with a political agenda. They're not just overreaching and vexatious in their IP 'defense'; but they're ignorantly stubborn and self-righteous to boot.

I personally suspect (without any evidence whatsoever) that, when this case started, Stevenson told them that they would do more damage to themselves than to Chapterhouse. But was overruled by Tom Kirby (GW CEO) and told to pursue it anyway. So GW did. Stupidly and sloppily. Attempting to assert the un-assertable and patch over years of sloppy IP management in some underhanded ways.

Then, post-decision, Stevenson saw the sharks moving in, told management to settle with CH quick before it escalated further, and was ignored. Not wanting to have her name on the wrong side of a landmark IP verdict, she then bailed.

Regardless of the true story though, the sharks are circling; and GW management will probably ride this thing to the bitter end, just as the big fish want. It's kind of like watching a zombie wander into a field of landmines. I don't like zombies much, but... Well, it's still kind of pathetic to watch.
posted by SandWyrm at 6:17 PM