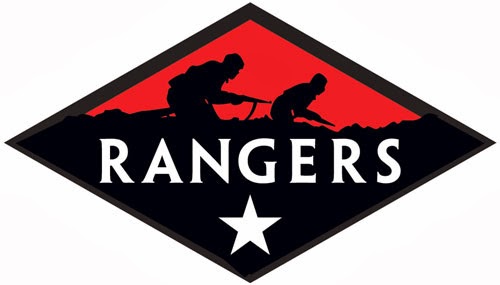 Able Companie (the Indianapolis Flames of War club) was contacted about running a Demo Event for a Shop beginning to carry Flames of War...

Hobbytown USA South In Greenwood, IN is going to start carrying Flames of War again. Several of us from Able Companie (the guys that run the FoW events at Gencon) will be down south on Sunday, Feb. 23rd from around 12:30, until around 5:30pm.

I like me some Flames of War. It's become my preferred wargame. It's a well-written game, with pretty good balance. Most missions can easily be won through either attrition and company breaks, or seizing objectives.
Flames of War breaks down into 3 time periods for WW2:
Early War 1939-1941
Mid-War 1942-1943
Late War 1944-1945

Most people prefer Late war for the abundance of cool toys, and larger forces. I haven't played much Late War. I know... as a player of Americans, I should be all about it. When I first got started being interested in FoW however, Americans, weren't good, and Germans dominated, with Soviets or Brits being the allies of choice.
I prefer Early War. The French bring some solid armor to the table, and with decent tactics, can do very well. The problem with Real-life Early war was the poor command decisions of the French High Command. They almost pulled off the defense of France. I personally love the French camouflage schemes. 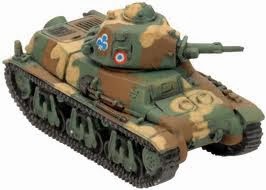 So if you're on the South side of Indy of Sunday the 23rd, stop by the Hobbytown USA, and say 'hi!'
There will be at least 4 of us from Able Comapnie there. I know Chris will have his beautiful Americans, or his Soviets there, Fresh from WolfKreig this weekend.