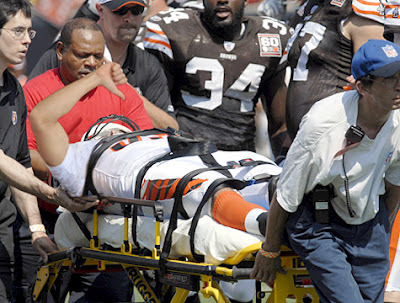 What to do, what to do... It seems that I'm stuck with an army that I literally can't figure out the rules for in 6th Edition. What's up with that? 400 pages and GW can't put a one-line entry in the reference for the Glaives my Sanguinary Guard carry?

One paragraph in the rules would seem to indicate that, being Master Crafted, my Sang Guard's (and Dante's) weapons would simply be counted as a 'normal' AP3 power weapons. Because they have another special rule.

But the paragraph on the right side of the same page would seem to suggest no, because those weapons are using standard special rules and not 'custom' rules.

So, since the SG kit came with both Axes and Swords (neither of which can actually be called a 'Glaive', since glaives are actually a type of polearm) I'm not sure if I need to start hacking off and replacing weapon arms, or not. I don't even get that option with Dante.

Oh, I'm sure that the guys I play with would let me pick whatever I like better in casual games. But what about competitive games? Do I rub my hands together, cackle, and pick the best interpretation based on the army I'm facing? Swords vs. Nids, Axes vs. Terminators, etc. ? Do I roll for it?

It seems like way too much trouble and arguing for something that's supposed to be relaxing. I was sooooo relaxed last weekend playing Flames. Though it did get a little noisy when the 40K crowd came in and started arguing about the new rules. It's warping my perceptions, I'm sure. I shouldn't expect clarity from GW, but I do now.

So Here's My Solution

I'm going to take my brand-new 400+ page, well-nigh unreadable, rulebook back to the Games Workshop store and get a refund. The rules are broken and I can't use them. Literally.

Then I'll wait 3-6 months, and if a FAQ fixes the issues I'll pick up one of the mini-rulebooks from the starter edition (out in August-September I hear) for much less money and see how the game actually plays. Hopefully by then all of these little issues of clarity will be worked out by someone (INAT, NOVA, GW, whoever) and the game will become consistently playable to some degree or another. But I really don't want to take part in those arguments. It's just not worth the headache to me. Stuff I buy should just work.

In the meantime, I'll refrain from commenting on 6th Edition further. Others can tear it apart or praise it based on their actual in-game experiences. I've got my own grimdark wargame to write, and another I'm already playing that's cheap, fun, and competitive.

So... bye bye. I'll post here when I have something fun and positive to say about one of those. I'm through complaining about 6th.
posted by SandWyrm at 3:04 PM