The wave of men 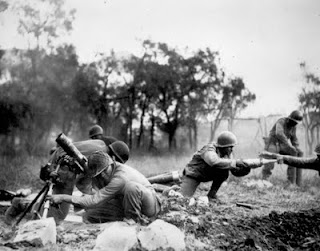 Time and Again, 40K players like to try something 'new'. I've been toying with new ideas for WH with inducted IG...

so.. that's a lotta oomph! I've got sitting in the bin not really getting used.

Then I get that old itch to try 5th ed Gunline Guard again. I'm toying with platoons with 3 Squads, each with Missile Launcher / Grenade Launcher. Sure, I know it was a better combo before the new 'dex was released, but I want to try the dual threat weapons in my line squads. Then I'm going to put a powerfist Comissar in there, to make 'em stay put, and give the unit CC threat.

The Platoon Command squads will probably get 3-4 flamers, and wait to counter-charge. I have a lot of Praetorian flamers I'm not sure what to do with.

so those 2 platoons come out moderately priced, and still leave a lot of room... FOR HEAVY WEAPON TEAMS...

and 2 Co Com's to give orders.

I'm going to hash out my ideas today.


Like:
I still really WANT to use Al 'Raheem. fire Hweapons and then run? doesn't sound too bad to me.

I'd like to use Harker too. I like the idea of a man in the backfield, with a team of meanies.

I'll prob. use Marbo. for a nice Demo charge suprise.

I might even try Kell. to help with giving orders, but I think I can do better with perhaps a WH Celestian Squad with a Book of St. Lucius and a Hbolter in the backfield to boost my Heavy Weapons teams morale.

I'd like for this to be a NO TANKS army. Maybe a couple of colossus mortars. maybe Sentinels.
posted by Farmpunk at 9:05 AM