It's Not The Edition, It's The Variety 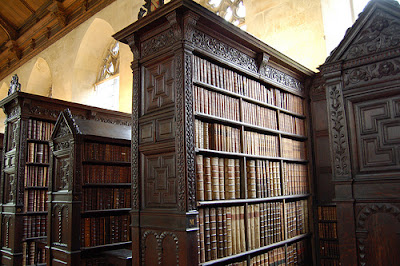 As we enter the new year, something is starting to grate on me. There's been a collective pall descending over competitive 40K for the last 6 months. Ever since the release of the GK codex, the release of Finecast, and the price rises. Most seem to be blaming this stagnation on the aging of 5th Edition. But come on, that's not it at all.

Where are the Orks? Where are the Tyranids? Well, the new Grey Knights killed them both off for good. Sisters? The PDF Codex killed them off. Eldar? Tau? Those players hardly bother coming out to play anymore.

So when you go out to play, you see Marines, Marines, and more Marines.  Plus the occasional Guard player who has the deep pockets needed to collect all those tanks. How boring compared to just a year or two ago!

The economy plays into this too. If you collect Marines, your costs to run a variety of forces are much lower. Just buy a new HQ, a couple of signature choices, and you're good to go. Last week's Blood Angels can become next week's Grey Knights very easily. So all the incentives are there for Marines to dominate all.

And Then There's The New Edition...

So will 6th edition somehow change all of this? Will it re-introduce variety into the game? I can hope so, but the precedents are not good.

The change to 8th Edition Fantasy has killed that community here in Indianapolis. It's simply gone. Oh, everyone was jazzed at first and there was a real surge of interest. But 6 months on, it was obvious that GW had not fixed the balance problems produced by their crappy Army Books. Instead, they had attempted to level the playing field by introducing bucketloads of randomness into the game. But that randomness means that there is no reward for learning to play the game well.

So Fantasy died here in Indianapolis. Except for 'Ard Boyz, I haven't seen a game of Fantasy played in a local store for a year or so now.

There are elements in the new books (Grey Knights, Sisters, and Necrons) that give me a lot of pause. Justicar Thawn is one. Saint Celestine is another.

You can't stop them. They die and come back to life on a 4+. There are no ways to counter this with tactics. You can't dog-pile their bodies or block them in any way. So you can auto-lose (or win) a close game on a single 4+ roll made by your opponent. Thawn will creep towards your objective inexorably. While Celestine can simply pop up, jump 12", and hit whoever she likes with her heavy flamer. On one roll, she takes away a kill point, claims another, and contests an objective all at the same time. Sure, the rest of the Sisters PDF Codex sucks, but that's not the point. As a game design element, Celestine (and Thawn) should never have made it out of the design studio without some interesting ways to counter what they do.

Of course there are other exceedingly bad designs from the new books. From Jaws of the World Wolf, to Blood Talons, and Imotekh the Stormlord. It clearly seems then that randomness is the direction that GW is increasingly going in. Which is why I see 6th not as the savior of competitive 40K, but rather as the bullet that may irreparably damage a hobby that's already ailing. Pushing the community from the game stores back to the basement.

So What Then, Are The Long-Term Trends?

And THAT'S why the competitive 40K community is gloomy.
posted by SandWyrm at 6:09 PM