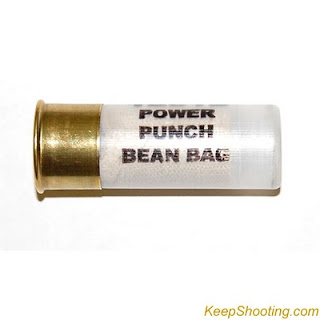 So our Escalation league went to 1000pts, and I got 2 games in. My conundrum comes with pulling punches vs. nuking people off the table.
I had sat down and come up with a balanced list, designed to take on a variety of opponents. (More...)


game one was against a very green kid with a battleforce, and game two against a teen with  orks. I got first turn, and perhaps I should have allowed my opponents to go first, that seems to be a bit of an equalizer.

Perhaps  neither of them is used to facing a rhino rush, and thought (as many people do) "huh, sisters, this will be easy. The interwebs tell me they're uncompetitive."
I felt bad almost tabling the green kid, I blew up his wirlwind, and killed one of his 3 Speeders, rushed across the board, popped smoke, and he didn't touch me with his 2 Missile launchers, and 2 Multimelta shots (thanks to smoke) the next turn, I killed an ironclad Dread, and stopped his speeders from shooting. It all went down from there. I managed to kill his other ironclad, and speeders, then mop up the commander and tac squad. the only thing left were the scouts on top of the bastion. I just couldn't destroy the bastion. I don't think he killed a single thing. I even gave him some re-rolls a few times.

I had thought about re-writing my list before we started, and taking all footslogging GK's, and 2 IST squads on foot. Then play a list more apropriate to the skill of my opponent. I hope he learned something, like at least to park the wirlwind out of sight next time, and consider LoS before putting 10 guys on top of a bastion. I tried talking through some of the choices both of us made, since part of the escalation league is to help new players learn to play. I think he was most upset I blew up his whirlwind with the first shots of the game.


My second game was against orks, with 8 lootas, 1 Battlewagon w/20'ard boys, a Warboss, and 10 Nobs w/painboy in a trukk. I got first again, and proceeded to get a side armor shot on the battlewagon, exploding it, and getting a kaboom! result on the trukk. The Lootas managed to wreck a rhino though. As orks now had to run across the board, it would be easy. The nobs failed Ld, and failed a bosspole re-roll and ran, the warboss got hit by an exorcist, and cleaned up by the jumpy cannoness, and the 'ard boys got flamed up by the Immolator, but beat down the celestian's charge with ease.
It went downhill, as more orks dropped....
I don't think the 2nd game for the ork player ended up better than his 1st game vs. Chaos Demons did. the 2 Soulgrinders shot him up, then ate him in that game. I think it ended up being a similar story to my game,  his transports got popped, and he had to run across the field towards the grinders.

it was late, and I had to get home.

I'm considering bringing 2 lists, and letting people choose which to play, unless my opponent brings a competitive list. Like the IG list with 2Vendettas and a rocket pod Valk with 2 Medusas. That's a mean list with some farmpunk influenced nuttiness. (I like Medusas)

I was wondering what people out there in the blog-o-sphere thought about using a well-balanced competitive list against newer players, and talking about list building, or taking softer lists and talking more tactics, to make for more sporting games. It's not a lot of fun to crush or be crushed. I think it is important to talk about a turn after it's been done with newer players, and talk about prioritization of targets, and balancing risk vs. return. Part of that is also building a list to be able to handle a variety of things, which is a bit hard to do with a battleforce and Black Reach models only.

This week is still at 1000pts, Next week we bump up to 1250pts. I might fit an Inquisitor and Shelia the Callidus into the list, for some fun. Maybe my alt. list will use the Vindicare.

I might swing by the North Game preserve Wed. (since Mrs. farmpunk has a meeting Tue.) and see their new location. It supposedly has actual gaming space... more than the old place had, which was only 2 (4x4), and 2 (6x4) tables. We played a lot of 1000pt games there because of smaller table size.
posted by Farmpunk at 11:49 AM