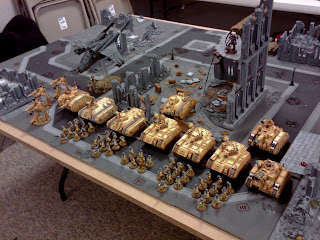 Man I'm tired.
Farmpunk and I went down to Blue Moon Games today to play in their first 1750 tourney. It was a comp-heavy event meant to cater more to the hobby side of things. Which is why my army (above) looks a bit different, composition-wise, than usual. I'll write up my games later this week, but I figured I'd first share some pics of the armies people brought along. (more...)
There were nine players with BlueMoon playing the 10th spot to round things out. I took first place overall and won the painting contest too. Kriegle took 2nd, and Farmpunk took 3rd. Our final scores were 150 (perfect), 138, and 137.
Anyhow, there were some very nice armies on display. Enjoy! 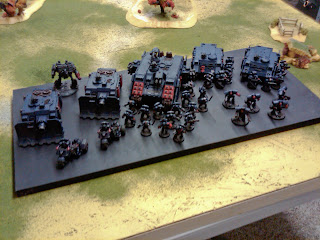 Crimson Fists as Black Templars. I fought these in round 3. 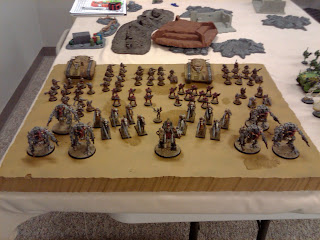 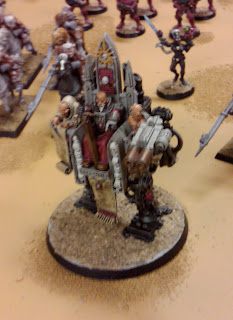 This model always cracks me up. :) 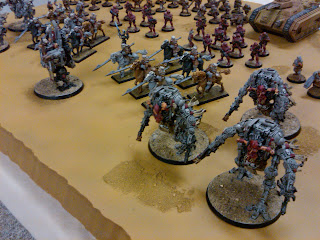 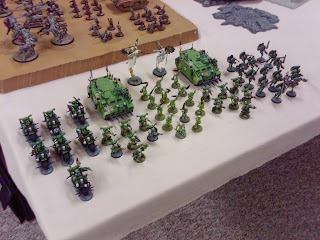 This was Kriegle's Chaos Marine Army 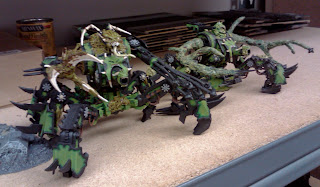 Kriegle wasn't using these, but I still liked them. 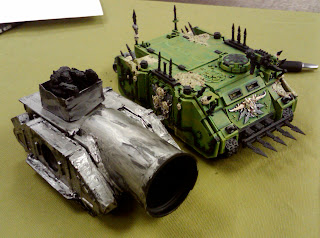 This homemade Ork vehicle was good for a few laughs. We joked that it shot wads of Grots across the field. 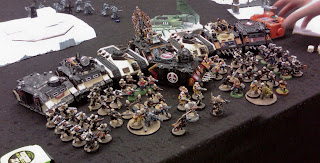 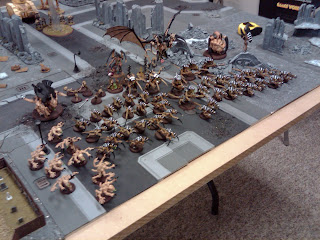 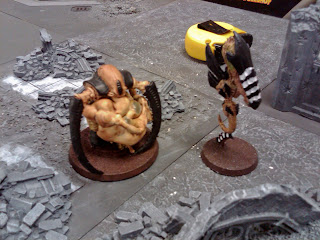 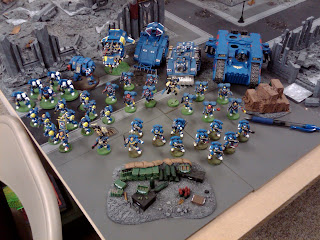 The Colts even showed up to play. :) 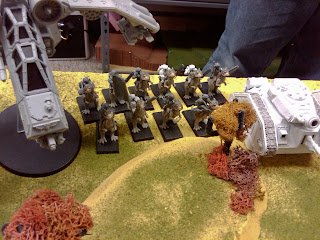