Arguments for and against composition scoring in 40K tournaments are abound. Some places handicap 'hard' armies, by putting all armies in Leg braces and crutches. Composition is 'supposed' to encourage people to bring varied lists, encourage a fairer playing field for all players, and make it easier to really see who is the best general.

I don't think Composition scoring is necessary. But if you are going to do it, there are some better ways to approach it then others.

Imagine: The Olympic games, steeplechase event. All of the contestants line up to begin, and the judge comes out... He explains that due to unfairness in training regimens, quality of gear, and physical hygeine, everyone would have their time modified according to how they prepared and appeared. This is being done to make a more competitive environment, and include all aspects of physical fitness. To discourage people from spending too much on any particular training style, and level the playing field for all involved.

it's kind of how I feel about comp at a tournament. I don't care for it.

it's more arbitrary rules placed on the game to 'help' people. I think it would help people more to learn how to deal with other forces rather than neuter what they fear. Perhaps post game reviews, or blog posts covering the games.

If you must have comp, I prefer to use it as a tiebreaker. For me, playing an older codex is penalty enough. I play (primarily) WH, and I have a few builds I work from. I can make an army that can compete with the newest of codecies. 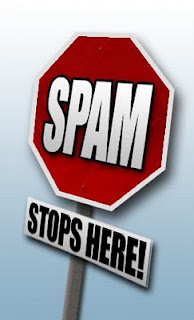 Unit Restriction comp: (to prevent spam)
in this type of composition, a player is awarded points for not taking redundant, or "overpowered" units. It's fairly arbitrary from place to place what is considered "overpowered". Some places Lash Princes are "overpowered", other places units in vehicles with more than one assault weapon are "overpowered". Some places, it's Named Characters or Multiples of the same unit.
It's up to the Tourney Organizer's preferences.
I have fewer options than newer codecies, (unless I induct or ally in other forces).


I don't include inducted SM's, because they prevent you from using any Sisters of Battle units (which is most of the good stuff)

I know the Dark Eldar aren't much better, neither are Tau, and the Necrons don't fare well under general blanket restrictions to units and named characters.

old codexes are designed with smaller game sizes in mind. Around 1500 is a decent size for a lot of the other codexes. Newer codexes can easily field larger point values without having multiples of the same unit.

The Last time I checked, Space Marines had 5HQ choices, 8 Elites, 2 troops, 7 Fast Attack, and 9 Heavy Support. wow. that's 21 DIFFERENT things you can choose from that one codex. I have 16, restricted by taking certain units to 'unlock' them. Several of those units are rubbish, old, underpowered, overcosted units.

If everyone was playing Space Marines, I could see why you would want to encourage people to not take multiples of the same unit. They have multiple units that can do basically the same thing.If you want more 'variety of units' with your comp system, I'm more likely to not show up with my WH's, and bring yet another Space Marine flavor army. Congratulations, You now have more of the majority army showing at your tournament, and everyone's taking one of everything.
new codexes have more variety, and more powerful, cheaper units, plus the ability to re-arrange their force org charts
I know IG is in a similar position. IG has a number of pretty good choices for shifting roles between Force Org slots. IG do this even better than Space Marines, but don't tell the glory boys that.

Basically, unit restricting hamstrings older books. Older books don't have the variety or strength of options that the new books do.
I also don't buy the 'Old codexes just aren't competitive' arguement either. Old codexes are different, and were written with a different edition of the game in mind. 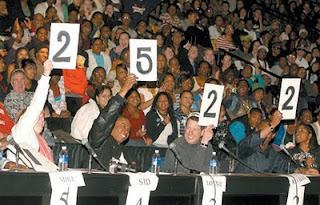 Panel Decided Comp:
Panel Comp is better, but still arbitrary. In this system, before the matches, a panel of judges scores your army according to how 'tough' it is. Sometimes the scoring is nebulous, sometimes it's hard spelled out. It comes in the form of a handicap to your battle score usually. But it's decided by the panel's opinions on what is 'broken'. I don't think comp encourages better generalship necessarily.
I mean, would it be fair for a sports team to be penalized for having 'too many' of a particular position? It's like telling the Indianapolis Colts at the beginning of the game that because They're using Manning, Addai, Wayne, and Garcon, and as a result, to make the game competitive, the colts would only get 3/4 of the points they score. The Colts will recieve full points if they play the waterboy, their third string Quarterback, and only 1 of each position (except linemen). the outcome will determine which is truly the better coaching staff.

I suppose my point is that any game (wether it be warhammer 40K or sport) isn't solely listbuilding or generalship. Good listbuilding is PART of good generalship. It's important to be able to fill certain roles in your force, and be able to do it multiple ways, in case your opponent can easily counter one of your approaches. Until all codexes are updated, it's still an uneven playing filed when Comp gets applied. MAny old codexes have 1 or two solutions to every problem.

Comp can Encourage people to get creative with their listbuilding, but it's really only the newer codexes that can take advantage of units in different Force Org slots that overlap with having the same role.
The IG codex is probably one of the best examples of multiple avenues to functional redundancy, as I mentioned earlier.
Look at what Comp made SandWyrm and I do to prep for a tourney:
COMPetitive play? PartII

I think it really made SandWyrm have to come up with a better Force. My list, I feel was a hodgepodge. I didn't take enough time to think it through. I threw it together the night before, and constructed it with what I had painted.

Overall, I'm far from convinced Composition scoring is necessary in a tourney. I would rather see everyone bring good, well rounded, all-comers lists to tourneys.

If you must have Comp:
I think if your tournament must have Comp, It needs to be announced for all participants. All of the scoring should be released ahead of time, so people don't show up with DeathWing Dark angels, or Necron and get hit hard by the Comp Hammer, and have no chance at all of winning. Those people will know just to stay home with their 'overpowered lists'. If it's Panel ambiguity comp, same thing. Let people know, and try to get guidelines out for what the hobby panel will deem a 'fair' army.

Separate out the Paint scores, Theme Scores, Battle Scores, Sportsmanship, and Overall scores. If someone wins one prize, they shouldn't get another. Make the Overall prize a little bigger, and make sure to point out if the overall winner would have won another category. Also, give a prize to the whipping boy. I know in Every Tournament, someone gets mercilessly beat upon each game. If they dealt with getting thumped like a red-headed stepchild, they deserve a little something for being a good sport.

thoughts anyone?
posted by Farmpunk at 3:45 PM