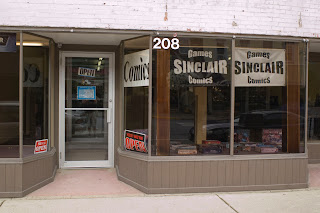 So I drove for 3 hours up into the middle of nowhere (Kendallville, IN) for the 'Ard Boyz Semi-Finals. The venue was Sinclair Games and Comics, which was a surprisingly large game store for such a small town. Evidently they draw players from the city of Fort Wayne and other nearby towns.


The Store
Sinclair had a big front room and a couple of smaller rooms in back, all which were filled with tables for the day. We had around 36 players in all. 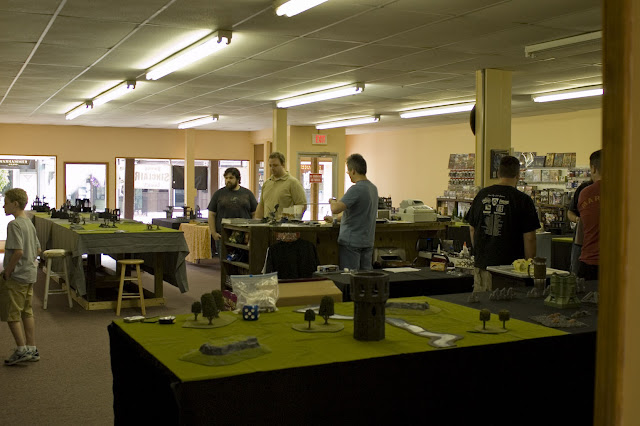 There were about 14 tables in the front room. Terrain was mixed. 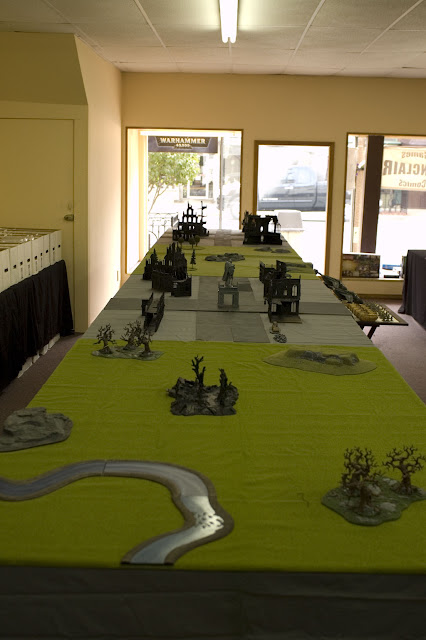 Most of the tables were good, but some did favor Mech or Foot lists over others. 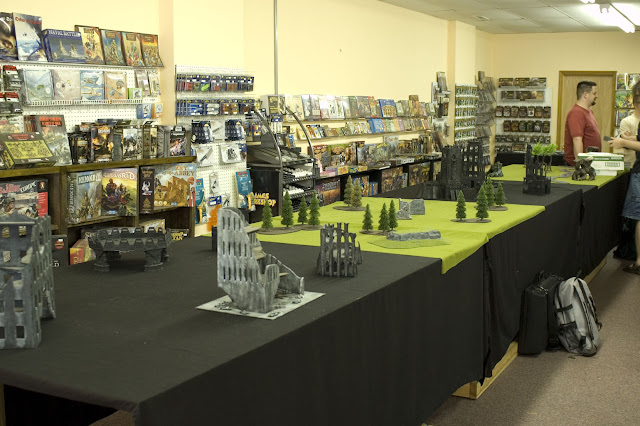 My 2nd and 3rd games were on the left-most table in this pic. 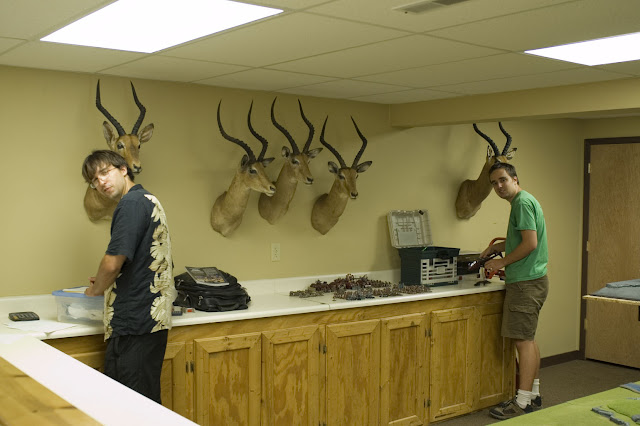 The Back Room. Yep, it's definitely rural Indiana. :) 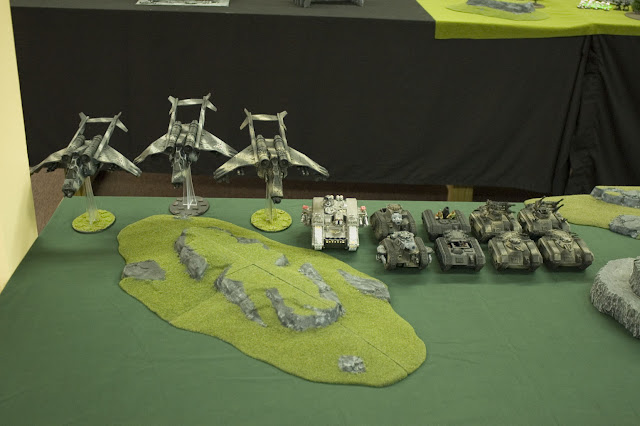 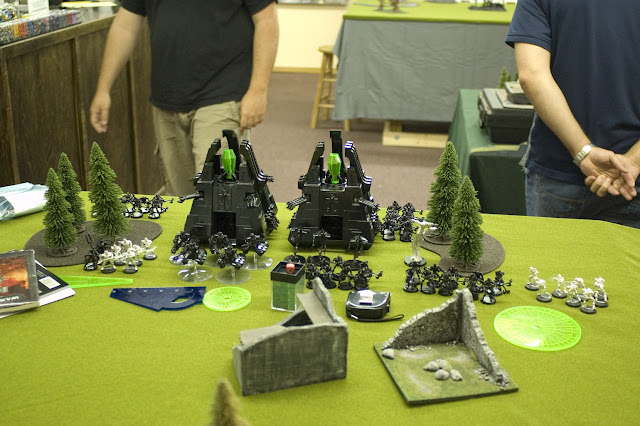 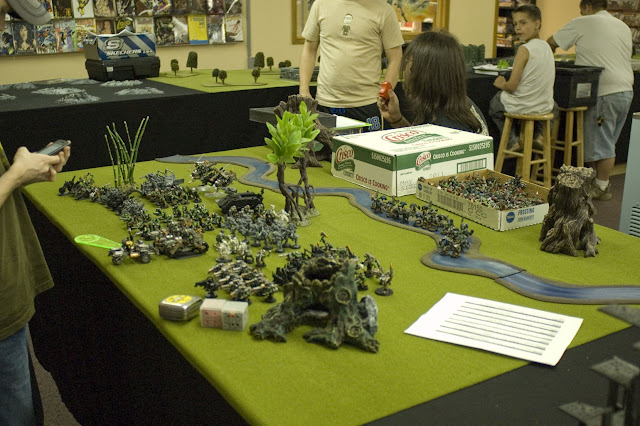 Two Ork players getting ready to fight. The one on the right belongs to Evil Ted from the South Store, who I played in round 3. 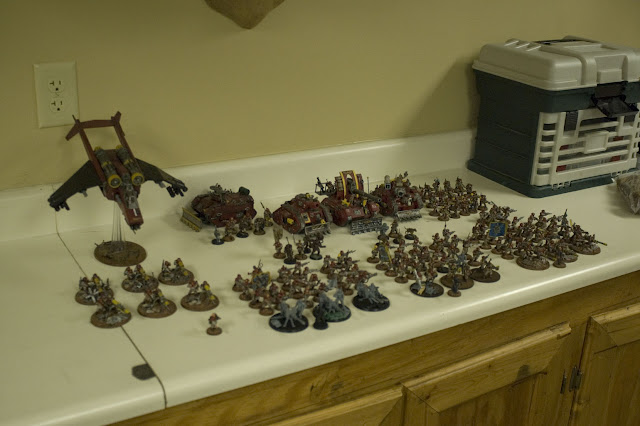 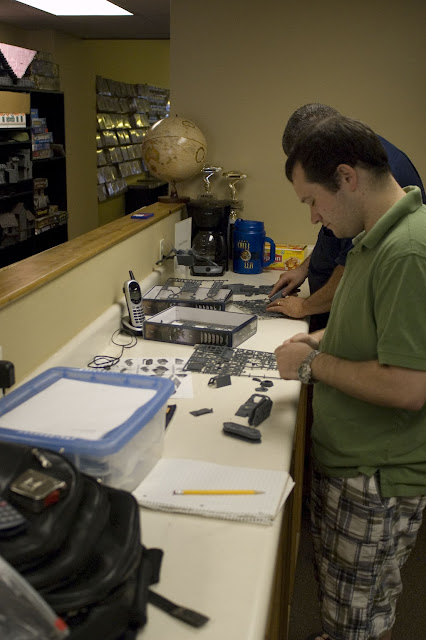 This IG player had 2 other guys helping him put together 4 Chimeras, 2 Valks, and 50 infantry in the hour before the tourney started. Um, why dude? 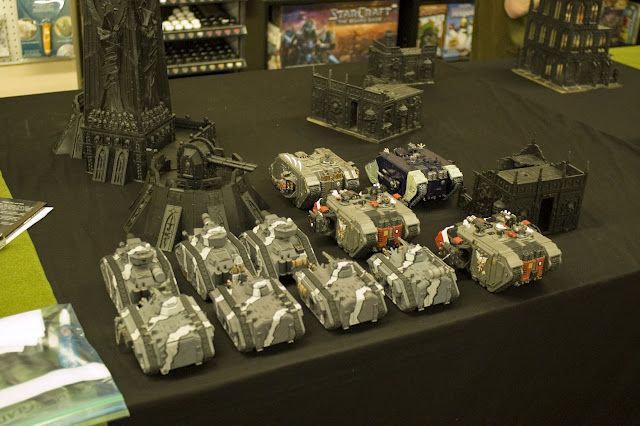 Bluemoon saw the light and reduced his Land Raider to Guard ratio for his Daemonhunters. :) 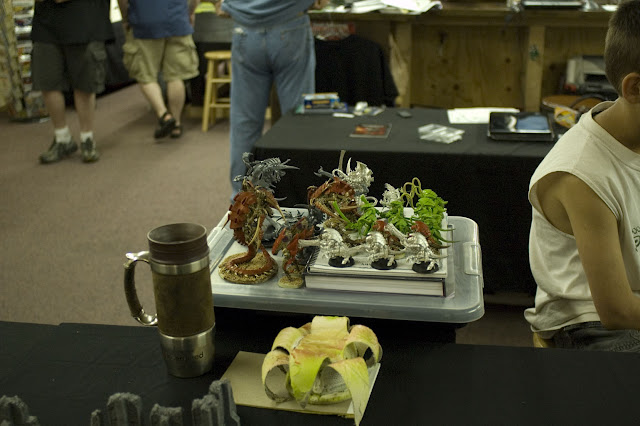 There really weren't as many bug players as I expected. 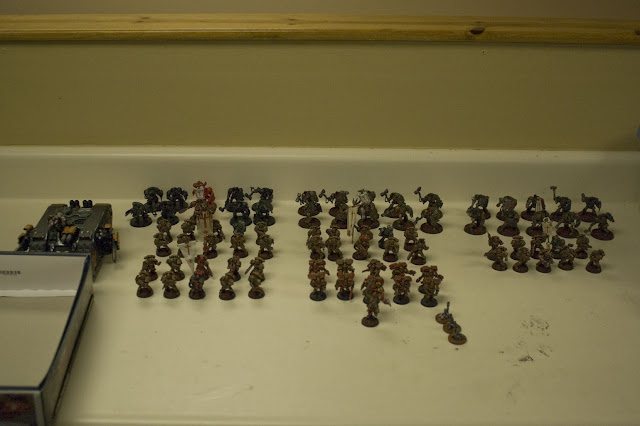 Blood Angels, I think. There weren't very many of them either. 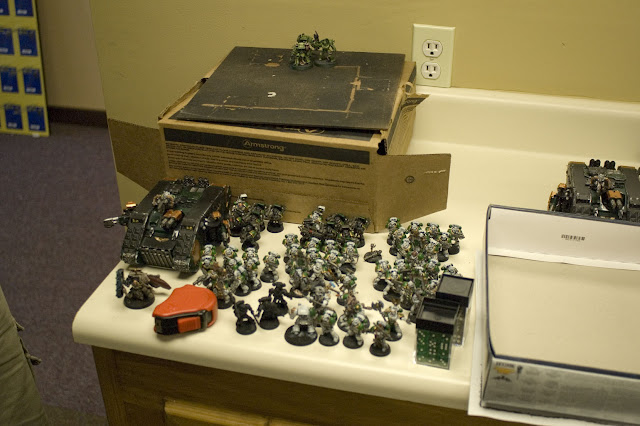 And this is the only Space Wolves player I saw. 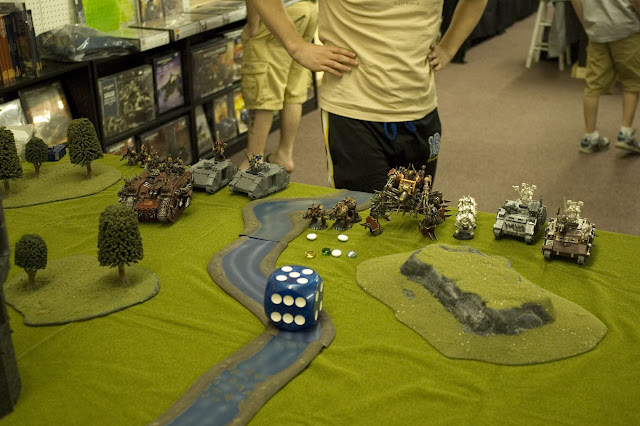 There were more Chaos Marines than I expected to see. 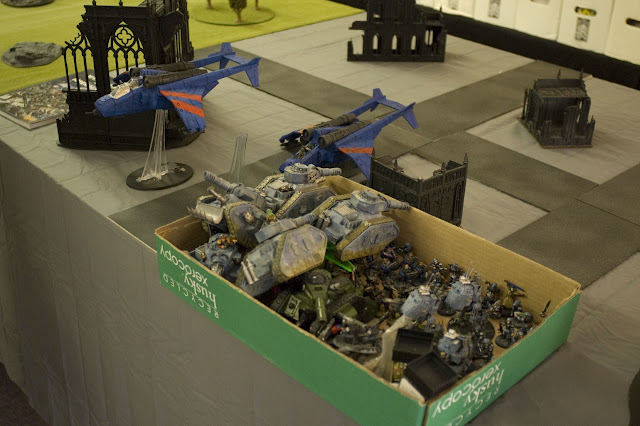 So much money, so little care.

Theses were the early-birds, but most of the players didn't show until about 10 minutes before we started. So I was too busy getting set up to take their pics.

I'll discuss my games in part II.
posted by SandWyrm at 4:55 PM