I walked up to the final championship table that had just two games earlier seen Justin Cook a virtual unknown beat Ben Mohlie, ETC member, and winner of WarGamesCon for The Nova Open Grand Tournament Championship, and the game before Where Jesse Newton knocked out my good friend Brett Perkins.

The doubters where everywhere.  Jesse and Justin are friends and their lists are very similar.  And together up until now they were 12-0.  Would they be 13-0 or 12-1? 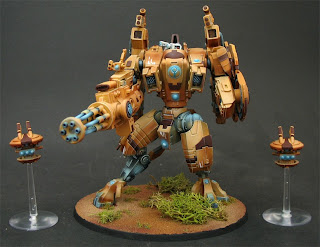 You see it wasn't just one of these riptides,


It wasn't two or even three, 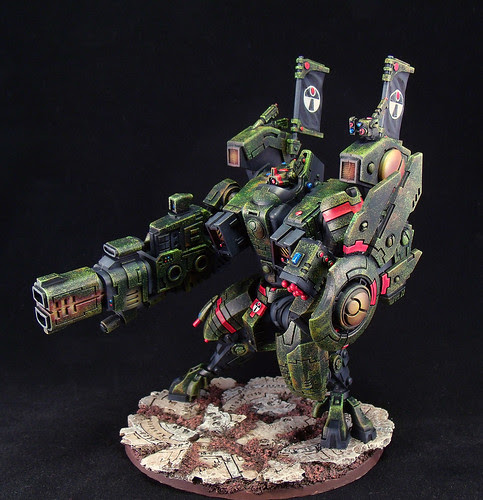 But 4 riptides!!!!  The funny thing is I was thinking the same thing as all the naysayers.  "Wow, what am I going to do against this?" 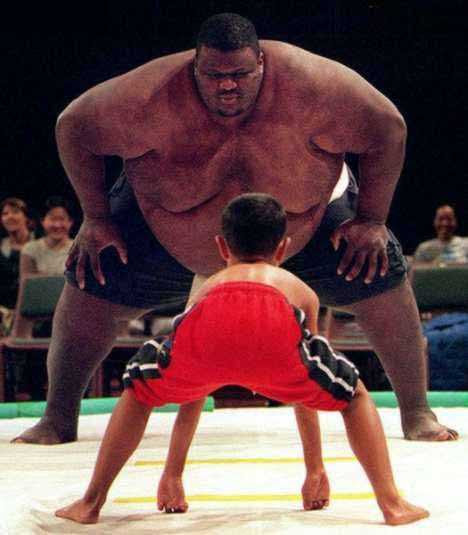 Truly a david versus Goliath battle.

I thought for sure if I could go second I could pull out a reserve, snatch and grab technique. But as the dice Gods decided he made me go first.  Ugh!  :(   I decided going first I was going to try and refused flank deploy to limit what he could shoot at me and reserve my scoring units using Scriers Gaze.  Go back 6 hours and I decided to drop out of the last round of the Grand Tournament since it didn't matter anyways to watch this list play.  I needed to get some recon on the strategy. Watching the final game of the GT helped forge my plan.  I figured Jesse was going to try and take the center as I had seen in that game and another invitational game. He did just that and I decided to try and pop his troop choices since he could focus fire on my riptide and kill it faster than I could his 4.  I was able to kill 4 suits on turn 1 thanks to a overcharge strength 8 ap2 large blasts that ignored cover and hit. Killing a single model instantly and killing another suit causing him to fail his leadership and run off the board.  I also focus fired on some drones to try and slowly take apart the giant unit.  His turn was uneventful as I was able to make saves and only take a few wounds and a few hull points off my serpents.

I won't spoil the rest of the battle as you can see it recorded below from Ustream. Thanks to the 11th Company for being incredibly awesome!!

The story of David and Goliath came true as I was able to topple the giant and win the 2013 Nova Invitational Championship which eluded me in 2011 when I played Nick Nanavati in the Invitational Championship but lost.  Thanks to  Justin Curtis who helped me with strategy against Nick and Flying Circus, Greg Nichols who inspired the army, and my heavenly father for just being cool all around.

The Nova Invitational is considered by many the most competitive invitational tournament in the world with GT winners all over the globe coming to clash.  The list of players is Here.


Next up for Spaguatyrine: Feast of Blades and the hunt for the final spot on the American ETC team.

You can watch the game here 2013 Nova Invitational Final

Thoughts on the list of Jesse or my list?  What should I take to feast?
posted by Spaguatyrine at 9:12 AM