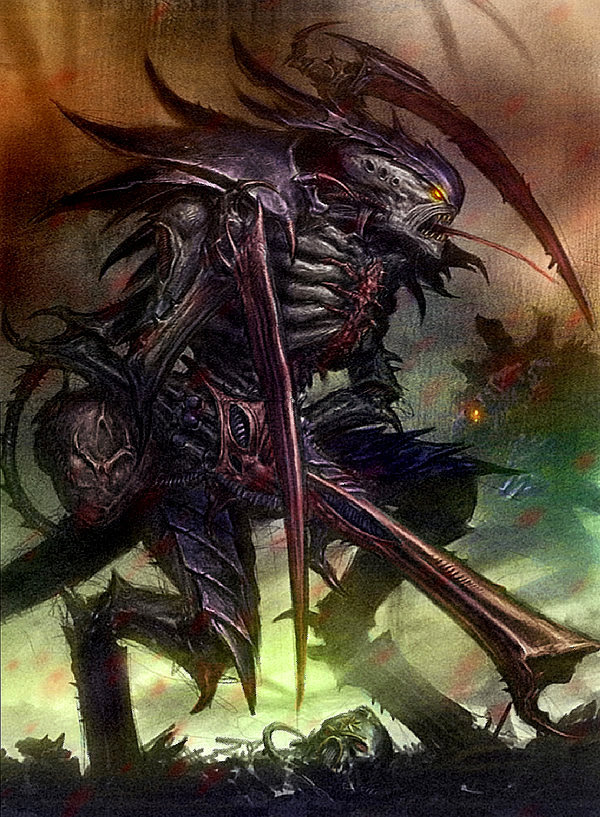 A lot of people are giving the Tyranid warrior flak for being bad but almost needed for synapse. They are one of my favorite tyranid units and I want to go through why they are what they are, how they have been and how I think they could have been better.


Warriors are not really a bad unit, but they are not really great. Their main comparison is against Space marine scouts. Space marine scouts sometimes work their way into peoples lists, but they are not amazing nor bad. Scouts cost 1 point more per wound and have a worse Ws, but instead get infiltrate and scout making them versatile. Scouts can also swap their weapons for minor points, and have access to a functioning heavy weapon (Missile launcher).

Lets also consider Space marine assault squads. They are fast, and decently survivable, but they really don't do much in combat, so aren't the greatest. On the other side, Veterans, even with a point reduction, are generally too expensive with power weapons to be wide spread viable. The same can be said for Close combat warriors. If you are going scything talons and rending claws, they are not bad, but are still slow, and even with Ws5 wont do a whole lot of damage. If you pay for boneswords, now you are becoming more than terminators in cost, and you lose a lot of potential for every model that dies. 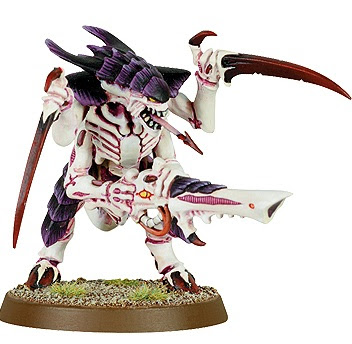 So what about shooting warriors. Well generally I see them as the more viable option. They are cheaper, and still very versatile. The upgrade to a deathspitter is generally recommended, for 5 points it increases both the Strength and AP of the devourer to 5. The problem being even for this you are paying for those attacks and high Ws, but those aren't wasted too badly as they help you be well rounded.

The main problem as I see it is that both standard guns are 18" range. This means to get your unit into range, you have to be within Rapid fire/melta/assault range of your target. 3 shots S5 AP5 is good, but generally wont kill off a whole unit in one turn, which means you will be facing down that unit on their turn as well.

The second problem being that the "heavy" weapons for the squad are very lackluster. Stranlger is a S4 AP5 large blast, while the Venom is S6 AP4 small blast. Both of these fire at 36" range. Both of these aren't horrible against some unit, but neither really give an added role two the squad nor mesh well with their general function. And lastly, the second set of arms for a Warrior is wasted when they have a gun. They do not have two pairs of weapons so gain no benefit from that, and talons being AP6 does not count as a benefit. They can replace these talons with Spine fists for free, but you can't shoot a second weapon, and they really don't add anything to the squads performance either. 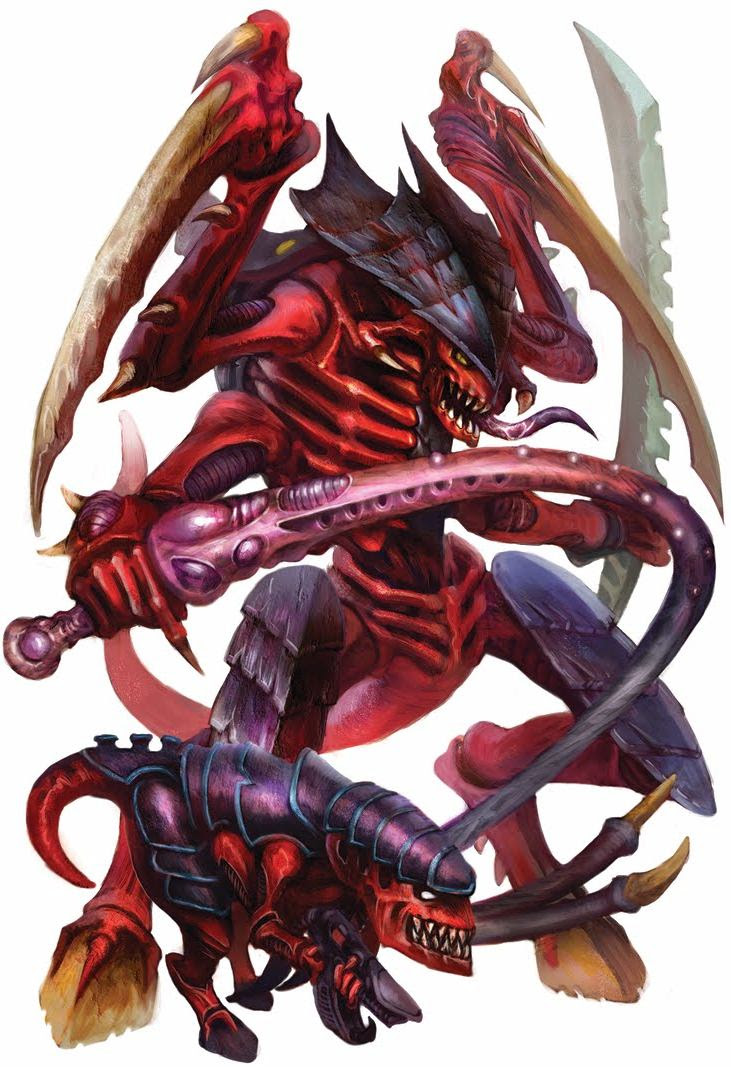 I want to take a look back at 4th edition warriors because that's when I fell in love with them and when I think they functioned the best. First of all, Yes warriors had EW, but they were also 2 wounds back then so it really wasn't that important for them in my opinion. I dont think warriors should gain EW now, that is just part of their weakness.
For the close combat builds there was an upgrade called Leaping, where it essentially made them beasts. Basically you would take this with talons/rending claws. So for almost the same price as Raveners back then (40pts vs 42 points warriors) you had the same statline as ravener, but 4+, flesh hooks (which were 2pts) and synapse.

For deathspitter warriors, you were 36 points a model, but the Bs3 and 4+ save were optional upgrades. The big change was the deathspitter profile. With that warrior load out, it was 24" S6 AP5 Assault 1, blast. Considering it was a blast, you didn't need that Bs3 as much (but blasts worked slightly different so it was good to have). The other good change was the venom cannon was S7 assault 2 for warriors. So a small autocannon that gave them some versatility.

For now, I think the combat warrior is pretty nifty as it is. It gets expensive when you start stacking upgrades, but fleet and grenades and poison makes them deadly units. I don't think the weapons getting 5 points more expensive universally was fair to them, specially since boneswords got worse than they were. As a build I think they are about on par, their main problem is a lack of delivery, which is more the rest of the codex's problem.

For the shooting warriors, I think it comes down to the weapons themselves. Just giving the deathpitter its 24" range back I think would go a long way to making them better, it doesn't even need its S6. The venom cannon changing to it's old version I think would also give the squad some good potential. The way scything talons have changed as well hurt shooting warriors, as it basically gives them nothing now, and their second arm slot is now a wasted space instead of keeping them a flexible unit.

Has anyone had real success with warriors? I still run a 6 man squad with Deathspitters, scything talons and toxin sacs as a strong midfield counter attack unit, but most times they end up huddling on an objective trying to score for me instead.
posted by TheGraveMind at 12:48 PM