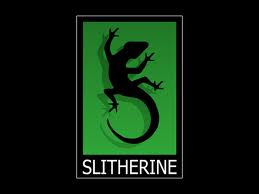 I got wind of something interesting. Apparently, GW has entered into an agreement with Slitherine, LTD.

to produce a turn-based Strategy game based on Warhammer 40K...
interesting.

Here I had been thinking GW didn't want much to do with using it's IP in different arenas. They didn't seem to be doing much with it after the Dawn of War series, and the Space Marine games. Of course, THQ's bankruptcy probably had more to do with that than GW's wanting a tight reign on it's IP...

they also apparently produce their own historical miniatures game:
Field of Glory
which is a historical wargame, covering Ancient times to Napoleonic era

Hmm. so here's the press release (and forum) on this, from Slitherine:

Slitherine and Games Workshop® are pleased to announce Warhammer® 40,000®: Armageddon™. Having announced an exciting partnership with Games Workshop a few weeks ago, Slitherine are delighted to release further details. Slitherine have acquired the exclusive rights to Games Workshop’s “Battle for Armageddon” setting in order to create a series of amazing multiplatform, turn-based, hex-based games. Warhammer 40,000: Armageddon will make full use of Slitherine's expertise in creating compelling and challenging strategy gaming experiences. The initial game is set during the Second War of Armageddon and players will lead the Imperial forces of the Armageddon Steel Legion and Space Marines® from the Ultramarines, Blood Angels and Salamanders Chapters against Ghazghkull Thraka’s massive Ork Waaagh! invasion through over 30 scenarios, on the hostile terrain of the planet and its gigantic Hive Cities.
"It is very exciting to see a game like this come alive - I just can't wait to play it!", said Iain McNeil, Development Director of the Slitherine Group. "It's been almost 15 years since a turn-based strategy game set in the Warhammer 40,000 universe has been released and we think it is now time to deliver that experience to all fans around the world".
“The Battle for Armageddon is a classic event in the lore of the Warhammer 40,000 universe, having been detailed in games, models and novels over the past 20 years.” said Jon Gillard, Head of Licensing at Games Workshop. “Slitherine's masterful use of their classic digital wargame style applied to this seminal setting will delight fans of both.”
The game is currently in development for PC and iOS and will release in the first quarter of 2014.
Main features of the game include:
Some numbers:

and thanks for bringing this to my attention, Tompson.
posted by Farmpunk at 2:26 PM