Tippcon was this past weekend. Since I used to go to Purdue, I couldn't pass on a chance to visit West Laf. I took my girlfriend with me to show her around while not playing in the tournament. While in numbers it wasn't as many people as I had expected, it was far more competitive with a lot of big names and top placers all in one room. I had brought a Nid list, so I was already losing some confidence from the go. 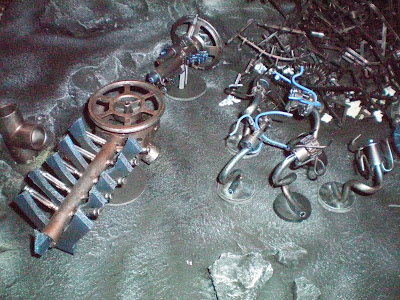 First match up was against Junkcrons. He also plays nids, so he knew exactly what to do. With something like 15 wraiths, 2 fliers and 3 barges, I was in for a tough fight. I had gotten a few enfeebles, so to make sure his wraiths didn't get instant killed by all of my S6, he played keep away the entire game. I couldn't hurt AV13 from afar. Hot dice on his end, and cold on my end saw the game go quickly with me killing 2 wraiths the entire game and having 6 gaunts left at the end. 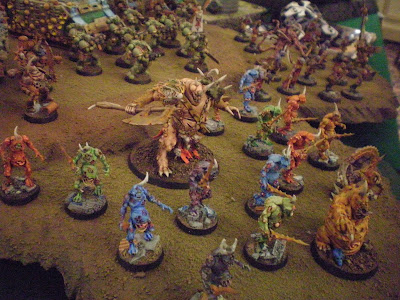 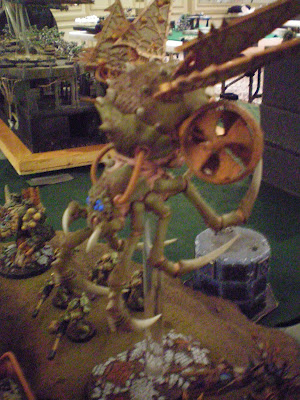 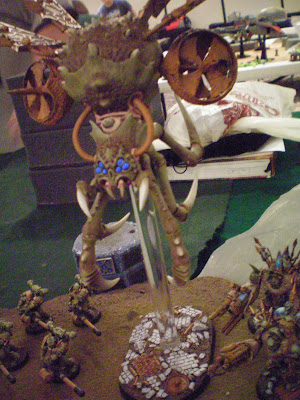 From there I faced Draigo-wing and then a nurgle list, both of those I won by mostly board control, and scored almost full points. I then faced against a solid grey knight list, and while I felt like it was a close fight, I did little actual damage and lost by a lot. In the end though, 2-2 wasn't bad, and had enough extra points to squeak into the top 8, along with the other tyranid player. 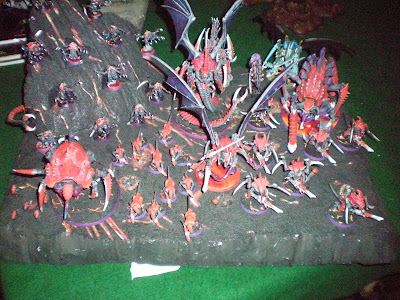 Day two saw my first round against a necron list very similar to what I faced day 1, and at the bottom of turn 4, it looked like I might pull out a win. But alas you can't keep a good robot down, and we tied on objectives and I lost by kill points, with me having first blood, and him with slay the warlord. 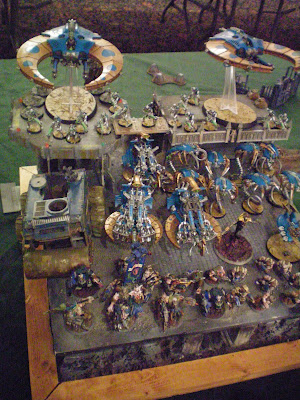 Since I was out of the running and had a girlfriend to show around the city, I didn't stay for the rest of the finals, but Since it came to Nemesis and Spag fighting it out at the last table for a second year, I'm sure they will have a story to tell. Though through it all, I managed to leave with best Xenos, beating the other Tyranid player by 1 tiny point. 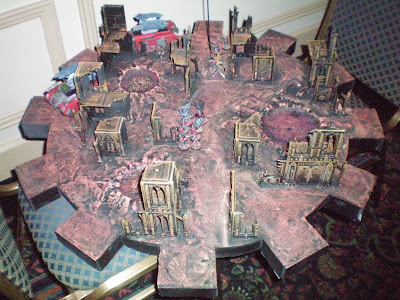 So the pros/cons of tippcon?
PROS
Cons 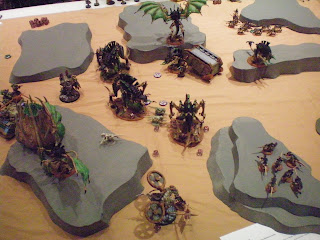 These are by no means a knock on the guys running Tippcon. They did a great job, just some things I would like them to consider. I know next year I'd be happy to bring up some local terrain if they want. 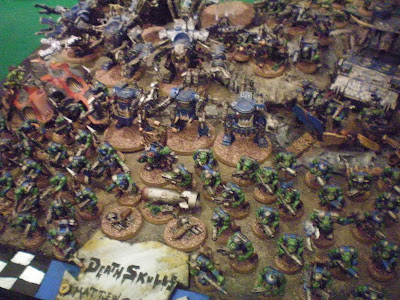 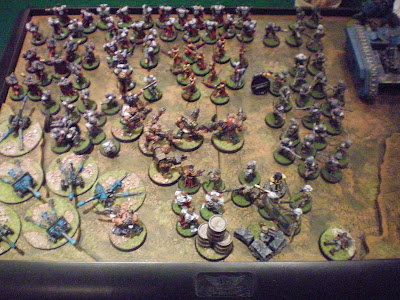 If you couldn't make it to Tippcon, but are interested in local tournaments, then check the Even Calendar over at 40k Prey.
posted by TheGraveMind at 5:39 PM