Why I Look For Failure 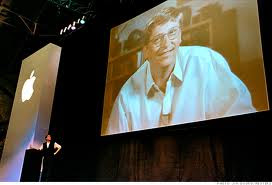 Andrew G. had a nice comment on my last post that sort of summarized the criticism I get. So here's a nice long reply. :)


"For what it's worth Sandwyrm, I think you're a tad out of touch/have blinders on to what 40k is actually like right now. Not meant as a dig, just an observation of someone who still actively plays/participates in a region which is thriving for 40k. It's very hard to judge the health of a game when you don't actually play it anymore, and though you mentioned "tearing things apart to make them better is just who i am!" I think in cases like this, you're just tearing things apart, with none of the "making them better" part.
I've played actively for many many years, in many different east coast regions/gaming groups, and have seen this with every edition shift - some areas thrived, some died. When 5th began a few vocal members of my group in PA basically hated it, and said the game was broken and it was terrible and switched to war machine, but continued to bad mouth the game. Slowly but surely the negativity around that just drug the local scene down until it basically died off - but as we both know, 5th edition was probably the most thriving time period for GTs, RTT's, and most other 40k gaming communities. These guys generally were the ones who couldn't or wouldn't adapt to the changes, got frustrated with the game, and let it sour them to the hobby.

6th came along, and I saw some regions do that, but I saw far more regions resurge. Around here (DC area) there was plenty of initial grumbling, but now people are very on board and enjoying 6th, and it's even brought back some old friends that had quit during 5th ed. From a GT perspective, imo the hobby scene has never been better - despite what Stelek would have you believe. I hate to say it, but either he doesn't want to, or he refuses to understand/give 6th a chance, and that site has went to the garbage can in the last year/year and a half. He posts up absolutely horrid, would never work lists as "the most broken but boring thing ever and this is why 40k is terrible now" that make no sense in 6th ed. At some point, he'll (and you'll probably) have to either hang up the hate/critic hat, or just get on board and give it a chance, not doing so will probably drive you crazy, and it does nothing but hurt the community at large.

Respectfully, I don't think that I have blinders on at all. I just see these issues differently than you do. More detailed in certain ways, more widely in others. Since I tend to look at the apartment block, and not the apartment.

I could even turn around and say (and please read this next part twice) that those who are still playing 40K uncritically have blinders on. Since the hope and passion that swirls around each new book is so dependent on each player thinking that maybe... just maybe... this time GW won't disappoint me. Maybe they won't nerf what used to good, overpower (when they know how) whatever is new, and ignore all or most of that faction's longstanding problems. But they always do disappoint you. Like clockwork.

I mean, if you understand who/what GW is, and how they've always operated, then you know the drill. You know what you're getting into when you play their games. In exchange for the fun, you accept the 'tax' of the money-making system that they've developed around their games to squeeze you, and you deal with it. Either by not caring (because you have lots of spare cash), or by doing your best to keep those costs down (trades, eBay, reduced winning expectations, etc.).

It can even become its own game, as you play "How can I not give GW my money today?". With bragging rights earned for finding substitute models that are, in some cases, both cheaper and superior to the one GW is pushing. Fun!

But lots of players, especially new ones, don't know the score. They keep expecting, and hoping, for something that GW will never give us, because it's not in their best interest. These players then spend small fortunes on the game, and get frustrated, without realizing that they walked into a trap. Then they realize they're in the trap, and spend even more money. Hoping that this one new model, or new codex, will make the game fun again. As fun as it was when they were new players, who couldn't yet see the game's problems. Finally, they just give up and quit for a few years, until those bad memories fade.

GW even has a name for this cycle: Player Churn. Its integral to their business model.

So that's the first reason that I still write about GW. Because I've been there and done that more than once. So I want to connect the dots and help everyone realize how the GW business model works.

That way, those who read my stuff can then participate, or not, with their eyes wide open. That's not solely a dig at GW either, as there are lots of games out there with similar business models, such as Magic. Or pretty much any MMO with pay-to-win content, such as World of Tanks. But those other games don't cost nearly as much money to get into, and stay in, as GW's do. Plus they're very good games compared to others of their type.

Another reason I do this is that the people who read this blog are the elite. Not in a competitive sense, so much as in all of you being the top thinkers and opinion makers across the hobby as a whole. When an idea is talked about here, it tends to show up later on other sites. As we all take it, digest it, and react to it in various ways.

So if someone makes an observation here, or points out a flaw, or suggests how something could be different than it is now, it makes a difference to the hobby. Blinds fall, expectations get raised, and eventually things change a little bit for the better. As the best ideas filter down though our thinking to the player base at large, and affect their buying decisions. Which is when a company like GW takes notice.

It works too. GW has actually implemented some of the ideas that we've talked about here in the past. Digital Books, Faster Codex Updates, Rapid FAQs that adjust costs/gameplay, some price reductions, etc. That's a victory for all of us. Our ideas are being heard, indirectly, through the fans, the stockholders, GW's lower-level employees, etc.

But being heard is not quite the same as being listened to, and while these are all positive developments overall, we also have to look at HOW those things were implemented. Which is, in most cases, badly. The digital books cost too much, the Codices are relatively poor in terms of rules quality and value, the FAQs are still sloppy and too marketing-focused, and the price reductions pale in comparison to the price increases on selected items.

As for being out of touch...

No, I'm not playing 40K. But that doesn't mean that I'm holed up in my basement either. In case you haven't heard, I'm designing a 40K replacement game. It's called WarStrike. It uses 40K (and other) models.

As part of the game's development, I get folks around town to test the game 2-4 times a month. Usually by showing up at a store on 40K game nights and looking for 1-2 players who are interested. I always have takers, and the games always draw lots of attention from current and former 40K players.

So that means that I'm in the stores. I'm at the basement clubs. I'm talking to people face-to-face about 40K, and their feelings on it. And you know what? Almost nobody is happy with the 6th Edition rules anymore. Some are angry about it, others are more fatalistic. But nobody has the excitement level that I saw everywhere in the first 3 years of 5th Edition. Which, despite its own flaws, brought a LOT of players back into the hobby during its height. Most of whom are gone now.

I also know, from testing my game, the things that different kinds of players seize on as being marked improvements. The competitive guys tend to want clear rules, balance, and tournament friendliness. No surprise there. But would it surprise you to know that the number one 'wow' for the casual guys has been the speed of playing my game? They really want 40K to play faster than it does now. In which regard 6th Edition is undeniably worse than 5th was.

That's my greater metro area. What's going on in DC or the rest of the country? I don't have any real data on that. Other than the impressions I gather from scouring the 40K blogs and bullitin boards. But my local scene does seem to reflect what I see there. Which is 40K hatred from 90% of the old competitive crowd, and a much lower sense of excitement as you move from the currently-playing competitive guys, to the casual end of the spectrum.

You're right to say that any change to a product is going to alienate some users, and attract others. That's a given for anyone in business. The question for us though, is whether more players are being attracted by 6th Edition's changes than have been lost. Because it has a direct effect on whether GW will be forced to change how they do business.

Put simply, GW has to fail (in their own terms, not ours), before they will embrace change.

But it IS a failure for GW, the company, because lowering prices is not in their short-term interests. Which, because of their CEO and stockholders, is all that they care about. To them, raising prices and keeping them there is a raging success.

So yes. I do want to see GW fail, and then fail some more. On their terms, not ours.

Like Apple did back in the late 90's. They nearly went out of business from chronic stupidity.


And then they finally changed... And prospered. And kicked everyone's ass for a good 8-10 years...

But I have hope for Apple, because these failures are big enough to make a difference. To make them stop, think, and reconsider what they're doing. Big enough to help them prosper.

Which is all that I really want, in the end, for GW. I want them to kick ass again. Because they used to. Back when I was a kid, and their games were much better than pretty much everything else out there at the time. Not just in terms of fluff, but the games themselves. They were the simpler, faster, games to play. But also the most fun.

Which means they need a big dose of failure if they're to wake up to all of the stunning opportunities that surround them. Which includes 3D printing. A threat they could own and make millions from if they would just stop trying to ignore its existence and exploit it instead.

I'll close with a trio of Henry Ford quotes:


"Failure is simply the opportunity to begin again, this time more intelligently."

"There is one rule for the industrialist and that is: Make the best quality of goods possible at the lowest cost possible, paying the highest wages possible."

"A business that makes nothing but money is a poor business."