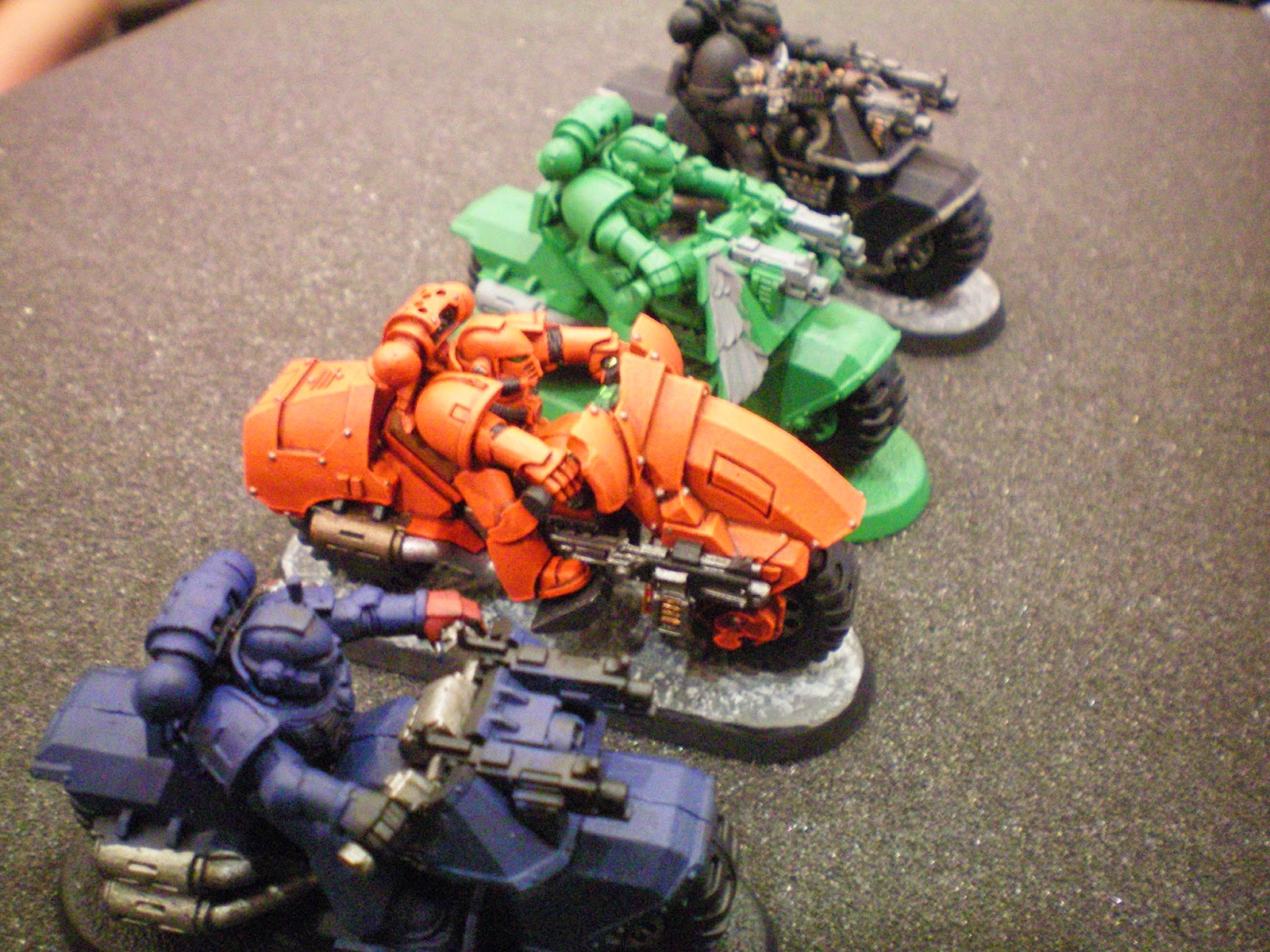 Some of us from the Battle Mallet gaming club decided we were going to go to Adepticon and partake in the Team tournament. We went with no display board, no real theme. We didn't even fully know what our other team members were bringing in their lists. Guess how we did...
We did amazing! Two of our players had never been to a large tournament before, one only starting a few months ago. We only lost 2 of our 10 games, and both of those were games we got seized on. We got to play against past winners and other top name teams. Full write-ups and more pictures are here.

We were mostly going to test the waters, but we had a blast and are deffinitely looking to go again next year. We came in Third based on game points. Once you factor in the rushed painting and the lack of display, we dropped to 22nd overall. But this being out of 120 teams, I think we did pretty well. 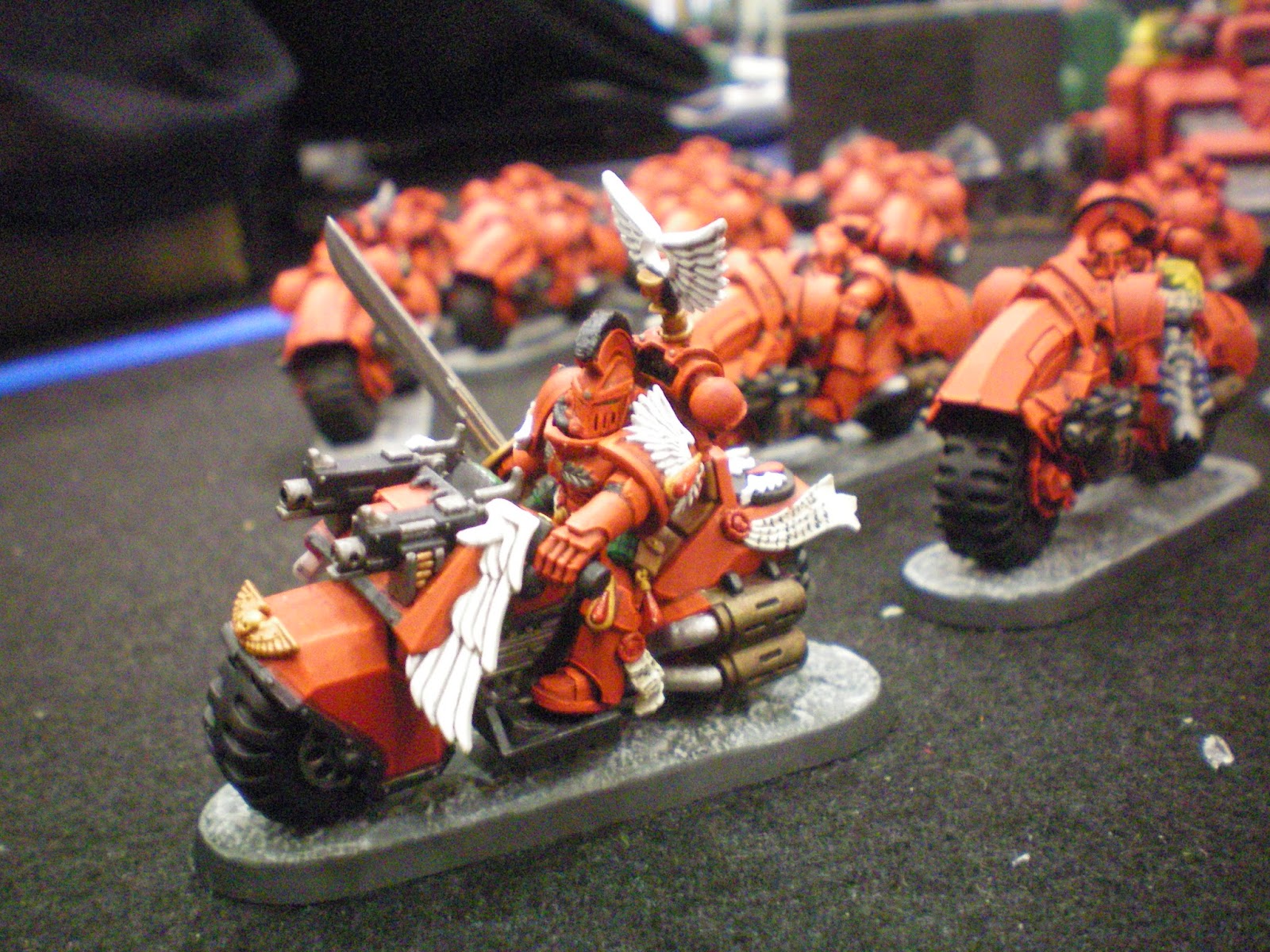 Our best painter finished up his 30k blood angel list, and ran it as white scars. The captain above was Khan. He had to go and show the rest of us up on painting, haha. 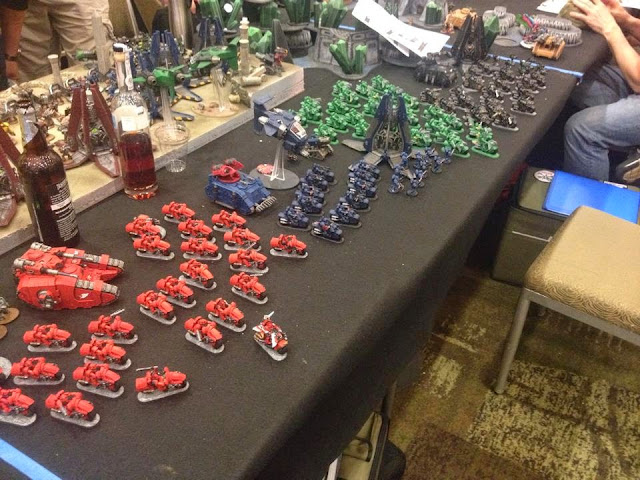 We kept getting "wow, that's a lot of bikes!" :) yes, yes it is. About 10 squads worth. Both White scar lists (red and green) had three bike squads, while the others had two bike squads each. There were Three chapter masters on bikes, and Kahn on a bike.

posted by TheGraveMind at 12:04 PM