Dust Dramas Part MCLVII: Only Matthew McConaughey Can Save Us Now 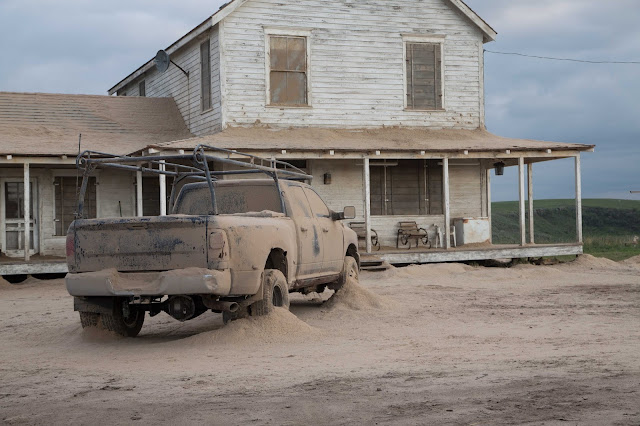 Maybe you thought this was all behind us.  I mean, wasn't Battlefront sending the last check?  What could possibly still go wrong?  Many things, my friends.  Many many things...

When we last left off in this whole torrid affair, BF had aired all the dirty laundry on Paolo and his business partner, but had agreed to send the last check for their portion of the remaining items.  That shipment is due to arrive in the States soon.  This is how they choose to announce it:

We are pleased to confirm that after several weeks at sea that the ‘Wave 2’ shipment is due to dock in Baltimore on the 29th July. As soon as this stock gets to our warehouse we will begin packing and sending it out immediately. Many Kickstarter orders will then, finally, be complete.

As we said back in Update #108, the Wave 2 shipment will leave minor shortfalls for some products, left over from problems with the pledge manager process for some orders. Those final shortages are covered in a third ‘resupply’ order - the full list of which we have supplied recently to William Yau at Dust Studios. Upon receipt of the order confirmation, which we expect any day now, we will pay this last amount to Dust Studios straight away. This last payment will mean that all paid-for Kickstarter stock has been accounted for in full.

We have already shipped out the majority of Battlefront-supplied free items, and the remainder will be shipped either with Wave 2 or with the resupply ‘Wave 3’ order.

For the portion of the free product which Paolo Parente agreed that Dust Studios would contribute, we still do not have a final resolution. Mr Yau promised this would be resolved legally after we paid for the Wave 2 shipment, but we are still waiting for this next stage. We are open to dealing with it through whatever channels Mr Yau prefers - either mediation, arbitration or litigation. But as yet nothing has been forthcoming from Mr Yau or any legal representative.
It is important to us that every backer receives everything they were promised, and we will continue to try to make that happen. When we paid for Wave 2, we gave up the ‘leverage’ that we had when we still held those funds. And the reality of geographical jurisdiction means that we cannot practically sue a China-based company.

What we do have is a right to restrict trade of stock with our intellectual property arriving in the USA and Europe. We intend to exercise this right to protect our legal position and our investment in DUST.

Given the latest news from Paolo Parente about their new range of products they intend to release at Gen Con, it strongly implies that they intend to ignore the dispute with us and move ahead with their new plans. We want to get this all resolved once and for all so that both companies can go about their business without further interference. But this dispute must be resolved first.

This message is directed primarily at those who may be intending to purchase new DUST products from Gen Con or elsewhere. We would like to urge you to be cautious, and not to pay for product until you can actually hold it in your hands. It would be terrible if this dispute resulted in more customers pre-paying for DUST products that could not be supplied to them.

It looks like Yau is still not willing to put up for his share of the stretch goals.  At least he's consistent.

I think all that 'come at me bro' posturing, stuff about protecting their IP investments, and not handing any money over to DS has to do with this and this. DS is lugging two new starters to Gencon for Dust Tactics.  The cards and rules have different designs from the recent dust 2.0 stuff BF produced, but may have identical or nearly identical rules.  Some of the contents of the boxes also match items from the Babylon Kickstarter as well.  I've heard they also plan on selling some older models in pure kit form.  Not the normal packaged assembled and based coated variety Dust kits are usually sold as. Probably tying to get around the bad licencing states Dust kits are in between DS, BF, and FFG.

My guess is BF is getting ready to lay an injunction on Dust Studios to prevent them from selling at Gencon. Is their case solid on IP grounds?  IANAL, but maybe, this same stuff tripped up BF with FFG back in Dust Dramas Part I.  Probably a moot point.  This is total war and BF is probably going for maximum dickishness,  If a lawsuit is filed it will be done so that an injuction on sales can get in place and leave little to no time for DS to overturn it by Gencon.

Dust is poison.  All parties just need to let it die, so that they can all move on to something else.
posted by CaulynDarr at 10:41 AM