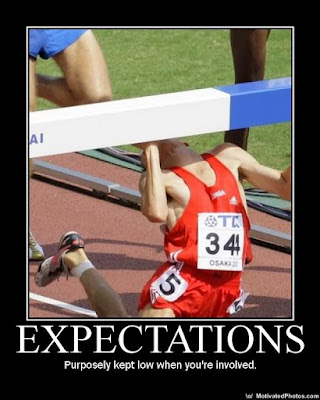 Had a look over at GW's investor page, and found this unusually informative statement on GW's upcoming financials. Snowmobiled opinions in red.


TRADING UPDATE ON CLOSE OF FINANCIAL YEAR ENDED 31 MAY 2015

We expect the Group’s profit for the year to 31 May 2015 to be broadly in line with market expectations.

If the market expects us to keep bleeding sales and cash, that is.

Over the year we have seen modest sales growth, at constant currency, in our core trade and mail order channels.

By resorting to bookkeeping tricks, we've been able to make it look like we're only doing a bit worse than inflation.

We saw a small decline in our own stores due to continued difficult trading in Continental Europe following our restructuring last year.

Which we're still blaming for all our troubles, even if that excuse is wearing a bit thin by now.

Even though real businesses need to operate and turn a profit regardless of single-digit exchange rate movements, we'll act as if we shouldn't be expected to operate in that reality. Hopefully then you won't notice that sales are still going down, and the website sales have only recovered 5% this year after plummeting by half(?) last year.

Funny how Apple doesn't have this problem...

We will provide full and detailed information, including the effects of adverse exchange rates, at the time of our results announcement on 28 July 2015.

Really, if it weren't for those damned exchange rates, sales would be up like 400% man! Really!