Well it's that time of year again, and once more GW has managed to avoid blowing itself up in any sort of carthartic-ly entertaining atomic fireball. Nope, this is the slow grinding decline of mediocrity folks, and the numbers reflect that.

Revenue took a pretty ouchy 3.5% hit this year, although Operating Profit is up a very respectable 34.1%. Which means that they must have found some more internal costs to cut somewhere. Roundtree adamantly points out that currency fluctuations accounted for most of the loss, but that worked in their favor last year, so it's a weak excuse. 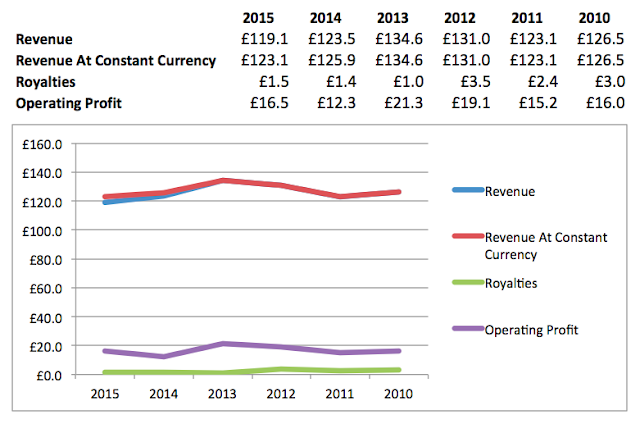 As usual, I like to look at the historical trend lines. Revenue-wise, this is the worst year of the past six. While Profit-wise they've beat 2 of the last 6 years.

If we adjust the numbers for inflation though... 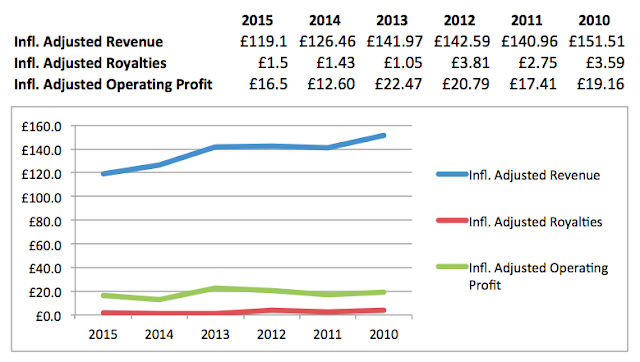 Kevin Roundtree is a better, more professional (or at least less drunk) writer than Tom Kirby. But we still get the same old spiel about Games Workshop being a "special" company that only wants to make the best fantasy miniatures in the world. 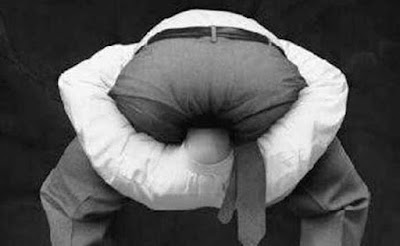 Not the best GAMES, the best miniatures. In fact the word "Games" doesn't appear anywhere in the strategy section at all, except for in the name of the company and as one activity (after miniatures and artwork) of the 167 design staff they have. Oh, and under Licensing as "PC Games".


"Our customers tend to be teenage boys and male adults with some spare money to spend and time to enjoy hobbies. I'd like to think our Hobby - modelling, painting, collecting, gaming - is for anyone. Our customers are found everywhere. Our job is to, on a day to day basis, find them, commercially, wherever they are."

Modeling, Painting, Collecting, and then Gaming. This is a hobby, and we're all hobbyists, not GAMERS. At this point we've gone way past simple neglect and have to assume that GAMES Workshop is actively hostile to creating decent games and serving the needs of gamers. We're just supposed to compulsively collect whatever models that they decide to release.

Well, they released some very cool models this year for a faction (Mechanicus) that I always wanted to play/paint. But what good is collecting all those models if you don't have something enjoyable to DO with them? Even if you're mostly a painter, there has to be some good way of showing off your work, such as a um.. tournament. It's the GAME that determines what minis you buy and in what quantities. If we're all supposed to be collectors-only, then what happens if we all just by one of each model?

But let's go back to their grand strategy, which seems crafted after the fact to support what they're doing. Which is to stubbornly cling to one market segment in the face of massively disruptive financial and manufacturing technologies that will grind them down to dust. 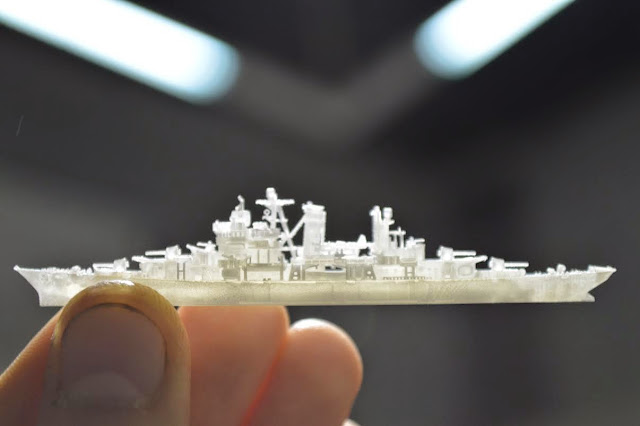 They could diversify, as they should have done long ago, into creating their own video games and films IN-HOUSE. They could co-opt the 3D printing threat and turn it into a hugely profitable arm of the company. In fact, they could use their in-house plastics tooling to produce licensed 3rd party designs at a price that no other plastics house could match.

Combine their plastics expertise and 3D printing together and you get the miniatures equivalent of the iOS app store. With thousands of individual gamers and garage companies submitting designs that could be produced and sold by GW itself at a nice tidy profit for all involved.

But no. They just want to make miniatures (and maybe games). Themselves. In the way that they've always made them. Meaning, when you strip away all the delusions, that they want to slowly slide into irrelevance and corporate death. While some other company puts the pieces together that they left lying on the table and does what GW could have done themselves.

Basically they're Sony right before Apple released iTunes. Sony could have made an iTunes. They even had movie and music content in-house to sell with it. But now they're teetering on the brink of bankruptcy, while Apple is rolling in more cash than they know what to do with. A good chunk of which was made selling Sony music and films through iTunes.

So much promise. So little vision. 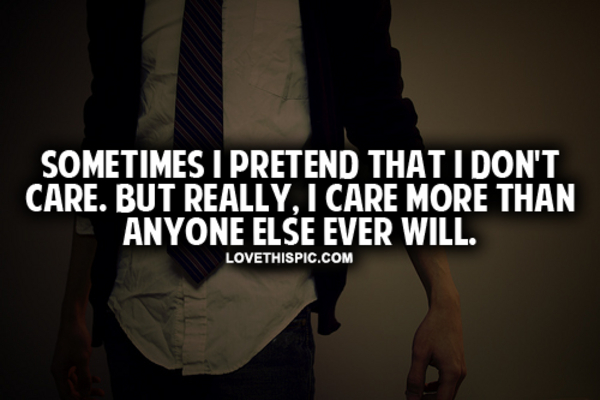 I could go on and tear the report apart piece by piece, but really I have better things to do than beat that dead horse again. Last year the flies were eating the ears. Now they're eating the eyes. Yawn.

I have two armies for Flames tournaments at Gencon to finish up painting. I have a 40K replacement game to keep writing. I have three kids and a dog to wrestle with, and we might go see Minions or Ant Man tonight. All of these things are far more important to me than whatever stupid thing GW is doing.

CaulynDarr has been going through the report today, and may do his own post on what he sees. But I'm done.

I'll post a pic of my Germans when I'm done with the basing for the last 5 trucks/cars.