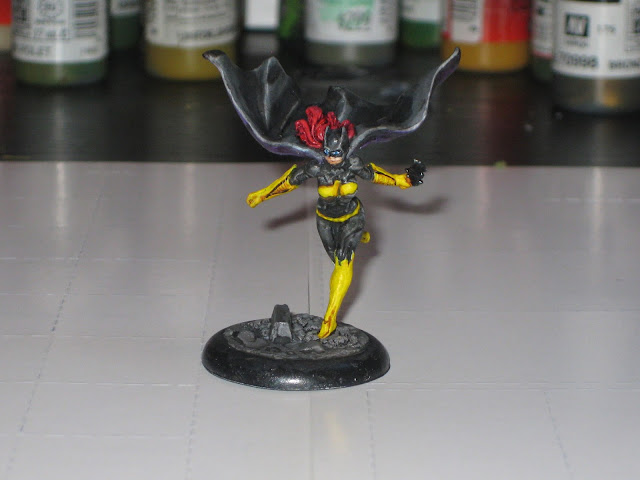 Do I have to turn in my man card if I admit that Batgirl was always my favorite?  Barbara Gordon Batgirl, not that fake, Cassandra Cain.

This in from Knight Models' Batman miniature game. I've been very impressed with the line whenever I've seen releases posted on line. The cost and lack of a rule book until recently kept me from buying any. Sinclair Games got a big selection of them in recently, and my painting queue was empty at the moment, so I decided to try one out. They've got lots of beautiful and expensive lead, but I went with Batgirl first. Sinclair didn't have the particular Batman I wanted in stock anyway.  He also sold out of Catwoman earlier too. 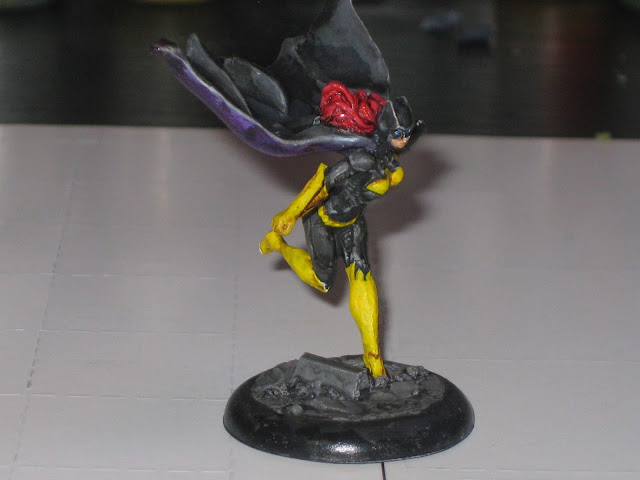 It's been forever since I worked with a metal mini bigger than 15 mm. These are boutique miniatures, a fair bit of hobby skill is required to get the best out of them.  The casting quality was very nice except for where the pieces went together. To get the two legs and the torso together I had to remove a good amount of excess metal.  Same thing with getting the cape to fit right.  I could have wished for the armor detail around the torso to be a little better defined.  The plates seemed to blur together for me, but that could just be my poor eyesight.   I might have to go back and pin the cape.  It's popped off once already during painting. 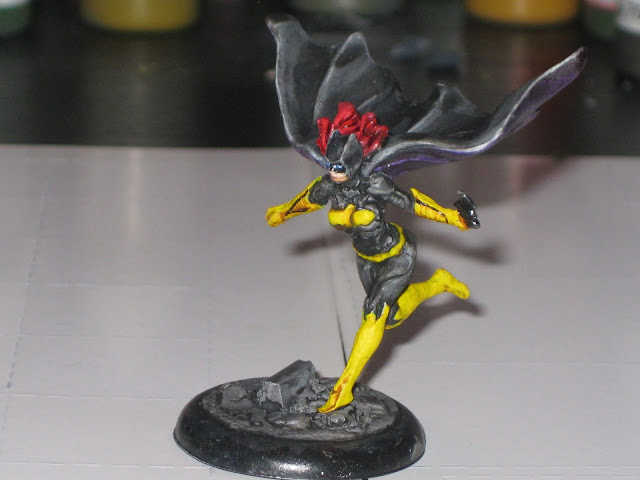 I'm going to slowly accumulate a pair of squads.  Not sure what I'm going to do for the villains.  I was thinking Poison Ivy and Harley Quinn.    But the League of Assassins models looks really nice too.  For now, I've got Batwoman up next on my painting table.  I will probably try and track down the new Arkahm Knight version of Batman and of course, Catwoman. 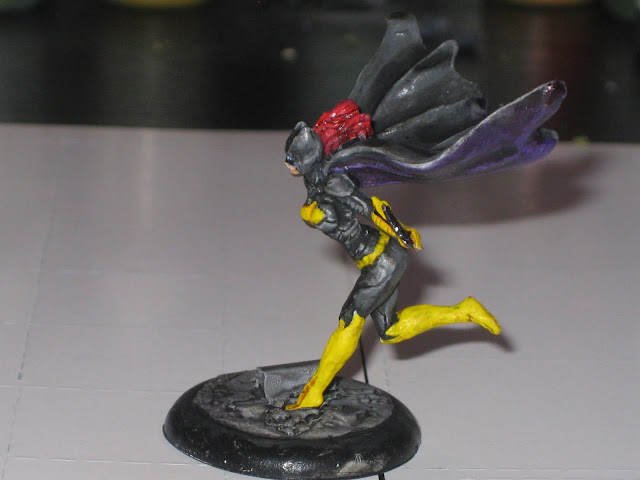 The rules look pretty solid from my first read through them.  It's got a few interesting mechanics that add a bit of resource management to the game.  Because Batman, the game is always played at night with illumination from flashlights and street lamps.  Games range from 4 to 10 models a side.  Depends if you go mask or henchmen heavy.  Batman himself cost 130 to 150 points while a henchmen may cost 15 or 16.  A more typical mid range hero like Batgirl runs 60 to 70 points.  Recommended squad size for games is 300 points.  The big downside is that the game is in metric, and there are a few awkward bits of translation in the rule-book. 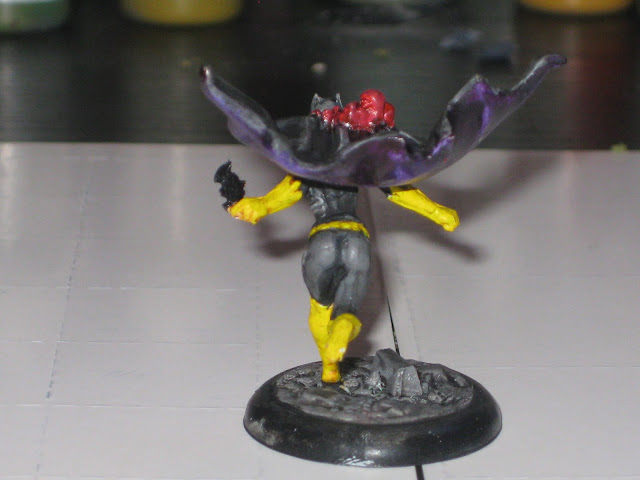 I only plan on picking one miniature up a week, so it may be a few months before I can set up a test game and give a good review of the rules.  Even if it ends up playing as terrible as Relic Knights, I won't mind just ending up with some awesome Batman miniatures for my display shelf.

posted by CaulynDarr at 8:10 AM