I thought that I'd do a quick post to show you how my latest 40K project is coming along. I've now got 2 assembled squads of IG Vets with Shotguns using 4 Forge World Hardened Veteran upgrade packs that I bought at this year's Adepticon. Along with some Space Marine bits. 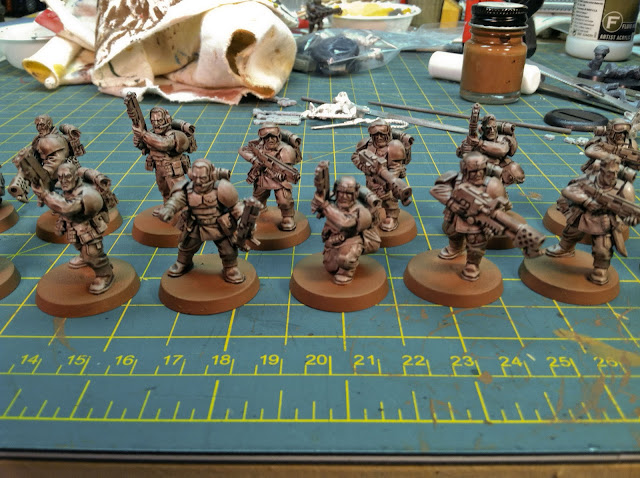 My only real gripe with the Forge World kits is that they weren't designed at the same size/proportion as the GW plastic Cadian sets that they're supposed to work with. So the plastic legs are all rather large compared to the resin torsos. The two don't match up well at all. Though I was able to hide the seams with Liquid Green Stuff plus extra grenades and other equipment around their waists. 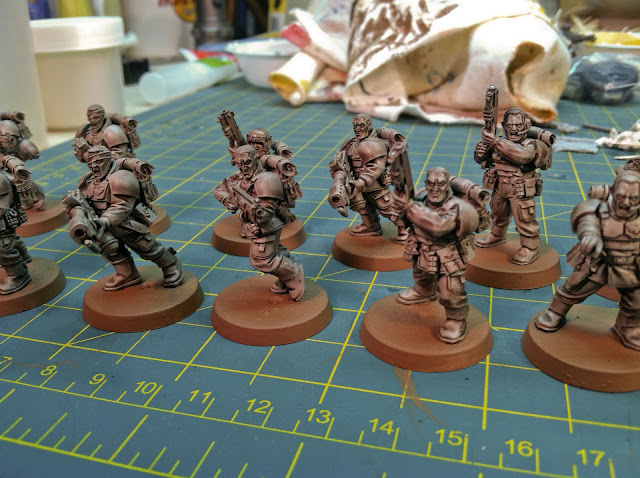 The resin heads are also noticeably smaller than the plastic ones. Which looks odd if you put one on a plastic torso as I did for the flamers. Conversely, the sergeants with plastic heads look like Rush Limbaugh compared to the rest of their squads. 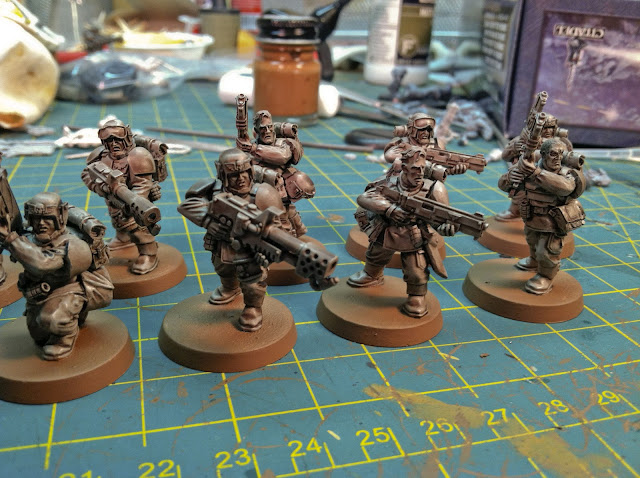 Once again I have to sing the praises of Liquid Green Stuff. I was able to easily re-build the thumbs on a couple of models where I'd had to cut the originals off to make them fit with the flamers. I'm pretty impressed with it's utility.
posted by SandWyrm at 12:33 PM