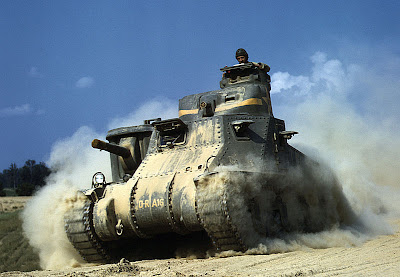 It's pretty interesting what you can find at model railroad shows.

Amidst all the booths of Thomas The Tank Engine toys that my boys were excitedly drooling over, I came across this baby. 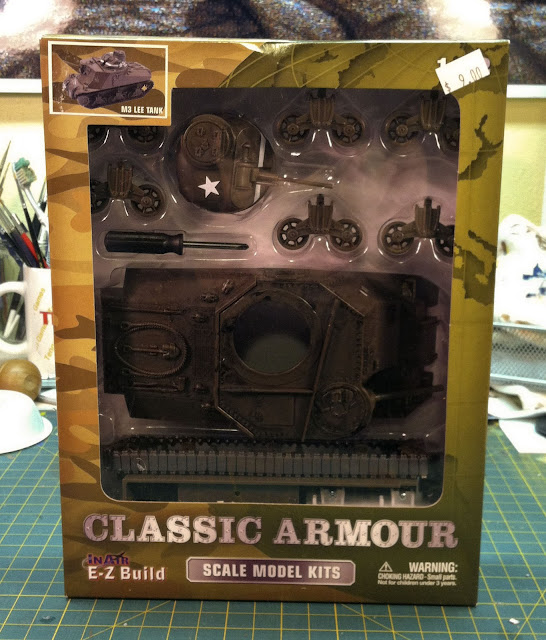 They had Tigers, Shermans, and Half-Tracks too. But this was the most 40K-ish looking choice. Here's the Amazon link: 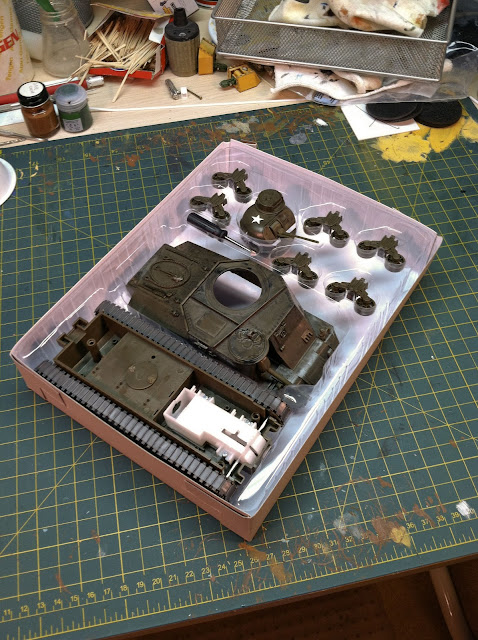 And the opened box. 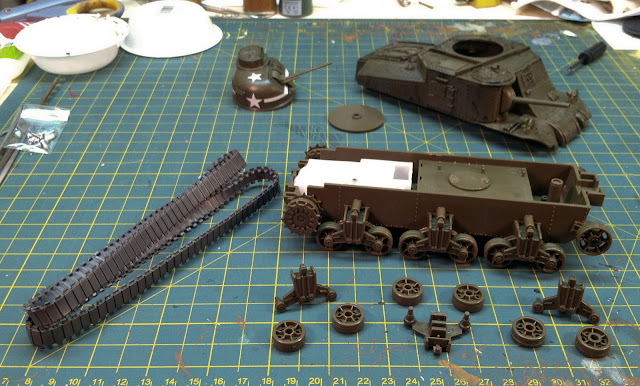 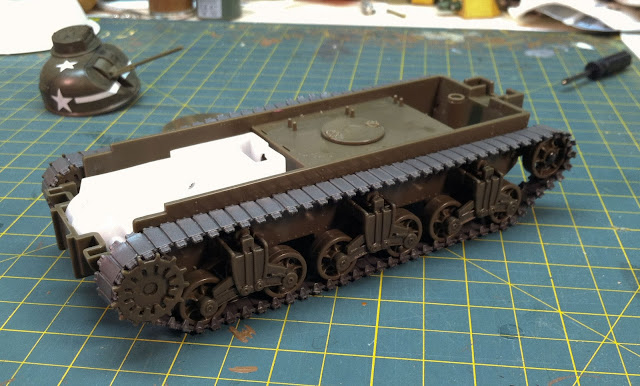 This is actually a motorized kit. Not that I plan on using it like that. 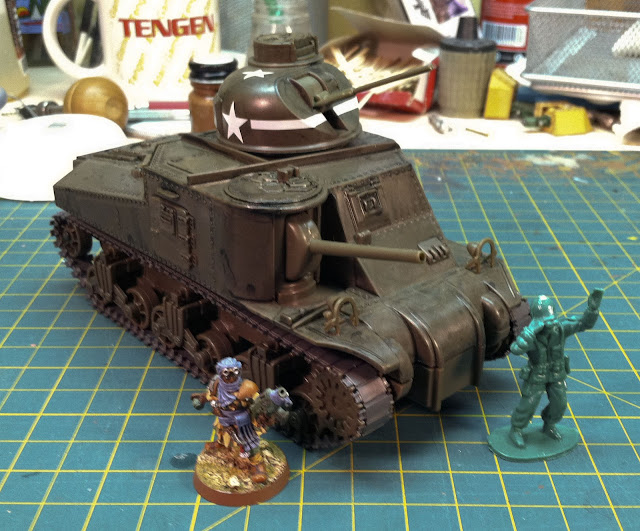 It's not quite 40K-scale. The green army man is about a perfect fit. 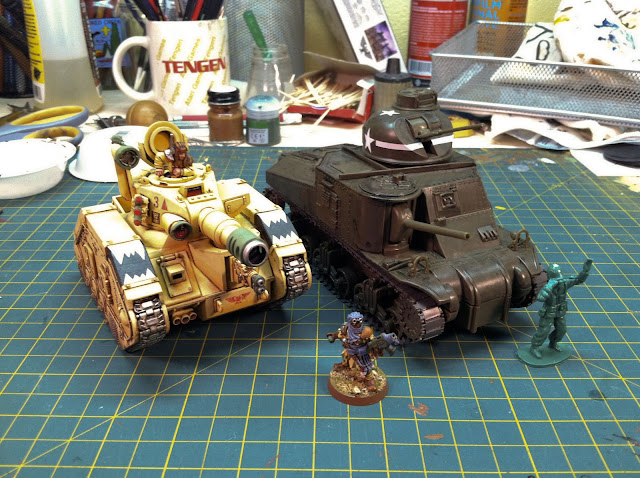 Here it is next to a vanilla Russ. 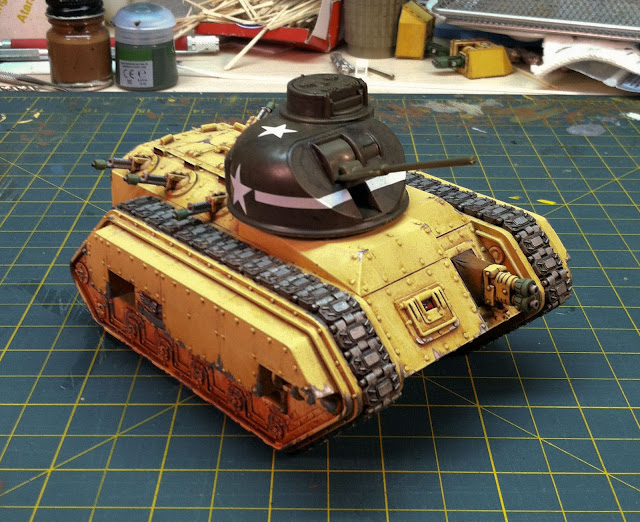 The turret is a bit too large for a standard Chimera. 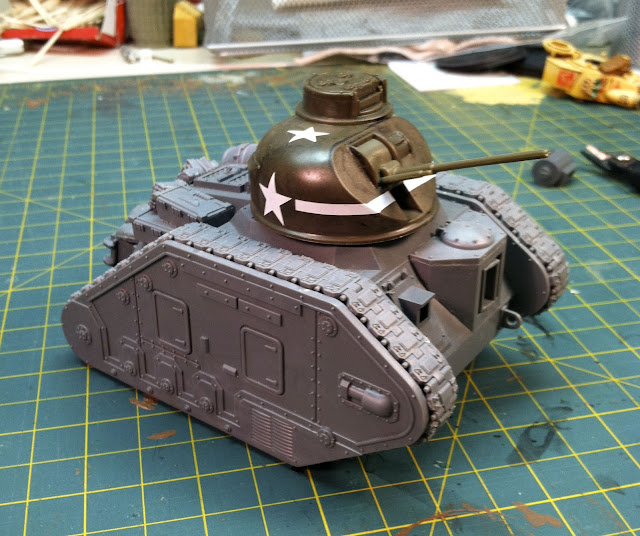 And it's a bit too small to look good on a Russ. 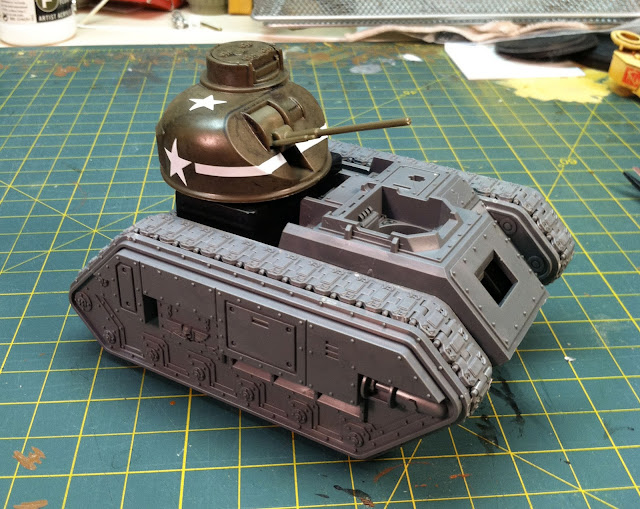 I think it would make for a good Hydra conversion though. If you stuck it on the back of a Manticore and swapped some assault cannons for the 30mm gun. 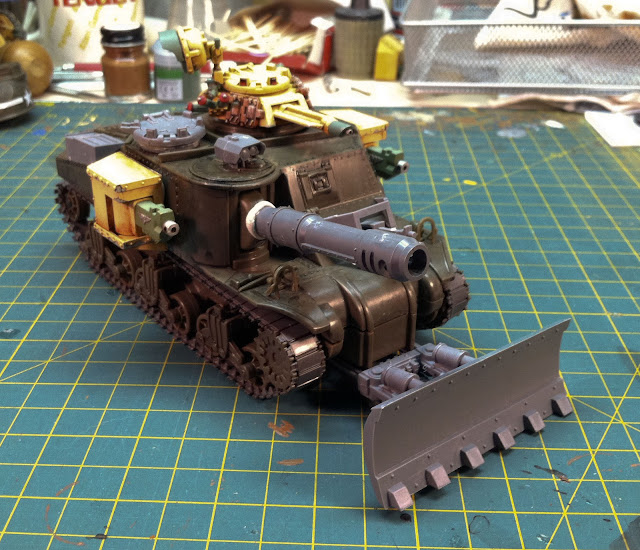 Here's the Lee body after being "40K-ized" with sponsons, a multi-laser turret, and a hull-mounted Vanquisher cannon. Not too bad. I dub it the "Leegranticus". After some dead Tallarn General from the Heresy. 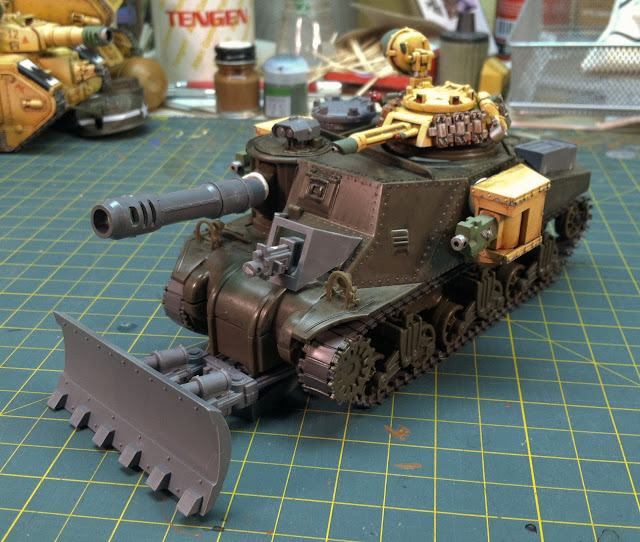 This is when I wish that I played Orks. :)

I can't just make up my own tank and use it competitively, but I can make a nice terrain piece out of this kit. Probably as a burned out wreck. I'm thinking that a big hole just forward of the port sponson would do the trick. With the Dozer blade bent to that side and the top turret facing whatever killed it.