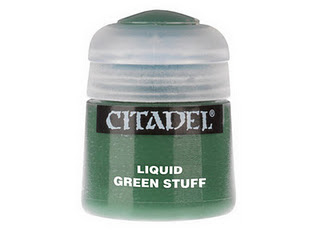 I'm currently working on putting together 2 squads of IG Veterans with shotguns using the Forge World upgrade kits that I bought way back at Adepticon. Anyone who's worked with FW resin kits knows how difficult it can be to fit them together properly. So hey! Why not give Citadel's new 'Liquid Green Stuff' a try? 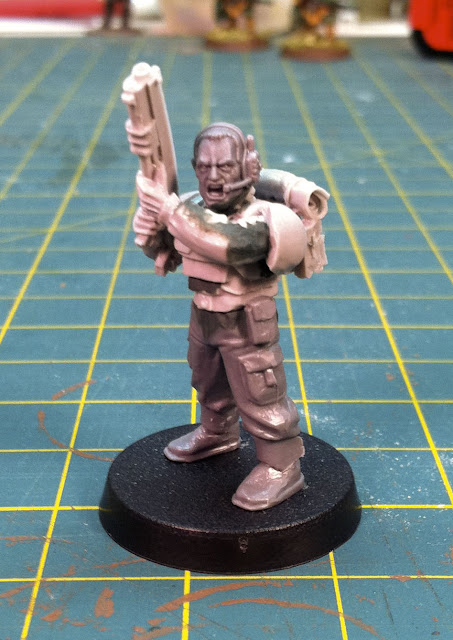 I wasn't quite sure what to expect when I opened up the bottle. But it's pretty much like working with thick acrylic paint. It's water-soluble, so it's easy to clean up. It also dries out VERY quickly. So you'll need to add a few drops of water to the pot every 5-10 minutes to keep a good working consistency. 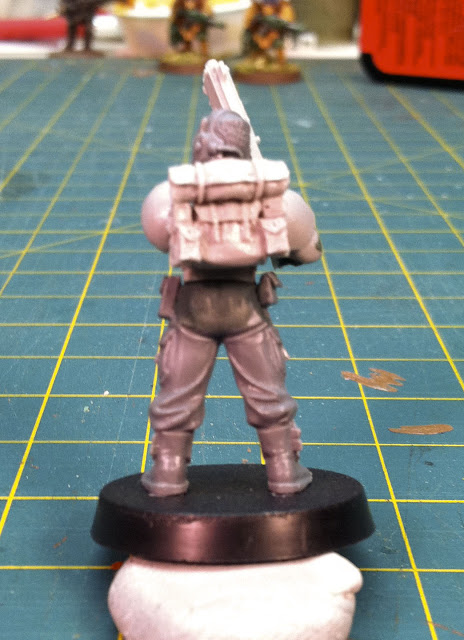 This stuff fills gaps and cracks quite well. 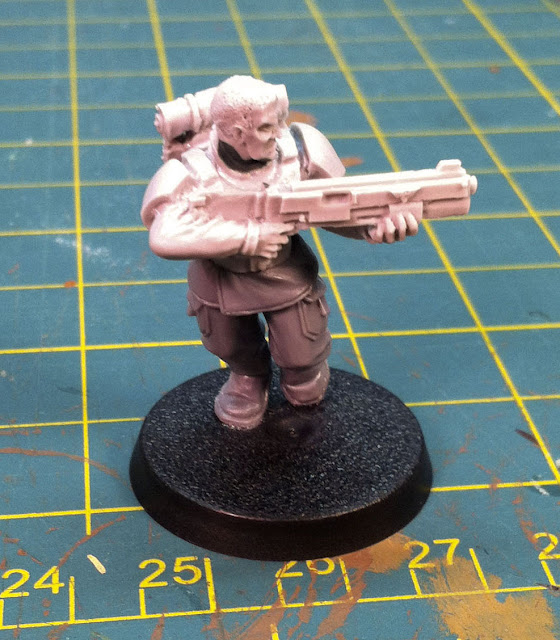 Though it does shrink as it dries, much like paint. So large areas will need a touch-up later when depressions form. The neck on this trooper has had 3 coats to get the shape right. 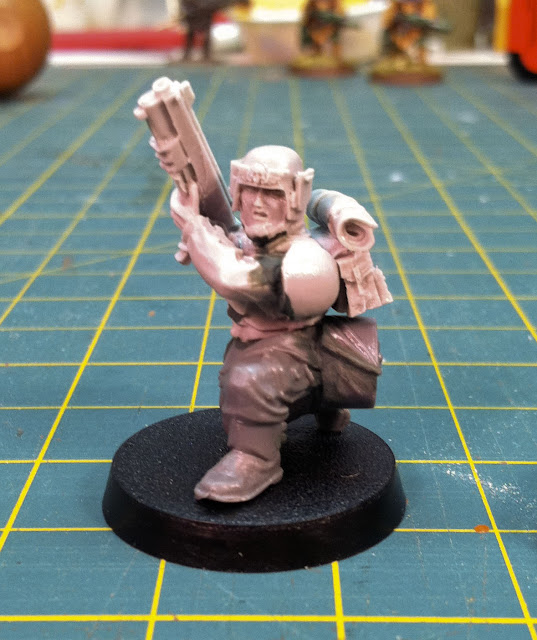 As I was using it, I thought that maybe GW had pulled a fast one and just thickened up their standard paint. But after the goop dried for a few hours, I was able to sand and file the areas I'd filled in. Which is something that I could never do with paint. Nice! 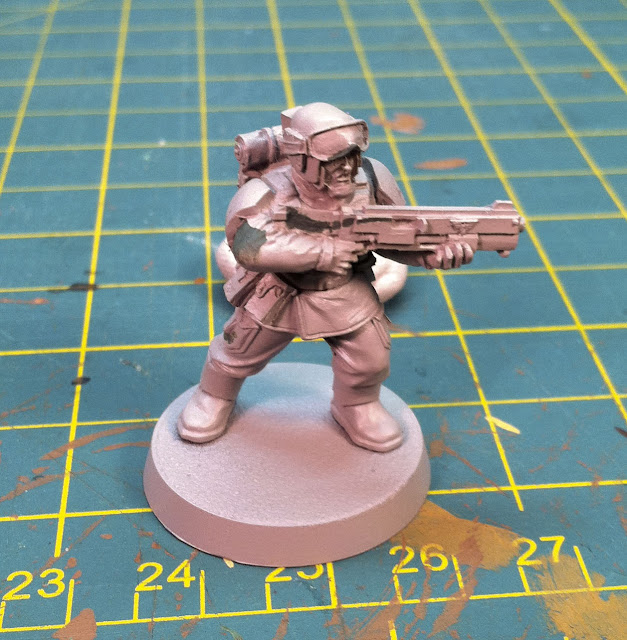 You have to get used to the idea of building up in layers with the LGS. You can't just glop it down and be done. On this and the next model, I was able to re-build the extremely thin edge of the trooper's goggles using 3-4 layers of LGS applied a couple of minutes apart. 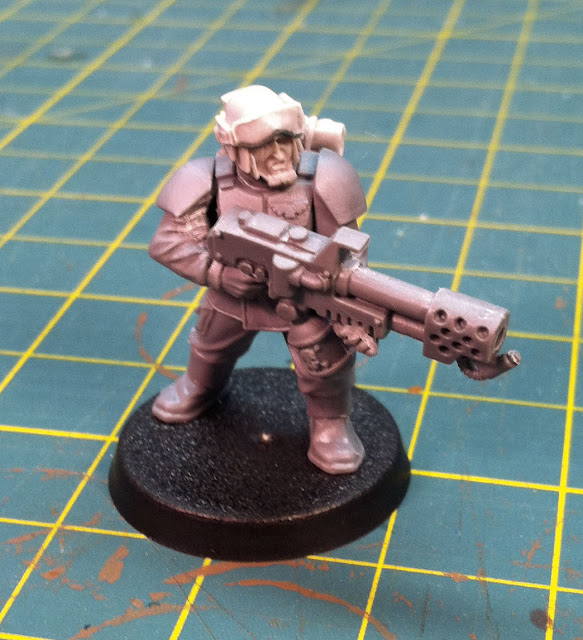 Even more so on this model. This is the kind of small detail that it would be difficult to do with normal green stuff quickly. But I was able to get it done pretty fast using LGS.

I'm imagining cool things like painting raised scars on models or using a sponge to dab on 'mud'. This is defiantly a useful hobby product, and one which I haven't seen before in a water based form.