Tease me the right way

We all like a good teaser. Something to tempt us, let us know what is coming, and what to expect. Something to excite and entice us.

So I get teasers every week from a gaming company. They show up in my e-mail, and let me know what's going on, and what to expect hobby and game wise.

It looks like this:
I get this e-mailed to me each week.

I can easily keep up to date with what's going on with Flames of War. I like it. It's easy. (yeah, the website gets updated on Thursdays, and the releases schedule needs to be caught up.)

which is a bit strange as a wargamer. Maybe strange for one being used to Games Workshop.

The Veil of Secrecy being levied due to both the Hobbit franchise agreements, and lawsuits with Chapterhouse Studio hasn't done much to help me feel that excited about GW's plastic crack. I've got to HUNT for information about upcoming releases, and many of those leads are just rumors.
The 'teaser' videos from GW didn't do anything for me honestly. I didn't feel enticed in the least bit by the music and artwork slideshow.


this is how Battlefront is teasing their next expansion:
Devil's Charge


‘We gamble everything now. We cannot fail.’

The Germans had been in retreat since the Allied breakout from Normandy, finally settling into defensive lines on their frontier as Autumn turned into Winter. In early December 1944 it seemed, to the Americans facing them in the Ardennes forests of Belgium and Luxembourg, unlikely that the Germans would attack.

On 16 December that illusion was shattered when the might of German Sixth Panzer Army smashed into the thinly-held US lines. The unexpected and powerful thrust overwhelmed some American units, while others fought with great determination and skill.


hmm sounds enticing. Especially since I like American forces. The Battle of the Bulge was epic. There's more: 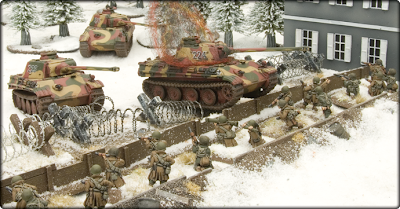 Inside You Will Find:


ack! pretty pictures! and a detailled account of things to expect out of the book. There's some historical fluff there too. Then there are the real things people want to see:
The available army lists.... 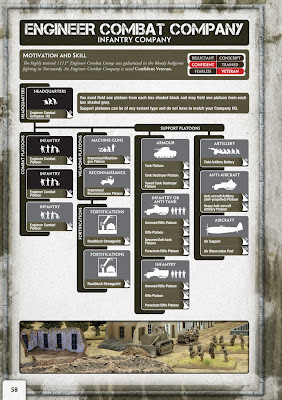 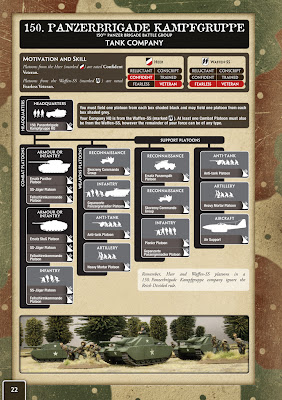 and YES, those ARE StuGs disguised to look like American tanks. Yes, those are the actual pages from the upcoming book. 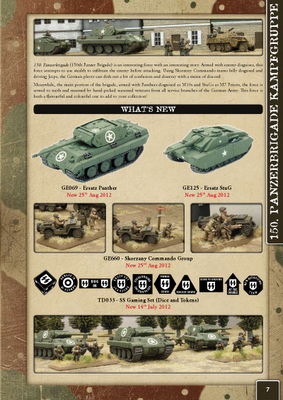 I'm excited about this after reading it. It looks like fun, and I'm not particularly crazy about late war. I like Mid War. This however, looks like it will be cool.

after that, I feel properly teased, and enticed.
posted by Farmpunk at 3:32 PM

Email ThisBlogThis!Share to TwitterShare to FacebookShare to Pinterest
Labels: farmpunk, Flames of War