The 6th Ed Rumors You Didn't Want To Hear 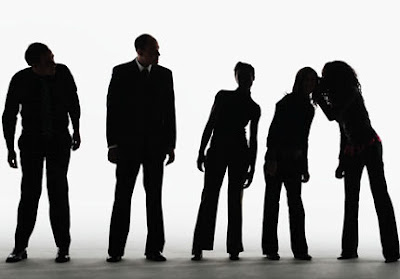 Tasty-Taste had another 6th Edition rumor release late last night. I haven't seen anyone else put these up yet, so I thought I'd beat BoLS to the punch this time. :)


Ok, let us get ready for some fun guys 6th is about two months away so let us set up some ground rules first off.
That leaked 6th edition pdf was and is still a complete fabrication.
40k 6th edition is going to be much closer to Fantasy 8th and 40k 2nd edition than anything else.
GW still has rumor lock down in place, so these leaks are for the most part things that have been seen before from previous editions of Games Workshop games. This is to protect sources from the long arm of GW.
Ok, with that said lets get to it.
Let us start with 6th edition fluff progression.
The Imperium is fracturing and the Space Marines are starting to separate themselves from the Lords of Terra. The heretical and xenophobia has gotten to a tipping point causing many chapters to take actions against the “best wishes” of many in the Imperium.
A discovery of galactic importance has happened.
At a time before right before the Horus Heresy the Emperor had intrusted Roboute Guilliman in the protection of one Xenos race that was completely immune the temptations of Chaos and would prove the ultimate key to the destruction of Chaos. The Horus Heresy ended such plans. Fast forward today with discovery of these lost correspondences, it is believed by the Ultramarines and others that the Tau are that lost race. So now instead of being charge with their destruction the Astartes are the Tau protectors.
Rules changes

Get ready for the Big one..

ALLIES ARE BACK IN

That is right allies are back in and this will be according to fluff and will have certain restrictions. So for instance Tyranids will not have any allies. Tau with all Space Marine Chapters. Necrons with Blood Angels. Imperial Guard with Space Marines. Chaos Space Marines with Demons. If it fits the fluff it will be done.

I find these rumors harder to believe than the 6th Ed 'Leak'. But they do fit in with GW's self-destruction of Fantasy and they way they always advance the fluff without really advancing it.

Frankly, I'm rooting for the 'Leak', as that game could at least be modified with some work to function as tourney rules. This? This would kill the hobby and return everyone to the basement.

I have seen a pretty good drawing of a Tau Stealh Suit crossed with Marine Terminator Armor though. So who knows?
posted by SandWyrm at 5:44 PM