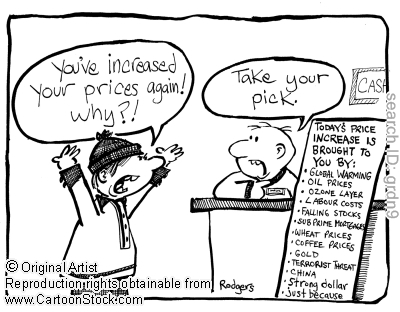 I know everyone has already been talking about the price increase that is about to hit us. We all know of the $82 storm raven, and the $75 landraider, but what about the other little things.

Basically all of the eldar aspect boxes are going up by $6. They'll now be priced at $41. Good thing almost any body who would want eldar probably already has them.

Tyranid raveners and warrior boxes are going up to 47 dollars. I remember when the ravener box came out about two years ago, we were outraged that they were $42 when the warriors were only $35, as they were comparable boxes. So they increased Warriors up to $42 for us. In two years the warriors have almost increased as much as the land raider (percent wise)

My favorite little gem is the increase on the Pyrovore. Anyone who has heard of a pyrovore can probably guess they aren't flying off the shelves, and yet they're increasing in price as well. First time was when they switched to finecast, and now once more up to $37.

Most tau models are increasing by 1-3 dollars, with the piranha going from $25 to $30. The exception being crisis suits, most likely because of new models down the line.

Almost all of the necron's stuff is also increasing by a dollar or two, the c'tan shards and the stalker. So buy your necrons today folks.

All I can really do is just shake my head at this horrible business decision. This close to a new edition, when the hobby is already waning and things are on the fence is not the time for this ridiculousness. I've already been only buying bitz and used models since the last price hike. I bought my first actual box in 8 months, last week, and it was a box of scouts.

With these new prices, I just don't see 6th saving the hobby nor the game now. I can still hope for it being good, but it is going to be that much harder to draw people in.
posted by TheGraveMind at 12:11 PM