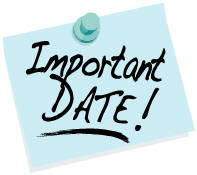 Just a reminder to all about another GT that is coming up soon.

Prize Support: Over $1000 (Not including the Champions Belt!!!)
Entree Fee: $45
Date of Even: Sept. 15th-16th 2012
Location: Fall Recruits which will be held at Lee Summit High School. (link to there spring recruits but this information is good for the fall hotels, directions, etc... http://recruits.mtswebsites.com/Site.php
Address: Lee's Summit High School (LSHS) is at 400 SE Blue Parkway, Lee's Summit, MO 64063

The full by laws and club rules for Frostreaver Association of Gamers can be found at www.frostreaver.net


Tournament Game Rules
1. Point limit will be 2000. 1999 is ok but 2001 will result in a disqualification so watch your melta bombs.
2. There is NO painting requirement. This is a change from most GT’s. We at FRAG have always had this rule and will continue to have it.
3. For rules clarifications we use in order the GW FAQ, INAT FAQ, Judges discretion.
4. Each round will be 2 hours, with 15 minutes after pairing are announced for setup/take down. If both players are ready they may start when ready. This means you will have 2 hours and 15 minutes after pairings are made, per round. When there is 10 minutes left a judge will announce it. Once that announcement has been made no new game turns may begin.
5. All games will play 6 game turns or until time is called. There is no rolling for random game length.
6. There are 64 spots available for this event.
7. Strict WYSIWYG. Small pieces of war gear do not need to be model, such as grenades or melta bombs. Of course counts as is, is in effect. If you have questions please feel free to ask a judge prior to the event. To contact a judge please post a question in the modeling forums under the FRAG rules and information forum.
8. No hand written lists. There are no exceptions to this rule no matter who you are. List must at a minimum be typed and have the point cost break down. We would prefer your main army copy to have a victory point break down for each unit to speed the scoring process.
9. If you board wipe your opponent you win the game regardless of missions.
10. The tournament will be 6 rounds, starting with 4 rounds on Saturday, then finishing the last 2 rounds on Sunday.
11. Winners will be determined based on who has achieved the most objectives in a given round. In case of a tie victory points will determine a winner.
12. It is very important you track victory points for each game as they will be used in seating and tie breakers.
13. The tournament champion will be the person with the best win/loss record. Followed by the person with the next best record and most victory points. This means the person who places 6-0 will win the champion while the two people at 5-1 will be placed based on there victory points.


Prizes and Cost’s
1. The convention badge its self will cost $5 paid directly to recruits.
2. Convention registration can be found here. http://www.frostreaver.net/forums/payments.php. The tournament will cost $45. If you attended Spring recruits your entry fee is lowered by $5 if you still have your certificate. If you pre register at least two weeks prior you will receive a $5 discount.
4. Monetary prizes will be given to the tournament Heavy Weight Champion who is the person with the best win loss record. Tournament Grand Champion is the person that is 5-1 with the more victory points. Tournament runner up who is the other person at 5-1.
5. Prizes: (There will be over $1000 dollars in prizes. If tournament sells out expect prize support to go up!)
Tournament Heavyweight Champion (Gets ticket to Bugeater GT in Omaha also gets the Midwest Massacre Championship Belt Resembles A WWE like Belt, 6-0)
Tournament Grand Champion (5-1 with most victory points)
Tournament Runner-up (5-1 with 2nd most victory points)
Bracket Winners (Highest victory points in each bracket)
DFL (person in dead F***ing last... yes you get a prize)
Door Prizes
Painting competition (details will follow)

Round 6
Deployment
Vanguard Strike
Objectives
Big guns Never Tire
The Relic
Get to the Choppa
posted by TheGraveMind at 7:07 PM