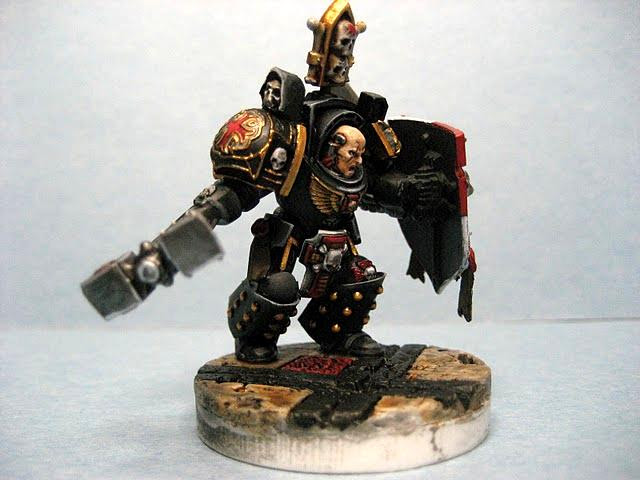 I took 9 Thunderhammer Storm Shield terminators.  I also added a Chaplain with them to make them fearless.  I could say they worked very well as I went 5-1 and obtained 2nd place in the GT.  My chaplain also had a storm shield with his power maul which although isn't strength 10 comes in at Str 6.  I took my foot grey night list with some new additions.  I feel the list was different for me without having a lot of long range shooting but was very effective.

No vehicles, no long range shooting, lots of scoring units with Grand Strategy potentially making every unit on the board scoring! Except the HQ's of course.

I can say that since 6th edition has started I was finally happy with assault in close combat.  The TH/SS terminators were just sick at soaking up fire and punching everything in close combat. Except 12 screamers which are just stupid!  I played some top level players in Kansas City and look forward to them coming down for the open.

I really liked the combination of the 10 terminators and 2 dreadnights moving forward with good mid-range shooting.

What type of combinations have you used in 6th that has been successful?


posted by Spaguatyrine at 9:49 PM