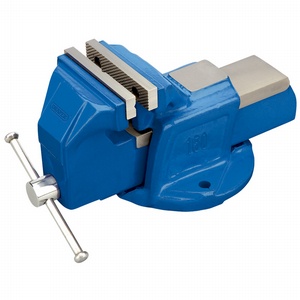 BoLS actually posted an interesting article yesterday. Where they got hold of some fairly candid comments from GW designer Robin Cruddice. Three points stood out to me...
The first we already knew, and it's dumb for a lot of reasons, but I'm going to instead focus on the last 2 items. Because they speak to the vice that GW finds itself in. They have products that are done, but can't be released because of their ownership by institutional investors. How does that work again?

It has to do with the expectations of their investors. We're not the ones that GW has to make happy. A lot of the BoLS comments expressed frustration, but not an understanding of the situation. So I'll break it down as simply as I can.


"What Does It Mean To Be Publicly Owned?"

Myu asked this question in the BoLS comments, and I don't think that most folks in the gamer community really understand the concept.


Being publicly owned means that the company has sold pieces of itself to the general public (folks you don't personally know) via one or more stock exchanges. Such as the Dow Jones or Nasdaq in the US. These pieces are called shares, and the price they go for is called the share price.

When a company "Goes Public", as Facebook recently did, they divide the company up into a set number of shares, keep some (usually), and then sell the rest. This generates a bunch of cash, which the company can then use to fund new projects. Pixar, for instance, used the cash it got from going public to self-fund it's movies. Instead of only getting 5-10% of what Disney sold their movies for (because Disney was paying for everything), they were suddenly able to demand 50+% of the take because they were sharing more of the up-front risk.

So shares get sold, and the company gets some money. Simple.


Once the company has sold all of the shares it was prepared to sell, the new owners of those shares will either hold on to them, or sell them again so that others can buy them. So long after the company got it's cash, the shares will still be circulating on the exchanges. The price for them will rise and fall each day according to demand. If lots of people want them, the price will rise. If only a few people want them, the price will fall.


So What's The Vice?

Once you go public to get that initial mound of cash, you're beholden to the folks who buy your stock. Because they're now co-owners of the business. In the US at least, you're required by law to look out for their 'interests'. Which in practice means either keeping your stock price up, or paying dividends (cash payments) to the shareholders. Or both. If you don't look out for their 'interests', you can go to jail, or at least be fired from your company if your shareholders get mad (and organized) enough to complain.

If any one investor gets enough of your shares, they can also start putting pressure on you to do what they want. Else they'll sell off their block of shares and drive the stock price down. Then your other investors will get edgy and either sell themselves, or start complaining to the authorities that you're not looking out for their interests.

If one investor, or an organized group of them, can get hold of 51% of your company's total shares, they can essentially take you over. They can't take away your shares, but they can fire you. As Steve Jobs found out back in the 80's. He still owned a big chunk of Apple, but he no longer had a job or a position in the company.

In the extreme cases, you might fall victim to a guy like Mitt Romney; who used to partner up with others to take over public companies by buying up 51+% of their shares. He'd then carve them up into pieces, restructure this and that, and then sell them off for a tidy profit.


So How Does This Affect GW?

Well, lets look at who owns them.

These numbers are from GW's latest annual report, plus 2 updates they've posted on their investor relations site. So right now they're 51% owned by 4 institutional funds. These are companies that pool the money of investors, pay them a set return, and keep whatever they make over that as profit. Often they're feeding public or private retirement funds.

Last time I looked, GW was 68.5% owned by 5 institutional investment funds. Make of that what you will. I blame/applaud the recent dip in GW's dividend payments and their rising stock price. It probably makes more sense for the funds to sell their shares now for cash, as opposed to sitting on them for the dividends. I believe this is a good thing.

Since these funds are looking to provide a steady return to their own investors, their goals are different than an individual investor who may pour over the details of the company. Institutions don't have the time or the inclination to study an investment in depth. They want predictable performance, not wild roller-coaster rides of profit and loss. They could give a toss about quality of product. To them, GW is a system for generating money. Either in dividends paid out (preferred), or steadily rising stock prices (which can be sold or borrowed against to generate cash for the fund).

If a stock doesn't perform to these funds' expectations, they will sell it. Simple as that. They're constantly buying stocks that meet their performance criteria, and selling ones that don't. They have set metrics and rules that govern what they do.

So that's the vice that's squeezing GW. According to Cruddice, they can't just make cool stuff and sell it when they want to, because then their quarterly performance would go up and down like a roller coaster. So they have to keep their investment returns smooth and predicable. If they don't, their institutional owners will sell them off. If that happens too quickly, their stock price will crash, and a Mitt Romney will come along, snap them up, and then sell them off in pieces. Maybe Hasbro buys a few parts they like.

Which is a long-winded way of saying that GW is obsessed with matters that have little to do with giving us new rules and toy soldier models. Or even growing their customer base. Because as a public company they have to worry about their institutional investors first. It explains a lot about GW's seemingly bizarre behavior when it comes to releasing, or not releasing, products. Or why Fantasy and 40K (and soon LoTR again) have to coexist within the same crowded release schedule. Or why the prices have to go up every year. It's all about being smooth and predictable.

On the bright side, the percentage of the company that's owned by these investment firms is shrinking. So maybe in another 2-4 years they won't have the same anchor dragging down their release schedule. Maybe that's a very deliberate strategy on the part of GW's board, with the changeover in CEO from Kirby to Wells. Who knows?