I Knew This Day Would Come... 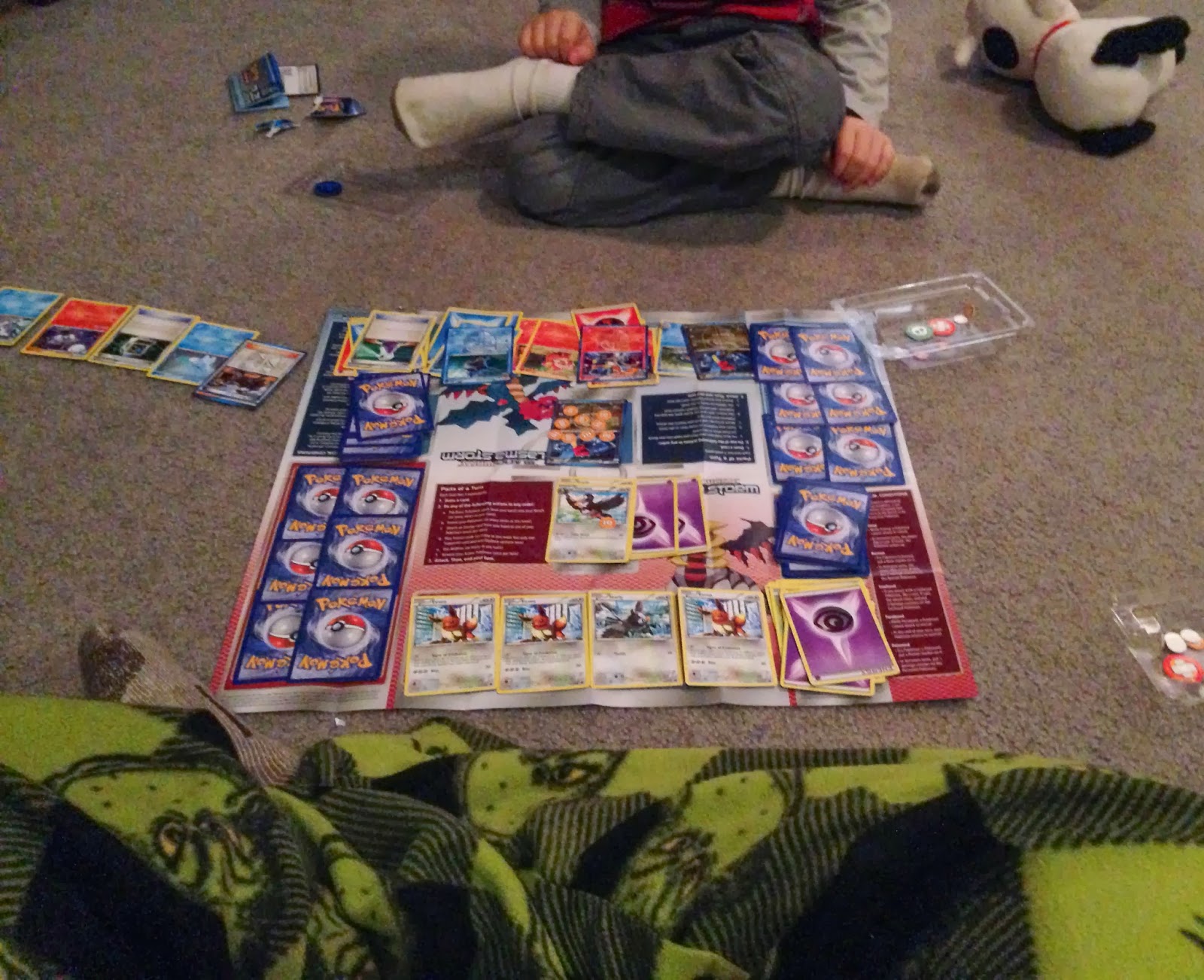 It started innocently enough with some free cards. Cast-offs from the other kids on the bus. Then my 7 year old asked if he could join the club after school. Mrs. Sandwyrm, not really knowing what a CCG is, signs him up before I can warn her off. Too late! She paid the fee and says we're now committed. The handout from the school then comes home, revealing that he has to bring his own cards. Next thing you know, we're at Target looking for a couple of starter sets.

It has us. There's no turning back now.

As we play our first game, I'm amazed at how quick it is to pick up. Yet there is actual depth too. I also start seeing all the hooks that are buried in the starter decks. If we just had more energy cards... If I had one more of this guy...

I have flashbacks to my MTG days. But this... Much as I hate to admit it, this is a better game.

I know we'll be back at the store once he starts losing cards to his opponents. As he gets better, I probably will too. This is some finely polished card crack here. :)

How much does he like it? "It's just a little bit better than X-Wing." Which is saying a lot.

By the end of the game he's rawr-ing and trash-talking like the best of them. His dragon-monster is knocking all of mine out of the game with one blow each.

I manage to fend him off, but my deck runs out first. "Rawrr!!! I'm the Pokemon Master!"

What have I done? And... How can I get Farmpunk's kids hooked?