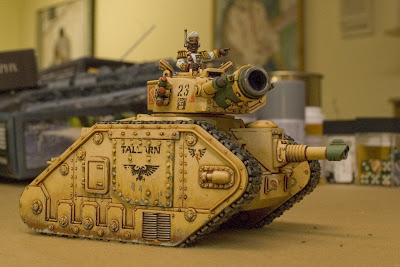 No, not the in the tourney. Not even close. But I did win first prize in the painting contest with my old-school Demolisher (above). Which is funny because until the night before, that tank, which I originally painted in '99, had a gaping hole in both sides from where I pulled the sponsons off.

The tourney was a lot of fun. I'll do a full write up on it later, as will Farmpunk. But for now I thought I'd brag a bit about my "big win". :)
posted by SandWyrm at 4:29 PM