What lurks in the woods 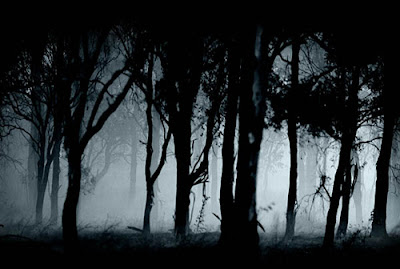 I want to talk about terrain. Using it and not using it.

As a tyranid player, I used to love it when there was plenty of terrain on the table. I was all like "YES! Give me more cover!!" Now I hate it more than mech players. Mech doesn't hate it as much as it doesn't really need it. They hide in their METAL Boxes, and are safe, and then hide behind the wreck when needed. And then there are foot lists. Some foot lists (footdar?) don't mind sitting back in cover where needed shooting. Jumppack marines have marine saves and grenades and so can quickly move up with out problems. Orks have a low enough initiative, the ablative wounds and threat potential that they don't mind moving up through cover.

As tyranids, I avoid cover like the plague. It may seem counter intuitive, but let me explain. And before anyone else catches on, this will mention the lack of grenades, but will not be a rage/rant about it.

Tyranids are generally not known for their great saves, we make extensive use of the term glass hammer. So it would seem we would want to hug cover. Well that is true and untrue at the same time. What the new codex has done is the means to bring our own cover with us unlike anything else before. With tervigons and Venomthropes, we can layer and screen incredibly efficiently. With this mobile cover, I can march my forces straight down the middle and be just as protected as anything else. Gaunts can get the 5+ cover, and maybe give them FNP if I really need them to live. Behind that are hive guard and such getting a 4+ and they can hopefully give some MCs 4+ cover as well.

And now, with my weak units that can attack hard, and that I'm paying for the high initiative state line, that do not have grenades [Glares at genestealers, Raveners, Hormagaunts, Regular gaunts, Hive Tyrant, warriors] they can jump out from behind my other units and attack at full strength. Genestealers are a great unit, but when I lose 7 out of 10 before they get to attack because I had to hide them in cover for 2 turns, they are not that effective.

What does this lead to? Board control. You can flood the board with gribbles. They rush forward when needed, they fill in the spots between terrain pieces. There is a certain ebb and flow as you shuffle them around. And then there are the Icebergs that are the MCs and other units hiding just behind. Tyranids can sit in the middle of the board, well screened and can dictate when they bring their full power to the front.

This may not all be ground breaking, but it is something to consider the next time you play against tyranids. You know they will take the center, plan around it. Try to attack them from two sides, make them spread themselves too thin.
posted by TheGraveMind at 3:54 PM