How AnonymousFoodie got into 40k 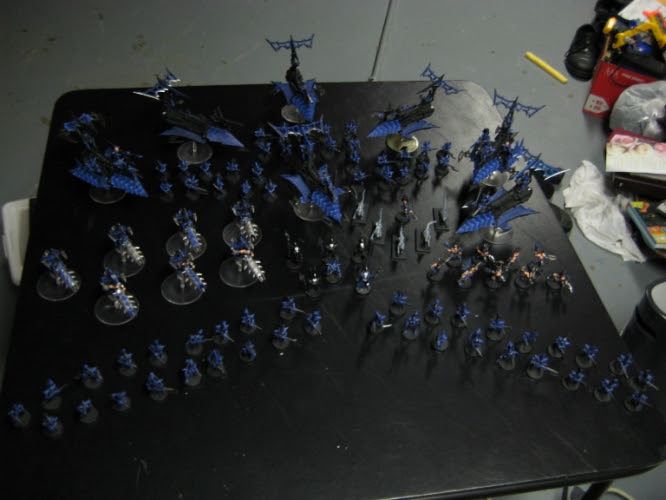 The quick and dirty of how I got into 40k is that I had a few friends that played, and being the typical dork that I am, was easily seduced by the flavorful game that we all know and love.

Most of you know me as the resident Dark Eldar guy. But, as it turns out, things were not always thus. My first army, you ask? Well... 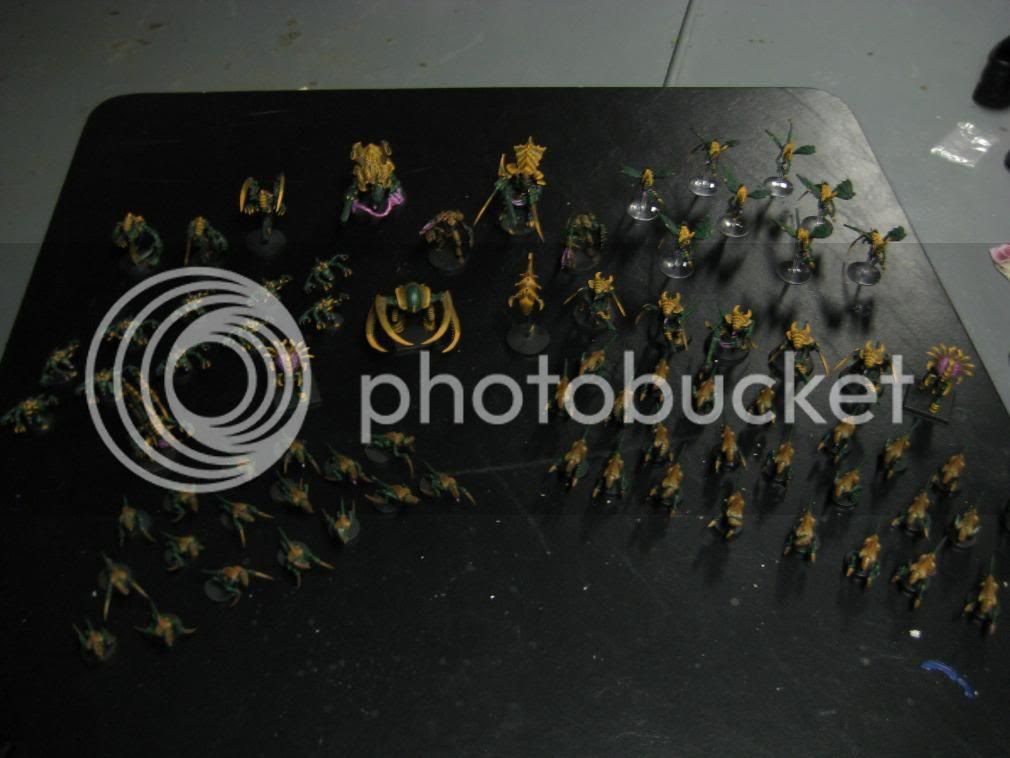 I started Nids a bit over 10 years ago... it was back in the beginning of 3rd ed, before they had a codex (other than what was in the BGB, that is). Compared to most people, I probably went in a little blind. Guided only by the fact that I played Zerg in Starcraft and my friends said they would be a cool army to have because few people used them, I decided to pick them up.

My early 40k years are spotty and foggy at best. In part because now, at the ripe old age of 24, my early teen years are little more than a blur. The main reason, though, is because I was slow to paint, played relatively little, and always had the hobby as something on the sidelines.

Nonetheless these were the formative years, and despite having chosen my army on a whim, I never regretted my decision. Years later (about 6-7 years ago at this point) I got into Dark Eldar. I was in the mood to switch things up, and was drawn to the speed and maneuverability of the army... but that's a bit beside the point.

Just as important as what got me into the hobby, I think, is why I've stuck with it for so long (and plan to keep going, for that matter). For one, it's just a fun game. Despite GW sometimes being the cause of much frustration with bad wording and tricky rules, it's a fun system, and that's why I wanted to get into it - to have a good time. If you feel adventurous, it's pretty easy to come up with house rules, scenarios, narrative story lines, and whatever else you feel like tossing in.

One thing I love about the hobby is that the player base is so widespread. When I was in Charlotte for school, it was easy for me to find a store nearby to play at. There are few places you can go and not have a chance to find a group of players. And beyond just finding a game to play once a week or so (depending on how much life gets in the way of these things, that is), it comes with a group of people that you automatically have something in common with. Never hurts, especially when you move halfway across the country for a year. Okay, moreso down than across in my case, but the point stands.

So I guess the short version is that I got into 40k, like a lot of others, because of my friends... and I've stayed with it for the same reason, even if the people along the way have changed.
posted by Anonymous Foodie at 2:52 PM