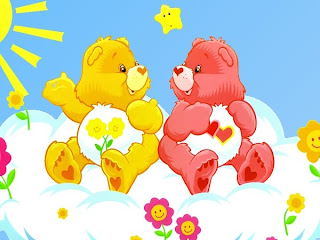 As Promised here is a wrap up of my experience at 'Ard Boyz in the greater St. Louis area.

The Day started off Early, Probably way to early to make sense but there you go, I got up at 5:45 to meet a friend and my ride at seven. From there we headed over the river to make breakfast with another player before heading out to the tournament. There were several events being held through out the area but rather than trying to game the system I just stuck with the shop were I play weekly (Fantasy Games ), besides I prefer the laid back atmosphere there. It also helps that the guy running the event is knowledgeable on the rules, not as common as one might think.

We had a total of eight players show up, less than what had signed up but what are you going to do? Also by a weird twist of fate seven of the eight player were playing some type of marine, the only exception was the ork army that took third. But I am getting ahead of my self.

I brought the list that I posted a few days ago so I wont bother re-posting it here, the same goes with the missions. The basic format that I am using is introducing the opponent and the table followed by the op4 list then a brief summary of the round, feel free to skip to the parts that interest you.

Round One
My first round pairing was against a home brew Purple Marines chapter that was straight codex with no named models. The player was a younger kid who's rhinos have to be older than he is, every rhino chassis that he fielded was from second edition. While I have never been a fan of the old rhinos I must say I was impressed by how the army looked on the field. The fact that he had also stayed up to finish painting the army made me feel like a real slacker. It turns out that not only was he playing every model that he owned for the army he also had never played the army before. Note that I said army not list, it was his first time playing C:SM, not sure that I would have the guts to show up to a ten hour tournament with an army I didn't know. At any rate he proved to be a great opponent who made very little in the way of mistakes, unlike me.

The board we played on featured a lot of LOS blocking terrain, as a rough guess about half of the board was covered by said terrain. The board was set up to create what looked like a loading area for a large dock. There were stacks of shipping crates laid out in neat formations along an open road. It was impossible for any one model to see the entire board with out standing on the stacked boxes. Seeing all of the shooting arrayed against me I was very happy to see this board.
His list was as follows:


I won the roll for first player and took first turn. I hid most of my army behind the crates except for a couple of rhino's which I sat up in a box formation on the road. I wanted to use the rules for roads to reach him no matter where he deployed, by second turn at the latest. I would not survive a prolong firefight with this list. He then deployed much as I had thought he would by castling up his fire base in the far corner screened by a picket of rhinos.

There was no seizing of the initiative shenanigans and I proceed to try to bum rush him hopping to get enough across the no-man's land to still win in hand to hand, everything that is except the box of Rhinos which I cunningly left open and exposed on the road idling their engines. In fact I forgot about them until the very end of my shooting phase when I was sweeping over my field making sure everyone that could fire had. My opponent graciously offered to let me move the rhinos out of turn but I couldn't do it, not at an event like this.

Luck was on my side however as in my opponent's turn he failed to hit or to wound with anything, I often hear people complain about their dice rolls but I have never seen such a bad run of the dice. This trend continued on into his next turn, by the time he was actually able to wound anything it was in the third turn and my entire force was already in his lines. The results were what should be expected by turn five when the game was called I had almost tabled him with very little loss to my own army. Not much more to say about the game, however I would like to comment on my opponent. He had abyssal luck but never once did he lose his cool. He kept on smiling and playing the game through till the end. Even when it was clear that he no longer had any hope of drawing out the game he still made an end game run on the objectives in my DZ in an effort to lesson the defeat. This high school kid put a lot of adults I know to shame with his level maturity.

Result: I go into round two with 24 battle points.


Round Two
My Second Game was against one of the guys I meat up for breakfast, another great guy who also happened to bring followers of the gods of style. The board we set up on was a small village on one corner with a series of built up hills on the opposite side of the board. Where as my first game LOS was hard to draw for any distance, here LOS blocking terrain would be hard to find. The no man's land between the two sides was almost completely barren of terrain. As far as painting I think only one of his defilers was unpainted. Man stripping my army was a dumb ideas. Any way his list is as follows:

My opponent won the right for first player which he took and proceeded to set up on the hills insuring that his shooting would all have LoS. He ringed the base of the hills with a defensive of PM and a unit of zerkers with kharn acting as a counter assault element. Set responded by setting up to take the buildings turn one with my fire base and to move out in a broad pincer move with the assault units. The plan was to hit him on one flank and the center depending on which flank was weakened the most by my shooting. I failed to steal the initiative and took a pounding from the defilers over the next two turns while I moved forward and silenced his oblits and Prince. I eventually was able to double charge his center while staying away from his zerkers and terminators which drop in next to the zerkers. The last couple of turns ended with me kitting his hammer units while the PM took table quarters. However I failed to kill his most expensive units, namely the terminators and Kharn and company which cost me the win. I have no excuse other than I am stupid. For what ever reason I was keeping track of KP and not VP in my head which I was solidly up on. When we do the final tally there are less than 100 vp between us.

Round Three
At the top of round three I am four points ahead of second place and ten points a head of third and forth place. At this point it could literally be anyone's game, which makes for a good round. I was paired up against a really nicely painted Crimson Fist army lead by Pedro. Yep another fully painted list went up against the primer/ gray boys of Chaos, man I need to put paint to brush. The guy who was facing off against is a super nice guy, no matter what happened I was pretty confident that this would be a close game that I would enjoy. Then I saw the board I was playing on, and I cried. We were playing on a blasted city table with no open lanes for my 3kp rhinos to move through. Awesome not only were they easy KP they also were going to be rolling for difficult terrain each and every time I moved them. Enough of the drama here is his list:


Total Roster Cost: 2498
My opponent won the roll for first player and stuck me in the “open” so that he would get clear lanes of fire on my army as it rolled across the table towards him. He then proceded to set up a fortified gun line and reserved his terminators and rhino unit to counter what ever tricks that I could come up with. Eying the board and his placement there was no way for me to not get hammered first turn so I gave up the extra 12” and left everything in reserve and separate. The idea was that I could adjust my plans based on where his pods landed and the hope was to use his own forces to create cover for my oncoming vehicles. There was no desire for me to seize anything so went on to turn one.

Over the first two turns he had the board to himself and his entire army came in before I place anything of mine on the board. He had a couple drifts from the pods that landed him in my DZ, and he decided to reinforce the beach head into my area. In the process of doing so both his land raider and rhino were immobilized on the terrain, forcing the tac squad to stay home and the terminators to foot slog towards my side. In retrospect he was too aggressive before seeing what of mine came on, as it was he was laid out in three lines, which were not able to effectively support each other. When my turn two came around the only things that I had stay off of the table were a unit of berserkers, a rhino, and a dreadnought. I hit his forward element with my entire force and while my berserkers lost to Pedro and company, they died on his turn allowing me to put enough shots into them to take the remaining strong points of his front line. After that the game was me isolating and ganging up on one of his lines at a time. There was not much he could do except try for the rhinos which I hid behind one another and what ever terrian they could find while the rest of my army marched up the field.

Result: In the end I scored 24 points which brought me to a total of 61 battle points and first place.

The final placement was me with Chaos in first, Space wolves in second at 45 battle points, and the ork Player that I rode in with finishing up in third place with 38 battle points. For any who are curious the final point spread was as follows; 61, 45, 38, 34, 34, 33, and 32. My first and third opponents tied for forth and fifth with the purple marines edging out the blue marines in vp. I had a great time and was very glad that my fears of WAAC lists and jerk players was not realized, in fact the only meta list ended up in last place. There is more than a little poetic justice in that.