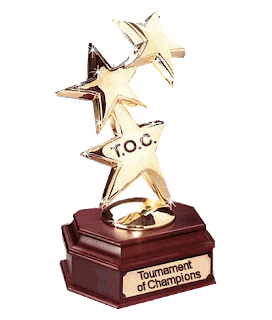 I've been plugging our upcoming local tournament on my blog as of late, and I wanted to open up a discussion with the gaming community at large regarding tournaments.

As this is my first time running such an event, it is important to me to "fix" some of the issues that I have had with other local tournaments.  The primary things that I wanted to address are:


What are some other things that you have been disappointed with in your local tournaments?  Am I missing something here that would prevent you from having a good time at an event?  What would you like to see in a local, or even a national event?
posted by Wienas at 5:01 AM

Email ThisBlogThis!Share to TwitterShare to FacebookShare to Pinterest
Labels: Tournaments