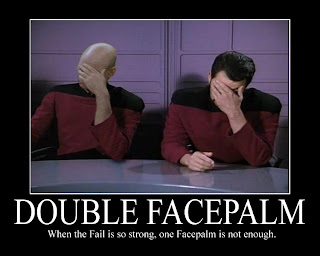 Well, GW has done it again.

Maybe you've heard by now that the crappy 'Ard Boyz missions were actually written the night before they were released (un-tested) by a Virginia GW store employee (not a designer, a red shirt). Maybe you also heard that he competed in the tourney using an army that was, um, optimized for the rules he had written. Rules that would, especially in the 3rd mission, screw over mechanized opponents for his Ork Hoard.

Well to put a cherry on top of this fail-sundae, we have this interesting bit from Protem. It seems GW has let the domain registration for the site used to register the 'Ard Boyz results lapse, allowing it to be snapped up by cyber-squatters. He says:


do you know if anyone has noticed that the site that GW put on the 'ard boyz rules sheets for submitting scores, etc doesn't belong to GW anymore?

gwuscommunity.com has been squatted - it looks like GW let the domain expire back in february.  i'm wondering if this will have an adverse effect on setting up the next round.

Well of course it will. I wonder what the GW district managers think of all the extra work they'll have to do now.
posted by SandWyrm at 5:04 PM