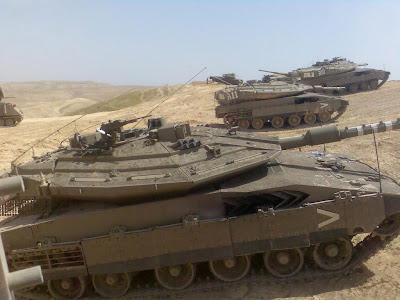 I have been reading the blog for a while and to me it seams like Sandwyrm is one heck of an experienced Imperial guard player, and thats why i would love to get some constructive criticism on my planed imperial guard list.
it goes a little something like this :

Thanks in Advance and i wish you all a happy holiday.

P.s As thanks i might send you guys a picture of my army if i one day mange to finish painting it all.

Only things I'd change are dropping a plasma on the CCS, and dropping the AC/GL on the PCS in favor of 3 melta, and dropping them out of a vendetta for a surprise. I'd also like to see a commisasar or something to make the Platoon stick.

It's not a bad list at all. It's efficient and covers all the basics. But it doesn't quite synergize to my liking.

When I look at a list, I like to have a feel for how it's going to play on the table. Specifically, is it a defensive force or an offensive one? Is it largely static or mobile?

I see this as a mobile list that can't quite shake it's static elements.

Chimeltas, Russes, and Vendettas scream "mobility", while the Manticore, Platoon, Fleet Officer, and (to a lesser extent) the Psyker Battle Squad are more static in nature. Why would you drop high-scatter pie plates on the enemy if you're going to be up in his face?

Pick one. Either go with Platoons and cheap Artillery, or drop the static elements for more mobility. Personally, I think that mobility trumps firepower every time.

A 4 Plasma CCS is good for guarding the backfield while ordering around a platoon that's sitting on an objective. But if I'm going to order platoons around, I'd rather have 2 of them to maximize the effects of my orders. And maybe (but not always) Commissars to keep them in line when I need to.

In that sort of build your PCS squads should take 4 meltas and a Chimera for a cheap (but just as effective) version of a Vet Chimelta. Or you can put them in the Vendettas for some alpha-strike ability.

If mobility is your game, then swap in 4 Meltas and let your CCS lead the charge into mid-field.

Psyker Battle squads are kind of meh now that so many armies have effective Psychic defense. Orks will hate you, but Space Puppies will laugh instead.

The third Vendetta seems like a bit much. I've never needed more than 2 of these myself. Especially if they're backed up by more infantry squad autocannons.

The Russ needs a Heavy Flamer instead of a Heavy Bolter. Heavy Bolters are ALWAYS fail. They just suck at everything and screw up your wound allocation.

I'd probably go with 2 Demolishers and a Vanilla Russ myself.

Any more tips from the readership?
posted by SandWyrm at 1:58 PM